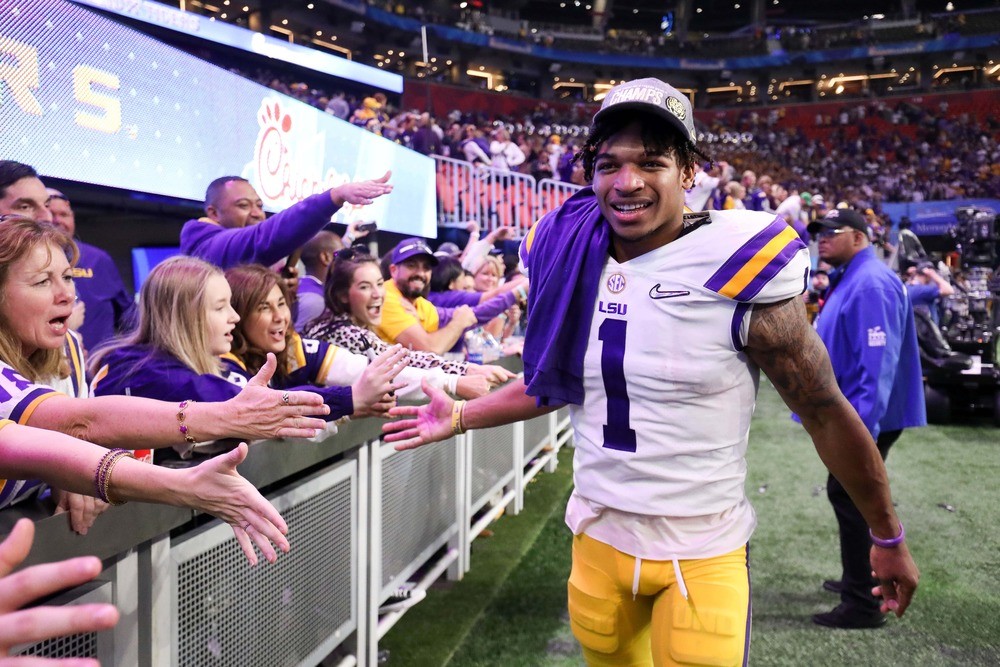 At this point in the college football season (you know, the very last game), oddsmakers have a pretty good handle on teams. They know LSU and Clemson inside and out. And they aren’t idiots. The line is at LSU -5 for a reason; the total is at 67 for reason. Those numbers may look enticing to the amateur bettor, and maybe your inclination on either Tiger team and either the over or the under will be correct (check out our free college football picks for those bets). But there could be better opportunities out there; there could be lines out there that are not as accurate as the spread and total.

Let’s take a look at some of the National Championship prop bets that involve some of the top individual talent in this game.

What is the best—and only—defense against Joe Burrow and top-ranked LSU? The answer is offense. Keeping the Bayou Bengals off the field is the way to do it. And the way to accomplish the latter feat is by running the football, keeping the clock moving, and shortening the game. Enter Etienne. The junior from Jennings, La. is averaging 8.0 yards per carry and has rushed for 1,536 yards in total. He has exceeded the 100-yard mark seven times in the past nine contests. And it’s not like he lost a step while gaining just 36 yards on 10 attempts against Ohio State in the Fiesta Bowl. Etienne also caught three passes for 98 yards and scored three touchdowns.

It is true the Burrow slings it around more frequently and with more success than any other quarterback in the nation. But 40 attempts are a lot, and even Burrow has only reached that number twice during the 2019-20 campaign (he finished with 39 against Oklahoma in the Peach Bowl). As mentioned above, Clemson is surely going to do whatever it can to limit the number of possessions in this showdown.

This line is a classic overreaction to what transpired in the College Football Playoff semifinals against Ohio State. Lawrence rushed for 107 yards in Clemson’s 29-23 comeback victory, highlighted by his 67-yard touchdown scamper late in the second quarter. The sophomore is not going to throw his body around against LSU like did during desperation mode last month with the Buckeyes leading 16-0 at one point. Look for more passing and more handoffs to Etienne on Monday night.

Chase is the third favorite to find the endzone first in Monday’s National Championship, trailing teammates Clyde Edwards-Helaire (+600) and Justin Jefferson (+600). Heading into the Peach Bowl, Chase had 73 receptions for 1,498 yards and 18 touchdowns. The Sooners limited him to 61 yards on two catches while letting everyone else—especially Jefferson—roam wild. You can be sure head coach Ed Orgeron will want to establish Chase early against Clemson. And there is no doubt the ACC champions will pay more attention to Jefferson than Oklahoma did.