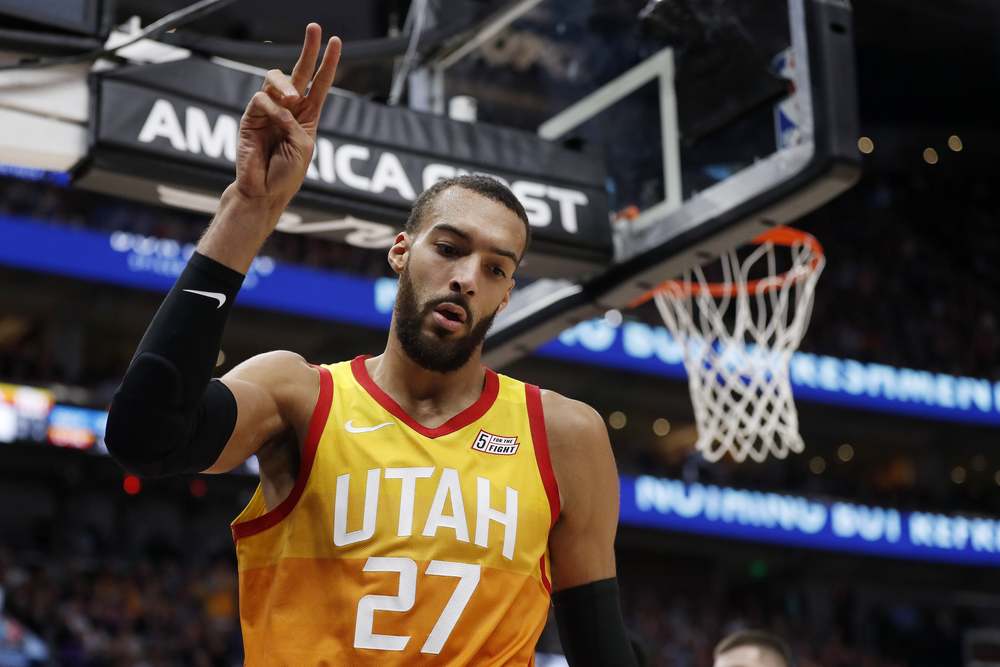 Just how good are the Utah Jazz?

Is it time to start treating the Utah Jazz as serious contenders? Their current nine-game winning streak has them at 27-12 and tied for second place in the Western Conference with Denver. That record is tied for fourth best in the entire NBA (also with Miami), trailing only Milwaukee, the Lakers, and Boston. The Jazz are 15-3 at home, and home is exactly where they’ll be playing for much of the playoffs if they continue at this rate.

No Conley, no problem?

But will the Jazz be able to keep it up? Well, they actually might improve when Mike Conley returns from a hamstring injury. Conley has missed the last 12 games, having not taken the court since Dec. 17. The 32-year-old is averaging 13.6 points, 4.6 assists, and 3.3 rebounds in just 29.4 minutes per game.

Conley generally makes everyone better around him, too—especially Bojan Bogdanovic. With the longtime Memphis point guard in action, Bogdanovic shot 47 percent from the floor and 44 percent from three-point range. Since Conley got hurt, the Croatian’s numbers have plunged to 44.5 percent overall and 41.5 percent from deep. Over the last 10 games, Bogdanovic is dialing long distance at just a 30.4 percent clip.

Even with no Conley and a struggling Bogdanovic, Utah is thriving. Donovan Mitchell has assumed most of the ball-handling duties and he is delivering 24.2 ppg, 4.4 apg, 4.4 rpg, and 1.1 spg. Joe Ingles (10.8 ppg) has reached double-figures in 14 of the past 15 contests. Five times during this stretch he has poured in at least 20 points.

Ingles is benefitting greatly from working pick-and-rolls with Rudy Gobert, who is without question going to receive an all-star nod for the first time in his career. Gobert is averaging 14.8 ppg, 14.4 rpg, and 1.9 bpg heading into Tuesday’s date with Brooklyn (check out our free NBA predictions). The 27-year-old is the anchor of a defensive unit that is allowing only 105.7 points per game, third fewest in the Western Conference (a mere 0.5 points more than the Lakers, the No. 1 defensive team in the West).

After Ingles moved into the starting lineup because of Conley’s absence, head coach Quin Snyder’s bench was sorely lacking. Enter Jordan Clarkson, who the Jazz acquired from Cleveland in exchange for Dante Exum on Dec. 23. Clarkson is averaging 15.2 points in 25.6 minutes through nine outings with his new team. Fellow reserves Emmaunel Mudiay and Jeff Green (combined 15.8 ppg) are also logging important minutes.

The only real question is if this club can come up big in the playoffs. Utah has been feasting on weak competition, to the extent that it has defeated only one opponent with a winning record (the Clippers) since Nov. 8. The Jazz have knocked off the Clippers twice, the Bucks, and the 76ers. They will have to do a lot more than that before anyone can say with certainty that the Jazz can beat one (or more) of the best teams in the NBA in a best-of-seven series.