NFL Draft 2020: Which Cornerback will get drafted first and second? 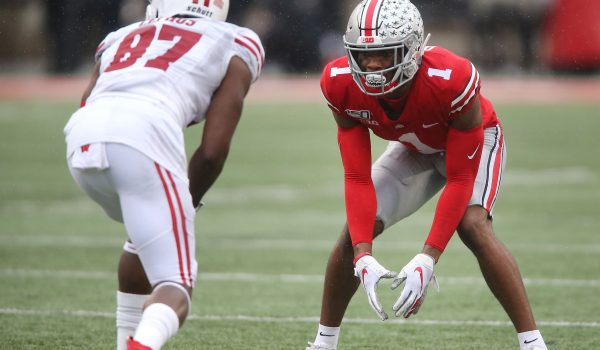 Pickswise betting pick for which Cornerback will get drafted first and second, plus a look at where you can bet on where Cornerbacks will get picked first.

The NFL Draft is the event where teams can improve on both sides of the ball in the hopes of a potential Super Bowl run. One area teams will be looking to strengthen during the draft is the secondary to counter wide receivers causing problems with their ability to do it all. With wide receivers including Julio Jones, Davante Adams, DeAndre Hopkins, Michael Thomas, and more, having a solid secondary is important in stopping offenses in this pass-happy league. With the 2020 NFL draft hours away, there is a lot of cornerback talent heading into the league, but especially these two stars who will be the first and second cornerbacks to get their names called on draft weekend.

No surprise here as yet another Ohio State cornerback will be drafted in the first round on draft night. The Buckeyes are known for bringing out top secondary talent, and they have had ten cornerbacks drafted in the first round since 1999. Well, number eleven is on its way as Jeff Okudah has first-round talent and more. At the moment, Okudah could go as high as the number three overall pick after proving throughout his years at Ohio State that he can be the next top corner in the NFL. As a freshman, Okudah played in all 14 games with 19 tackles and one pass breakup. During his sophomore year, he did not start in a single game but proved he should have as he tied the team with eight pass breakups and 34 total tackles. In his junior year, he showed he had all the traits of a top corner in the NCAA, starting in all 14 games with three interceptions, nine pass breakups, and 35 total tackles. Okudah finished his Buckeye career being named first-team Associated Press All-American, first-team All-Big Ten, and Jim Thorpe Award finalist honors.

Jeff Okudah going under 4.5 picks, is an official play for our NFL Draft picks.

After just a season with the Florida Gators, defensive coordinator Todd Grantham called Henderson, the best Cornerback he has ever coached. Grantham has been coaching in both the NFL and NCAA since 2002 and knows a good cornerback when he sees one. In his freshman year, Henderson started five games with a total of 22 tackles and four pass breakups. He also returned two interceptions to the house during his freshman year. He improved in his sophomore year, starting all 13 games and totaling 38 tackles (with five for loss), three sacks, two interceptions, two forced fumbles, and seven pass breakups. That was Henderson’s best year with the Gators as he dealt with an ankle injury his junior year but still finished with an impressive 11 pass breakups and 33 tackles. Henderson’s ankle is healed and ready to go for his NFL rookie year, and he should be drafted with no less than the 20th pick.