NFL Draft 2020: Which Defensive Lineman will get drafted first and second? 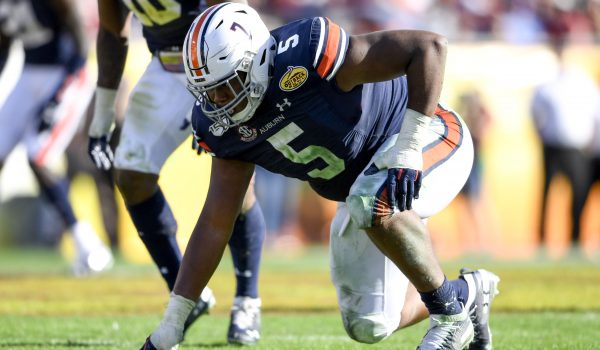 In this time of uncertainty, there are three certainties of life: death, taxes, and Joe Burrow and Chase Young being the top two picks in the 2020 NFL Draft. Burrow, the Heisman Trophy winner who led LSU to the National Championship, is a virtual lock to go No. 1 overall to the Cincinnati Bengals. He will be followed by Young, the Ohio State defensive end who is likely to take his talents to the Washington Redskins.

There is no one to challenge Young as the first defensive lineman off the board. And that’s not everyone else’s fault; it’s simply how good Young is. The Hyattsville, Mary native will soon be heading back—or at least close—to his Washington, D.C. stomping grounds following three impressive seasons with the Buckeyes. “Impressive” would be an understatement for his last two seasons; those were “dominant.” Young racked up 10.5 sacks and 14.5 tackles for loss as a sophomore before abusing the opposing offenses to the tune of 16.5 sacks and 21 tackles for loss as a junior. He stands at 6’5’’ and 264 pounds, possessing incredible off-the-ball speed. The Redskins are getting a player who should make a massive immediate impact and then be a leader of the defense for many years to come.

The way to play this from a betting point of view is to bet the first 3 picks exact order prop of 1. Joe Burrow, 2. Chase Young and 3. Jeff Okudah. The current price is +110 at FanDuel. We also like betting on Jeff Okudah’s position in our Draft prop bets.

What can Brown do for the Carolina Panthers? That is probably what we are going to find out, as Carolina owns the seventh pick and should be able to get its guy after the Miami Dolphins and Los Angeles Chargers select quarterbacks in the fifth and sixth spots. Brown may not have put up Young-like numbers while at Auburn, but he can be extremely disruptive in the middle of the defensive line. The Sugar Hill, GA native is an imposing presence at 6’4’’ and 326 pounds. The way to go from a betting perspective is to bet on Derrick Brown’s draft position prop at under 7.5 picks. It’s currently at -167, but if you bet it with DraftKings you’ll get an extra 20% profit boost which will net you an additional $12 for $100 wager, every little helps.

Fellow defensive tackle Javon Kinlaw is also in the mix, but it would be a real surprise if he goes ahead of Brown. Don’t be shocked if the South Carolina product goes to the Jacksonville Jaguars at No. 9. If Jacksonville passes, Kinlaw could slip to either the Atlanta Falcons at 16th or the Dallas Cowboys at 17th. Get all of our round 1 draft betting picks and prop bets.