NFL Draft 2020: Which Running Back will get drafted first? 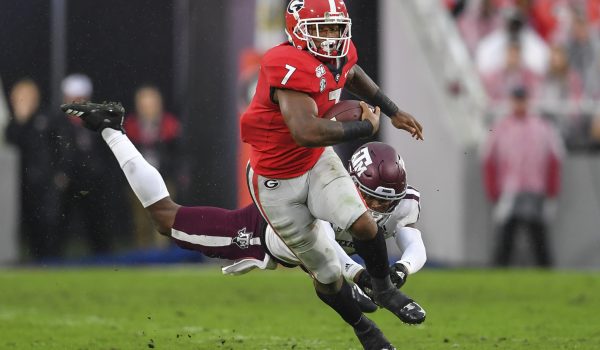 There are loads of Running Backs entering the draft who have high talent potential, but who separates themselves from the rest? Let’s take a look at the Running Back, who will get drafted first on April 23.

Bet on which Running Back will get drafted first

You can bet on which Running Back will get drafted first at DraftKings, the current betting odds are:

There is one Running Back in this upcoming draft that, without a doubt, lives up to his name. Swift is one of the most agile and balanced running backs in the draft. He has the vision, power, and determination to be an every-down back in the NFL.

Swift is similar in style to NFL running backs, Dalvin Cook, and Josh Jacobs. Not the biggest RB’s in the league but can move across the field with ease.

It shouldn’t come as a surprise that Swift has turned into one of the best backs heading into the draft. Georgia has a proven track record of producing excellent backs. Recent Bulldog graduates include Todd Gurley, Nick Chubb, and Sony Michel.

Swift can easily be an every-down back and change the offense of any NFL team. Without a doubt, he will be drafted in the first round and should get some interest from the following organizations: Miami Dolphins, Seattle Seahawks, Baltimore Ravens, and Kansas City Chiefs.

With a new Quarterback headed to Miami, either Herbert or Tua, it makes sense to add another superstar in the backfield and support a young Quarterback with a dynamic weapon like Swift.