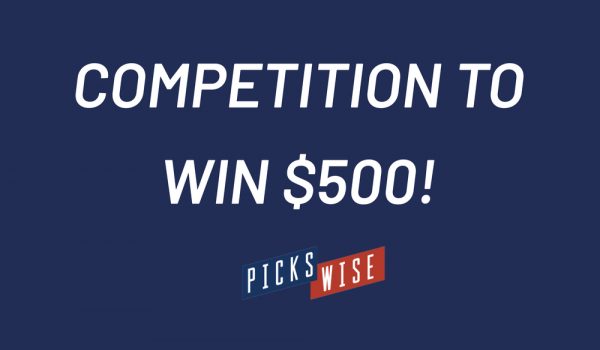 To all of you ballers and foodies out there, we’ve got just the thing for you. Here at Pickswise we’re launching the search for that right person fill our new position of Pickswise Official Food Tester for the 2019 season and $500 prize money.

The successful candidate will live out every basketball fan’s dream for the NBA season, to enjoy great food and, of course, incredible basketball across the nation. The role? We want someone to go to games and eat the best signature dishes throughout the league to give us a verdict on which team does the best dishes, rating each one from every team to determine who is number one.

The competition winner will get $500 and tickets to go to NBA games for the 2019-2020 season and will be given expenses to eat item per stadium. They will then rank the signature dishes and report back to Pickswise with their findings and may also be called upon to provide content for the Pickswise social media accounts.

It’s the opportunity of a lifetime, traveling around the country to watch incredible games across the league, while enjoying great food. What’s not to love!?

To enter – Read the terms and conditions below, follow @Pickswise and reply to the pinned competition tweet by sending a picture of yourself at a game, eating food, or both include in tweet: @Pickswise with the #NBAFoodTester.

Who is the promoter?

The promoter is Pickswise.

What is the promotion?

The title of the promotion is “Pickswise’s Official NBA Food Tester for the 2019-20 season”.

How can I enter?

The entry dates are from October 1 to October 14 at 5pm EST.

The winner will be contacted by October 15 by Pickswise.

To partake in this promotion, you will need to:

Upload a picture of you at the game, or eating your favourite gameday food, on our social media pages (Twitter) and follow/like the pages – use the #NBAFoodTester when on Twitter.

The winner will be picked at random by Pickswise employees.

By entering the promotion, the winner accepts his/her details and images to be used for promotional activity by Pickswise and to follow the guidelines discussed while completing the trips to NBA games.

Who is eligible to enter?

The competition is open to US and Canada residents ages twenty-one (21) years or over.

In entering the promotion, you confirm that you are eligible to do so and eligible to claim a prize.

The Promoter may require you to provide proof that you are eligible to enter the promotion.

There is a limit of one entry to the promotion per person.

The promotion is open to new and existing customers of www.pickswise.com and their official social media pages.

How will the winner be announced:

The winner will be contacted personally via Pickswise via email or direct message on the social media platform they applied via.

The winner will be announced on Pickwise’s social media pages.

How can the prize be claimed:

The Prize must be claimed by the winner and no third party may claim the prize.

If the winner cannot be contacted, or has not claimed their prize within 48 hours of the announcement, Pickswise reserve the right to offer the prize to the next eligible entrant selected from the correct entries that were received before the Closing Time.

The Promoter does not accept any responsibility if the winner was unable to take up the prize.

Tickets to a minimum of 3-5 NBA games.

$500 and an allowance to purchase one signature dish at each stadium.

The prize does not include travel or accommodation to any game.

The competition is not sponsored by, endorsed or administered by, or associated with the NBA.

When entering the competition, the entrant agrees that any personal information provided may be stored and used by the promotor when administering the prize draw.

Social media accounts that have been closed during the time of the competition will not be eligible to claim their prize.

Pickswise reserves the right to disqualify winners if:

If Pickswise have any reason to believe that any customers/entrants have breached the terms and conditions, they reserve the right to exclude the customer/entrant from participating in the competition.

The Promoter reserves the right to hold void, suspend, cancel or amend the prize draw where it becomes necessary to do so.

Want some free sports picks? We have you covered on NFL, NBA, MLB, College Football and College Basketball.