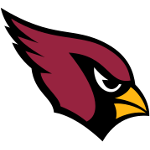 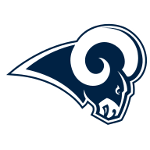 The Arizona Cardinals are hoping to break a horrible betting streak against the Los Angeles Rams when these two teams meet for the final time on Sunday. That terrible run includes losing five straight times to the Rams and not covering in any of those five games. On Sunday, Vegas is giving Arizona a free touchdown, but they could be without quarterback Kyler Murray. The rookie standout left Week 16's game against the Seattle Seahawks with a hamstring injury and is currently day-to-day. It is the same problem that briefly landed Murray on the injury report a few weeks ago and it is still unknown if he will play on Sunday. If he does not start, expect backup Brett Hundley to take over for the Cardinals. This will also be the last game for the Rams in the Coliseum as they will prepare for their new home in Inglewood in the 2020 season. Even though they have been inconsistent as of late, this is a game where the Rams run away with. The Favorite is 6-0 ATS in their last 6 meetings and I'm rolling with the favorite here.

With the Rams' recent high-scoring game against the San Francisco 49ers and the Cardinals top performances against the Browns and Seahawks, the total jumped all the way to nearly 50 total points. There is no need to complain about this total as both teams have defenses that can easily make this game low scoring. With Murray still nursing his hamstring, and Goff making rookie mistakes still, expect a slow and controlled game here. The Under is 4-1 in the last 5 meetings in Los Angeles and 4-1 in the last 5 meetings. I see the final score somewhere in the 27-13 ballpark in favor of the Rams.
Show all
Latest News