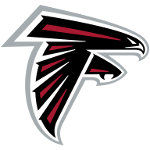 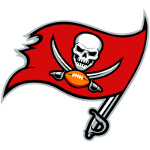 Two NFC South teams that have been surprisingly strong recently will face off here as the Tampa Bay Buccaneers host the Atlanta Falcons. Tampa Bay had been hot with five wins in six tries, but their momentum came screeching to a halt with a loss to the Texans last week. Jameis Winston had started to play really well, but I think it's clear that won't continue now that he has lost each of his top two receivers. Mike Evans and Chris Godwin are both out with injuries, meaning Winston no longer has elite talent to throw to. He reverted back to his old ways this past weekend, tossing four interceptions against Houston. On the other side Atlanta's defense has been getting a lot better in recent weeks, and the Falcons have now gone 5-2 in their last seven games after a horrible start. They're fighting hard to save Dan Quinn's job, and I think they pick up another win here.

This one has shootout written all over it, and I'm taking the over. Even without his top two receivers Winston is going to let it rip with reckless abandon, ensuring both teams put up points in a hurry. Tampa has the league's best run defense this season, meaning Atlanta will abandon the run early on and start chucking it. Matt Ryan has been coming on really strong lately, and with Austin Hooper and Julio Jones at his disposal he should have a lot of success against this weak Bucs secondary. There were 57 total points scored when these teams played each other a month ago, and this one will be high scoring as well.
Show all
Latest News