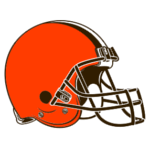 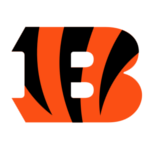 The Cleveland Browns are not going to be making the playoffs this season and that makes it an entire decade without post-season play. It has been a long 10 years for this Browns franchise and it might be getting worse soon as everyone witnessed Odell and head coach Freddie Kitchens getting into it on the sideline in the blowout loss against the Ravens. Now they finish off their lackluster season on the road against the Cincinnati Bengals where it could be Andy Dalton's last game in the jungle. The Bengals have already secured the No.1 spot in next year's NFL draft, so they will be pulling out all the stops in Week 17 to secure a win and finish off the Browns for good. The Bengals may have less talent, but they are getting a good amount of points in this game against a team that has simply given up. Give me the points as the Browns are 2-8 ATS in their last 10 meetings.

Expect both teams to have huge rushing totals on Sunday as the Browns and Bengals have one of the worse rush defenses in the league. On the road, Cleveland is allowing 156.71 yards on the ground per game while the Bengals are giving up 182 yards at home which is the worst in the league. With the linebackers biting on play action, the deep ball could also be a factor here. In conclusion, expect an ugly mess of defense with some big plays on Sunday. Points will be scored here and lots of them. The Over is 6-2 in the last 8 meetings in Cincinnati and 3-0-1 in the last 4 meetings. Give me the Over as Baker and Andy battle in the jungle.
Show all
Latest News