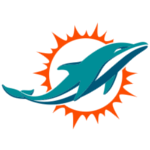 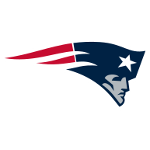 The New England Patriots clinched the AFC East with Saturday's victory over the Bills, their 17th division title in the past 19 seasons. As a result, the big question in this game will be how long the starters will be on the field. All the Patriots have to do in order to get a first-round bye of the playoffs is a week 17 victory over the Dolphins. A Chiefs loss will also clinch the No. 2 spot for the Patriots. The Patriots looked the best yet this season against the Bills as the offense went for over 400 total yards and 24 points. The running game finally took off and New England had 143 rushing yards on the day. They will be taking on a Dolphins team that is giving up 135.0 rushing yards per game which is 27th in the NFL. Remember, the Dolphins did not score a single point in the first meeting. It's a large spread, but this Patriots defense has been something else as of late. I expect a very low scoring game with the Patriots winning somewhere in the ballpark of 23-6.

The Under has been the Patriots friend pretty much all season long as the New England defense has been getting better and better each week. The Patriots have the best home defense in the league which will be the key to their success in the playoffs. They are allowing just 13.29 points per game. They are also ranked best in the league on plays allowed per game with only 56.67 plays per game. This is going to be a low scoring game in which the Patriots defense once again shines. The Under is 9-3 in Patriots last 12 vs. AFC East and 20-8 in Patriots last 28 vs. a team with a losing record. Give me the Under here.
Show all
Latest News