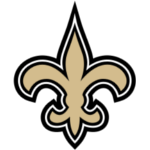 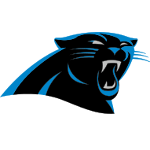 The New Orleans Saints are looking to get a first-round bye with a victory as they head into Carolina to take on the Panthers. New Orleans still has a lot to play for here and it is always important to lean towards the teams who have something that matters on the line. Looking at the Saints, they have been red-hot with quarterback Drew Brees breaking records left and right. They come into this game having won six straight road games against the spread. On the flip side, the Panthers have been lost without QB Cam Newton despite the best efforts of running back CMC. Even though the spread is large, the Saints have everything rolling their way right now. No need to lean towards a team that is completely lost right now on both sides of the ball and the Saints are going to control this game from the start. The Saints are 4-1 ATS in their last 5 meetings in Carolina and I'm rolling with New Orleans here.

Sometimes it is important to look at possible historic feats in betting as the Panthers' MVP might be able to help this prediction hit. As stated above, Christian McCaffrey has been the lone wolf in the Panthers offense and could create history here as he needs 220 total yards from scrimmage to break Chris Johnson’s record, set in 2009. I have a good feeling the Panthers are going to give the rock to CMC a lot on Sunday which will lead to some possible big plays. With that in mind, along with the Saint's powerful offense, this could be a high-scoring game between these two friendly foes. The total has gone OVER in five of Carolina’s last six games against New Orleans and there should be a lot of points scored on Sunday. The Over is 5-0 in the Panthers' last 5 games after they accumulated fewer than 90 yards rushing in their previous game. Let's have some fun with the Over here - it's a great play.
Show all
Latest News