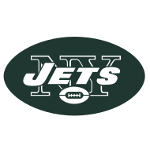 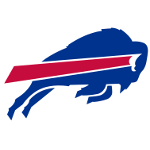 AFC East showdown here as the Buffalo Bills host the New York Jets in the final week of the season. Buffalo has already clinched a playoff spot, and although Sean McDermott has said they're planning to play a majority of their starters, it doesn't sound like they are taking this game too seriously. Everybody has been clowning the Jets but they've quietly been playing a lot better recently, and they are actually 5-2 in their last seven games. Buffalo's weakness has often been their run defense this season, so maybe Le'Veon Bell will finally be able to get going here. Outside of understandably collapsing against the Ravens, the Jets' defense has been playing at an elite level over the past month or so, giving up 10 points or fewer in three of their past five games. The Bills are coming off a tough loss to the Patriots in which they blew a late lead, so I don't think they will be particularly fired up for this one. Take New York.

I also like the under here, even though this total is already very low. Defense is the strength of both of these teams, and I don't have much trust in either quarterback right now. The Jets won this past week despite their offense, as they produced only 259 yards and relied on their defense to win the game. The Jets ran the ball 32 times last week even though their ground game wasn't really working, and we should see an even heavier dose of their rushing attack here. Buffalo has an elite defense, and there's no way that Sam Darnold goes on the road and lights up the scoreboard in a tough environment. This will be a defensive struggle.