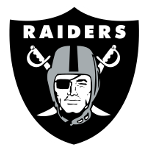 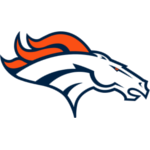 It sounds crazy to say it, but at 7-8 the Oakland Raiders are still alive in the playoff race heading into Week 17 as they travel to take on the Denver Broncos. They'll need a few balls to bounce their way, starting with a win over Denver. For a few reasons, I don't think they get it. Denver has quietly been playing really well recently, and they've looked like a completely new team once Drew Lock took over under center. He's given the franchise a desperately-needed boost of excitement, and the Broncos have won three of his first four starts. The only loss was on the road against an elite Chiefs team in the snow. Oakland picked up a win over the rapidly deteriorating Chargers last week, but just the week before they lost at home to an awful Jacksonville team. Denver is one of the toughest places to play in across the entire NFL, and the Broncos aren't going to make it easy for them just because they've been eliminated from playoff contention. Lay the points with Denver.

The under also makes some sense here. The Broncos have been playing well since Lock was inserted into the lineup, but outside of one game against the Texans it's not like he's been putting up big numbers. Just this past week Denver won despite Lock throwing for only 192 yards, and they're relying heavily on running back Phillip Lindsay and their defense. Denver's defense has been playing better and better, and I don't see Derek Carr having much success on the road here. This game means everything to Oakland, so expect an all-out effort from their defense.

MLB 14h ago
When Will The Marlins Return To The Playoffs?