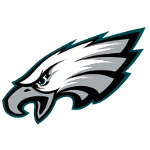 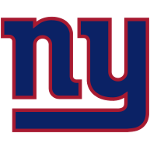 The Philadelphia Eagles are ready to grab the chance to represent the NFC East in the playoffs. All the Eagles need to do is win this Sunday against the Giants and they will be hosting a playoff game in Philadelphia. Even though it may seem like an easy task, the Giants are coming off an historic game against the Redskins last week. Rookie Daniel Jones played his best game yet with a career-high 352 passing yards and five touchdowns in Week 16. New York is hoping to play spoiler here and Pat Shurmur is most likely playing for his job as well. This is the perfect game for the Giants to threaten Philly dreams and keep this game close. A lot of points are being given to New York and anything above three points is a solid pick right now. I have the Eagles winning this game straight up, but this game is going to be a close. The Eagles are 1-4 ATS in their last 5 meetings and the underdog is 4-1 ATS in their last 5 meetings. I predict that the Giants cover the spread, but fall by the final score of 27-24.

Carson Wentz showed last week the Eagles can score against a tough defense and they should have no problem driving down the field against a team that gave up 21 points in 18 minutes last week to the Redskins. On the other hand, Giants star running back Saquon Barkley will be giving the Eagles problems as he is coming off another historic day of  189 rushing yards, 90 receiving yards and two touchdowns in last week’s 41-35 overtime victory against Washington. Both teams are going to score as they will not disappoint in the final regular-season game. I LOVE the Over here especially when it is 6-2 in the last 8 meetings and 7-0 in the last 7 meetings in New York. Take the Over.
Show all
Latest News