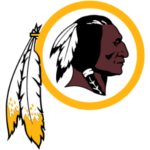 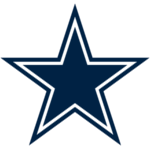 The Washington Redskins are looking to put the nail in the coffin of the Dallas Cowboys' season as they meet once more at the end of the regular season. For the Redskins, Quarterback Case Keenum will get the nod here as rookie Dwayne Haskins is sidelined with an injury. Keenum was the starting QB back in Week 2 as Washington fell by the final score of 31-21 to Dallas. On the flip side, the Cowboys were unable to take care of the Philadelphia Eagles last week and need a miracle for them to make the playoffs. A lot is still on the line for the Boys especially Jason Garrett who could be losing his job despite reportedly still having the trust of Jerry Jones. A lot of points are being given to the Redskins here who move the ball way better with Keenum under center anyway. Last time Keenum took on the Cowboys he completed 26 of 37 passes for 221 passing yards and two touchdowns without an interception. Add that to a rookie star of Terry McLaurin who has been red hot the past two weeks with over 200 receiving yards, and the Redskins have a fair chance. The Underdog is 27-12 ATS in their last 39 meetings and 8-3 ATS in their last 11 meetings as this should be the play here.

The Over was an easy winner back in Week 2 and it should be the same story in Week 17. The Cowboys and Jason Garrett are fighting for survival while the humble Keenum would love to lead a road upset win against the Cowboys to improve his free agency chances this summer. Expect a lot of points in this one as the Redskins will be throwing the ball a lot more while Ezekiel Elliott eyes having another 100-yard rushing performance against the Redskins. The Over is 7-1 in the last 8 meetings and 4-0 in the last four meetings in Dallas. Give me the Over here.
Show all
Latest News