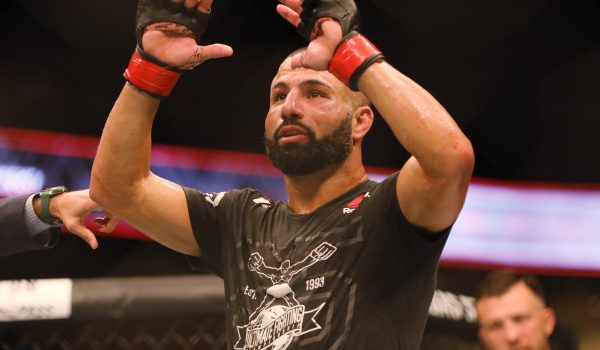 The sixth fight at UFC on ABC 2 will see John Makdessi take on Ignacio Bahamondes. This will be a fight in the UFC Lightweight division. Makdessi comes into this fight with an MMA record of 17-7. He is 10-7 in the UFC, but is coming off a unanimous decision loss to Francisco Trinaldo. This fight was back in March of 2020. Makdessi is averaging 5.36 significant strikes per minute and is landing them with an accuracy of 51 percent. He is absorbing 3.76 strikes per minute and has a striking defense of 70 percent. He has shown little to no grappling ability, but defends them 88 percent of the time.

Bahamondes will make his official UFC debut here after earning a contract at a Dana White’s Contender Series event. He won this fight by TKO/KO against Edson Gomez back in November of 2020. Bahamondes is averaging 8.78 significant strikes per minute and is landing them 54 percent of the time. He is absorbing just 2.66 strikes and has a striking defense of 67 percent. In his Contender Series fight, Bahamondes did not land a takedown, but defended all of his opponents attempts.

Bahamondes looked very good in that Contender Series fight and I do think that will carry over here. Especially because his striking has been so good, my play will be Bahamondes to pick up a win in his official UFC debut. I would also look to use Bahamondes in a parlay.