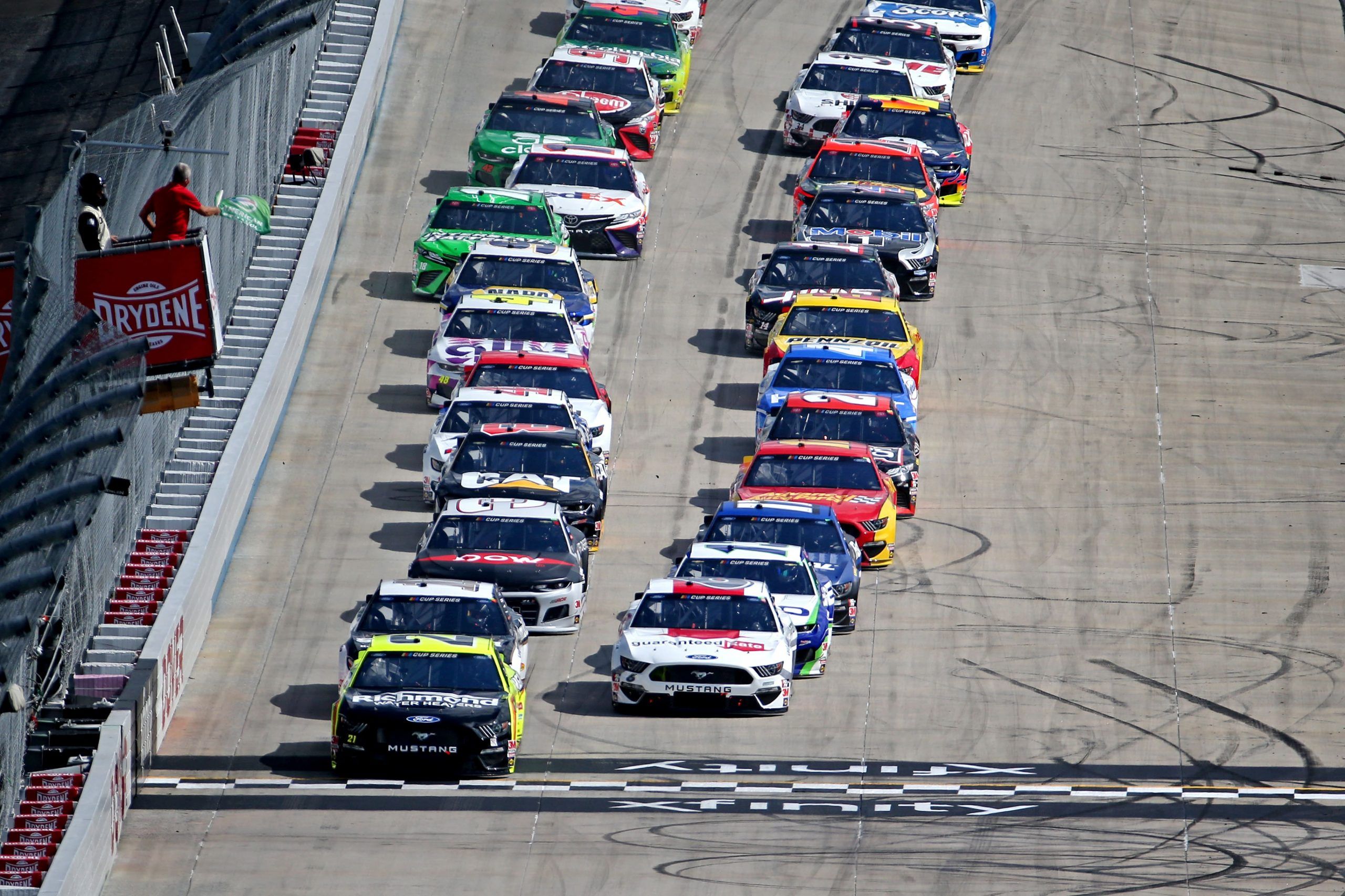 It has been a wild ride in 2020 for sports across the world. The same can be said about the 2020 NASCAR Playoffs, as the Championship Four is set. Four drivers find themselves with a chance to take home the 2020 NASCAR Cup Series Championship. Phoenix Raceway is the perfect place to decide this year’s champion. Following a crazy and very eventful Martinsville race, fans across the sport don’t believe this championship will have the same meaning as years gone by. The main reason is that Kevin Harvick, who had nine wins this season, failed to reach the Final Four.

Who will claim the championship? The answer will come Sunday afternoon. Let’s take a look at the four drivers in the running and how they got here. We’ve also got the odds for each driver, courtesy of DraftKings.

It has been yet another historic season for the driver of the Joe Gibbs Racing #11 Toyota. Hamlin started off 2020 with his third Daytona 500 victory, and when NASCAR returned from a three-month layoff due to the Coronavirus, he added six more victories to his collection (Darlington, Homestead, Pocono, Kansas, Dover, Talladega). Hamlin was able to sneak into the championship by the skin of his teeth with an 11th-place finish at Martinsville. He is still in search of his first championship, and Phoenix has been kind to him in the past. Can he get over the hump?

Most had Kevin Harvick being among the four in this championship battle, but his hopes were dashed by the driver of the #9 Hendrick Motorsports Chevrolet. That is none other than Chase Elliott, who snatched his spot with a win at Martinsville last weekend. That helped give Elliott his best season to date and brought his win total to four (Charlotte, Daytona RC, Charlotte Roval, Martinsville). Elliott has a great chance not only to finally check off Phoenix Raceway, but to also claim his first Cup Series Championship.

First across the finish line takes it all.

The #Championship4 drivers are ready for battle at @phoenixraceway. pic.twitter.com/ZqRFJt8Iat

It took Brad Keselowski quite a while to get things going this season, but when he did he was able to grab some big-time victories. The 2012 series champion has been able to find victory lane four times so far. Starting with the Coca-Cola 600 in May, along with wins at Bristol, Loudon, and most recently at Richmond in the first round of the playoffs. Keselowski will look to take the #2 Team Penske Ford to victory lane at a track he has yet to find success at.

The driver of the #22 Shell Pennzoil Ford for Team Penske should have plenty of confidence heading into Phoenix. Logano is the most recent winner at the track, which came back in March. That victory, along with wins at Las Vegas and most recently at Kansas, booked his ticket into this championship four. Logano took home the crown in 2018 and will be out to get his second at a track he has had a lot of recent success at.

Phoenix Raceway is a real test for all drivers in NASCAR, as it hosts the championship event for the first time ever. This 2020 championship Final Four is arguably the closest group of four drivers ever seen in the playoff era of NASCAR. All four drivers have a great chance going into Sunday. Logano is the most recent winner at the track, but one of these four winning this race is no gimme. Kevin Harvick will be out to show why he should’ve been in the four, and so the title could come down to the highest finisher. Denny Hamlin and Chase Elliott have one thing in common: they are both seeking their first championship. Hamlin didn’t get the job done last year, but at +250 he is the best bet this time around.