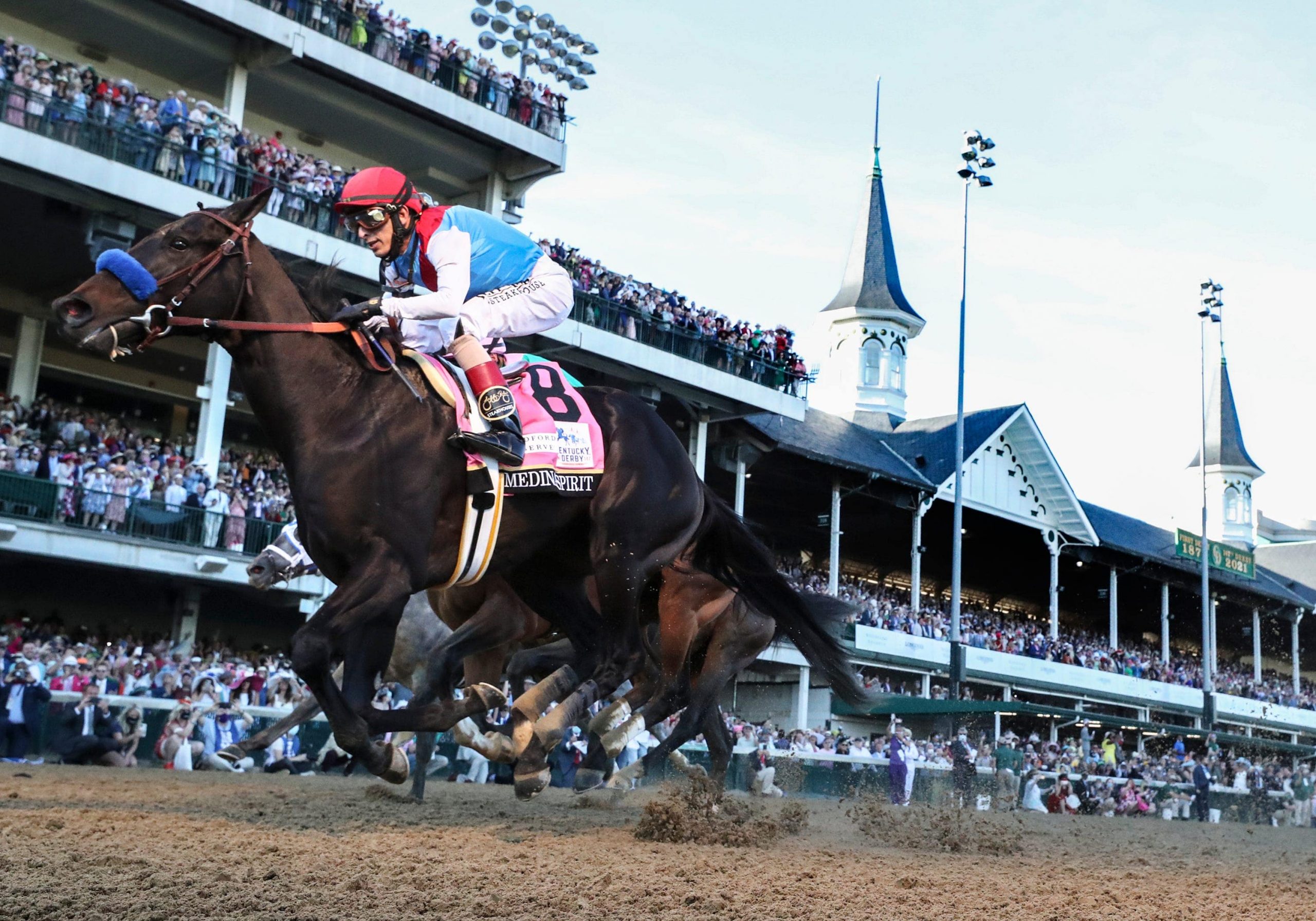 Kentucky Derby winner Medina Spirit went from hero to villain in the space of a week when a subsequent drug test came back as positive for Betamethasone, a Class C anti-inflammatory.

Churchill Downs immediately suspended trainer Bob Baffert from running his horses at the track, but Pimlico — the hosting venue of the Preakness — took a different approach, instead leaning on stringent testing. As a result, the winner of the first leg of the 2021 Triple Crown is able to try and build his legacy in Maryland’s biggest race.

Here are the betting odds for the Preakness Stakes as of Friday morning, courtesy of TVG:

Ridden again by John Velazquez, Medina Spirit, who boasts a rags-to-riches story given he cost just $1,000 as a yearling, looks to have a favorable pace scenario once again. Drawn well in gate three, similarly aggressive tactics are likely to be employed and it would be no surprise if he led the field around the first turn.

His main danger for early supremacy is stablemate Concert Tour, the long-time favorite for the Kentucky Derby who bypassed the ‘Run for the Roses’ after a disappointing third-place finish in his final trial in the Arkansas Derby.

The bull-like colt was caught in a pace duel on his first start at a mile and an eighth that day and warrants the utmost respect if he bounces back to his prior success in the Rebel Stakes. From a wide gate in ten, Mike Smith is sure to try and navigate across onto the shoulder of Medina Spirit.

Midnight Bourbon back for more

The son of Tiznow got far from the perfect trip last time — squeezed out at the start, forced to race in the rear — but has a much better make-up from the gates this time and should adopt a stalking position. Whether that scrimmaging has taken its toll on the heavily-raced colt is another matter, though he looks the ‘wise-guy’ selection to upset the chalks.

Keepmeinmind caught the eye of plenty with a strong late effort in the Derby, though was readily outpaced throughout the first quarter and may lack the tactical speed to play a part now dropped back in trip. While the Chad Brown-trained Risk Taking has to bounce back from a thoroughly disappointing effort in the Wood Memorial, a race that hasn’t worked out overly well.

Blue Grass third Rombauer brings in solid west coast form and gets the assistance of leading rider Flavien Prat, while the Japanese-trained France Go De Ina brings some international flavor into the race.

Whatever the result, Medina Spirit will be the story. Will we have a potential Triple Crown winner on our hands or a Derby blowout in the Preakness?

Kentucky Derby winner Medina Spirit is clearly the horse to beat thanks to a favorable pace scenario as he looks to take the second leg of the Triple Crown. However, his odds are going to be pretty short in the market and there’s no guarantee that he will repeat his Churchill Downs effort.

I prefer the odds of Midnight Bourbon at 5/1, who had a pretty rough trip in the Derby but finished his race off well to take sixth and gets a big rider upgrade with Irad Ortiz taking over from Mike Smith. Look for him to sit closer to the speed.

At Pickswise we offer daily expert Horse Racing Picks from across America, including all of the top Stakes action including the Kentucky Derby, Preakness Stakes, and Breeders’ Cup.