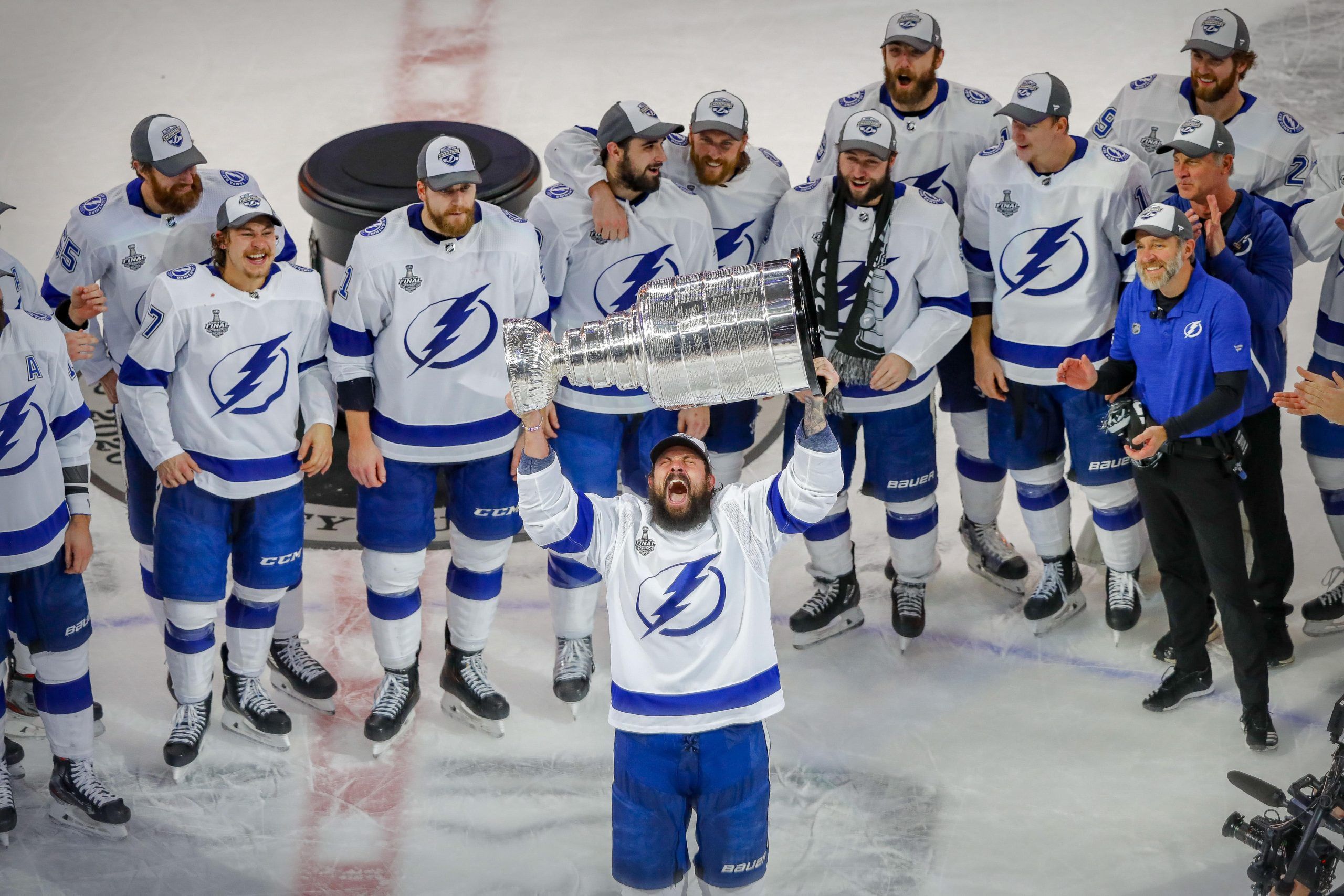 It was a long, winding, crazy road, but the Tampa Bay Lightning are finally your 2020 NHL Stanley Cup champions.

The Lightning opened as favorites for the richest prize in hockey before the season started, and despite the campaign being put on hold for months and relocation to a bubble in Edmonton, they have justified those odds.

Their game 6 victory over the Dallas Stars to wrap up a 4-2 series win wasn’t pretty. But it was a real testament to their ability as a team, in particular their defense, to take that 2-0 lead and shutout the Stars.

It is Tampa Bay’s second-ever Stanley Cup victory after they memorably beat the Calgary Flames 4-3 back in 2004 courtesy of a double from Ruslan Fedotenko to win game 7.

This should give everyone chills.

Who are the favorites for the 2021 Stanley Cup?

As expected, they are favorites with the majority of oddsmakers at +750 to win the Stanley Cup again and become only the second team this century to win back-to-back titles, following in the footsteps of the 2016-17 Pittsburgh Penguins.

However, also at the top of the market are the Vegas Golden Knights and the Colorado Avalanche.

A lot of people expected a Vegas-Tampa Stanley Cup but the goals dried up at the wrong time for the Golden Knights and the Stars were able to capitalize. However, Vegas proved throughout the season that they are one of the best teams in the NHL and it’s hard to see them regressing, especially with the new season starting in just over two months.

Colorado were fancied last season to go deep in the playoffs but also succumbed to Dallas, losing 4-1 in the second round of the playoffs. However, it’s difficult to decide how much of an impact playing in the bubble had on each team, and with that set to become a thing of the past the Avalanche can get things back on track.

Who are the value picks for the 2021 Stanley Cup?

It’s interesting to see the Dallas Stars open at +2000 given how well they played in the playoffs, and that losing 4-2 in the Stanley Cup Finals is hardly a crushing defeat. You can go back to my point about the impact of the bubble and argue that it was an environment the Stars thrived within. But they still operated with real grit and did not play like a team who were lucky to get as far as they did. The fact they played each of the favorites for next year’s Stanley Cup speaks for itself.

The one team I really like the look of for the 2020-21 NHL season is the Vancouver Canucks, who are +2500. This Canucks team is still young and still learning, but they played phenomenal hockey in the playoffs. For starters, they saw off a tough Blues team who will no doubt be delighted to see the back of the bubble. But their most impressive efforts came in the 4-3 series defeat to Vegas in the second round.

Sure, there were a couple of times when the Golden Knights obliterated the Canucks, but it says a lot about this team that they were able to bounce back from those heavy defeats and still come out swinging. I mentioned how hot the Vegas offense was, and Vancouver was able to hold them to just one goal across two games. Those two games featured 91 shots, and Canucks goalie Thatcher Demko was able to stop 90 of them.

If Vancouver continues that “bend don’t break” ability then they could go far.