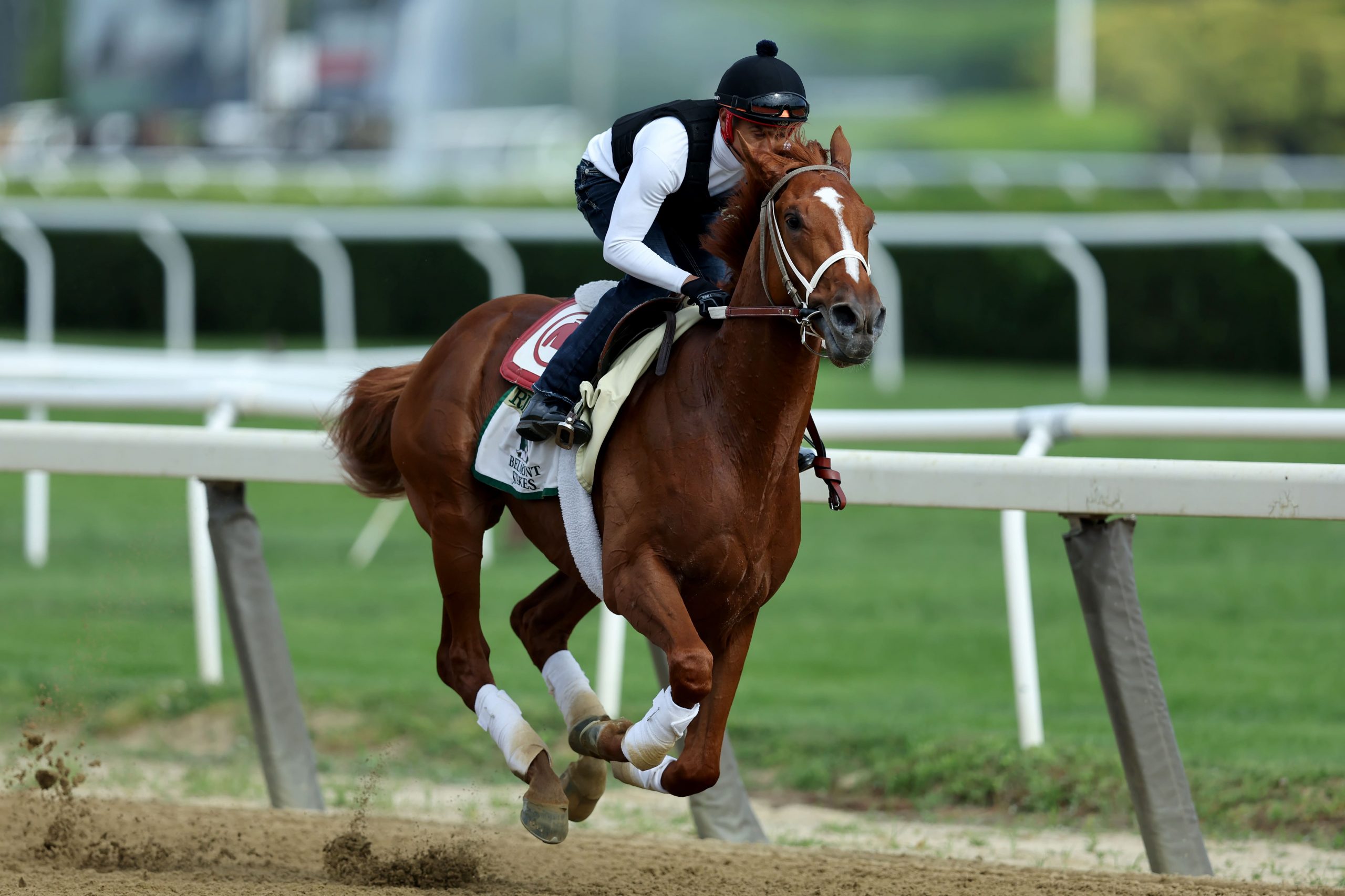 Handicapper for Racing Post and Pickswise, specializing in US and Dubai horse racing.

The 2022 Belmont Stakes is on Saturday, June 11, at Belmont Park race track in Elmont, New York.

There are 8 horses declared to run in the Belmont Stakes. Below is the name and number of each horse, as well as our expert’s view on how they might perform.

We The People has won 3 of his 4 starts. He disappointed in the Arkansas Derby two runs back, but improved with a front-running win in the 1m1f Grade 3 Peter Pan at Belmont, more than 10 lengths clear of Golden Glider (the track had moisture in it, but was described as good). He’s not a sure stayer but he’s a grandson of Tapit, who has sired 4 Belmont Stakes winners. He should again make the early lead and can go the shortest way round from the inside post. Has sound claims.

An off-the-pace runner. He was 3rd, behind Mo Donegal, in the 1m1f Wood Memorial at Aqueduct, and 2 places behind Creative Minister when 5th in the 9.5f Preakness at Pimlico. He shaped a bit better than the result in that latest race, as he was wide on the first turn from post 9 of 9. However, the way he tired down the stretch didn’t point to this longer trip suiting.

The sole filly, she is facing males for first time. A mid-pack racer, her maiden win came at Belmont and she had the stamina to land the 1m1f Grade 2 as a 2-year-old. More recently, she won the 8.5f Grade 1 Ashland at Keeneland and was 2nd in the 1m1f Grade 1 Kentucky Oaks at Churchill Downs (both on wet-fast tracks). She travelled strongly in the Oaks, but had her momentum halted by traffic on the final turn and the winner got a start on her. She is bred for stamina and her trainer won this with a filly in 2007.

Claimed for $30,000 last year, Rich Strike was beaten in 3 all-weather track races this season, before his stunning 80/1 upset win in the 1m2f Grade 1 Kentucky Derby at Churchill Downs. He got off the reserve list the day before, started in gate 20 of 20 and stayed on best of all from 18th place after the leaders went too fast. He skipped the middle leg of the Triple Crown (the Preakness), so is fresh for this race. His sire Keen Ice was 7th in the Kentucky Derby before finishing 3rd in this in 2015.

Creative Minister won a minor event on the Kentucky Derby undercard at Churchill Downs, after which he was supplemented for the last two legs of the Triple Crown for $150,000. He never seriously threatened when 3rd in the 9.5f Grade 1 Preakness at Pimlico three weeks ago, but the time of that race was good. His pedigree is a mix of speed and stamina, so he’s not a sure stayer, but has to be considered. He has won on fast and sloppy surfaces.

From the same barn as Nest, Mo Donegal won a Belmont maiden and had stamina to win a 1m1f Grade 2 as a 2yo at Aqueduct, where his time was 1.46sec quicker than Nest on the same card. More recently, stayed on from last to win 1m1f Grade 2 Wood Memorial at Aqueduct in April, defeating subsequent Preakness winner Early Voting, before keeping on from 17th, out wide, for 5th in the Kentucky Derby. He is not bred to stay this far but shapes like he will and his trainer has won this 3 times.

Golden Glider was no match at all for the front-running We The People over 1m1f at Belmont Park in his latest run and he’s an outsider for this race.

Barber Road could have been claimed for $30,000 last year. He was an improving, keeping-on 2nd in the 1m1f Grade 1 Arkansas Derby at Oaklawn before staying on from 19th to be 6th in the Kentucky Derby, 1l behind Mo Donegal having challenged widest of all. More is needed and he doesn’t look quick enough, but he is a grandson of Tapit, whose progeny have a good record in this, and a leading jockey takes over in the saddle. The blinkers are off for the first time since a defeat in his debut.

The final leg of the Triple Crown sees shock Kentucky Derby winner Rich Strike back in action. Having been helped by the leaders going too fast at Churchill Downs, staying on from 18th of the 20 runners, it’s unlikely he’d have been quick enough for the middle race in the series, the 9.5f Preakness at Pimlico, so connections chose to skip that one. This test should suit him fine. However, his lack of early gears probably means he’s not going to consistently cut it as a top dirt horse (has been tried on the AW and turf), and even though this is over a longer trip, it doesn’t help that the race has only one obvious speed runner. It’s We The People, a front-running winner of the 1m1f Grade 3 Peter Pan here last month, who looks the one to catch and he has sound claims.

NEST, with the pace to stay in touch and also looking to have plenty of stamina, seems made for this test and can come home strongest of all. She needs a career-best now tackling male opposition, but she shaped even better than the bare form of her second in the Kentucky Oaks, and the winner then ran better than it looked when 4th in the Preakness (poorly placed/wide). The selection’s sire was a close second in this in 2007, beaten by Rags To Riches, who was the last filly to win the race and she did so for Nest’s trainer. Rags To Riches is by AP Indy, himself a Belmont Stakes winner in 1992 and also the dam’s sire of Nest. This filly loses jockey Irad Ortiz to the same barn’s Mo Donegal, who is superior on speed figuresm, but he’s devoid of early pace and, while looking a stayer, he’s a son of the precocious Uncle Mo, whose best progeny is the speedball Golden Pal.