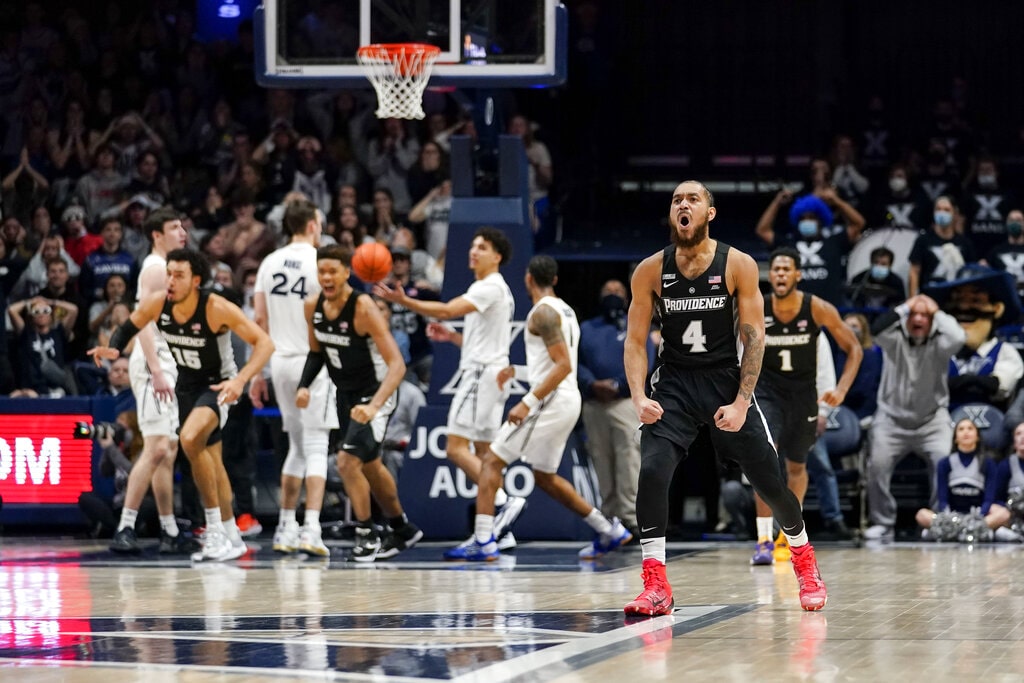 Champ Week is upon us! This week, a majority of the NCAA Tournament bids will be determined. The winner of each conference tournament will automatically qualify for March Madness, while the bubble teams will try to play their way into the tournament by earning more resume-boosting wins. The college basketball experts at Pickswise will have you covered by providing predictions, odds, and best bets throughout the week for each of the Power 6 conferences. Today, we will dive into the Big East. Here are the odds:

Let’s take a look at the odds, courtesy of FanDuel Sportsbook:

For the 40th consecutive year, the Big East Tournament will be held at Madison Square Garden in New York City. The tournament starts Wednesday, March 9, and will end with the championship game on Saturday, March 12. The Big East has consistently been one of the 5 best conferences in college basketball for the last 20 years, so expect a lot of drama and high-level basketball at the Garden this week.

The Villanova Wildcats are the 2-seed, but they have the best odds to win their conference tournament at +165 on FanDuel. The 3-seed Connecticut Huskies have the second-best odds to win the Big East Tournament at +350, while the 1-seed Providence Friars have the third-best odds at +500. There could be some value with Marquette (+700), Creighton (+1400), and Seton Hall (+1600), but that is where I draw the line, as I do not think any of the lower seeds will win four games in four days to claim the automatic bid for the NCAA Tournament.

Before COVID cancelled the 2020 season, Villanova won the Big East Tournament 4 times in 5 years, including a 3-year streak from 2017-2019. They may not be the 1-seed, but the Wildcats went 23-7 this year with the 15th-most difficult strength of schedule and are justifiably the favorites to lift the Big East Tournament trophy. Connecticut has battled some bad luck with injuries, but the Huskies still have what would be considered one of the best non-conference wins of the season on their resume — a 2OT win over Auburn in November.

The Providence Friars won the Big East regular-season championship for the first time in school history and had an impressive non-conference win over Texas Tech. They have been the luckiest team in college basketball per KenPom’s metrics for a majority of the year, which I believe is factored into their odds to win this tournament. Marquette and Creighton have proven they can beat the top talent in the conference, as each have 3 combined wins against the top 3 seeds. Finally, Seton Hall is the only other team in the Big East that won more games than it lost in conference play.

Georgetown was just 7-9 in conference play last year before going on an improbable run to win the Big East Tournament and claim an automatic bid for the NCAA Tournament. However, the Hoyas are not likely to repeat their postseason success this year, as they are 0-19 in conference play.

Despite allegedly being the luckiest team in college basketball, I think the Providence Friars (+500) will be the ones to cut down the nets in Madison Square Garden. The Big East regular-season champions have one of the most experienced rosters in the country. Because of that experience, the Friars thrived in highly-contested games and won 10 of 12 that were decided by 5 points or less.

Experienced guard play is crucial to postseason success and the Friars have three guards who each have 3+ years of playing time in their college careers. Al Durham, Jared Bynum, and A.J. Reeves combined to average 36.6 ppg and 9.7 apg for Providence this season and each shot 75% or better from the free-throw line, which could have been the reason the Friars won so many close games. Senior center Nate Watson controls the paint and scores 0.995 ppp in post-up situations. He leads Providence in scoring with 13.7 ppg and grabs 5.5 rpg while shooting 56% from the field. Waston is a reliable post defender too, as he holds opposing big men to 0.686 ppp when they try to post-up on him.

Providence benefits from being on the opposite side of the bracket from Villanova and Connecticut. In the quarterfinals, Providence will draw the winner of Xavier vs Buttler — two teams which the Friars have already beaten twice. Assuming they advance to the semifinals, the Friars would draw the winner of Creighton vs Marquette. They should like their chances against both the Bluejays and the Golden Eagles, as both teams rank outside the top 300 in KenPom’s experience metric and have freshmen guards leading their attack.

The matchup I think we are most likely to see in the Big East Tournament championship game is Providence vs Villanova. The Wildcats beat the Friars twice this year, but there is reason to think the third time would be a charm for Providence. In the first matchup, the Friars, who made 37.8% of their 3-point attempts in conference play, shot just 5/23 from deep at home against Villanova. Providence ended the regular season with its second matchup against the Wildcats on the road, but lost by just 2 points despite Durham not playing. At full strength, the Friars have plenty of scoring options to beat anyone in the conference. They also defend the perimeter extremely well, ranking 2nd in the Big East in opposing 3-point% and 4th in opposing 3-point rate. Do not be surprised to see the Providence Friars take home the Big East Tournament trophy for the first time since 2014.