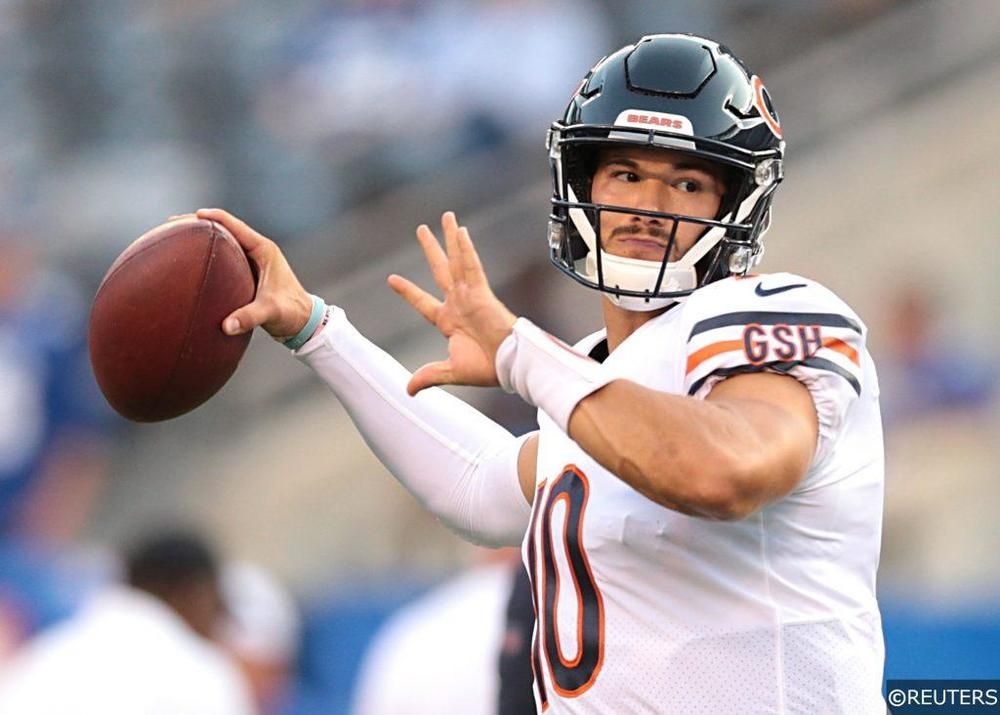 The NFL trade deadline is on October 29th Tuesday at 4 pm eastern and playoff teams are trying to make the right move that can lead them to the Super Bowl. NFL trade deadlines usually don’t have a ton of surprises, but this year could be different. Let’s breakdown three NFL trades that might happen that would shock everyone. Could these trades happen? Anything is possible…

Teddy Bridgewater to the Chicago Bears

There are a couple of teams who probably could use an upgrade at quarterback and now that Drew Brees is back, the Saints could try to trade Teddy Bridgewater One of those teams who really need an upgrade at quarterback is the Chicago Bears who have Mitchell Trubisky under center. It’s clear he doesn’t trust himself and the team doesn’t trust him either, and with the Bears about to be out of the playoff race if they don’t make a trade, it’s time for them to try and get Bridgewater.

Bridgewater had a lot of success under center when he took over for Brees and while many believed Trubisky was going to be the long term answer with the Bears, maybe this will actually become Bridgewaters team. It’s a longshot but could be the right move.

This one might not actually be all that shocking because the New England Patriots always seem to try and pull off something crazy. Remember when Josh Rosen was supposed to be the next star quarterback in the NFL? He has been in two terrible organizations and right now would be the perfect time for the Patriots to buy low on Rosen.

Just because he has struggled with the Dolphins and Cardinals maybe all he would need is to be in a great organization like the Patriots to turn it around. Sit behind Tom Brady for another year or two and just learn? Now would be the perfect time to buy low on a guy who could be their quarterback of the future.

The Chiefs should probably be trying to trade for defensive players, but how fun would it be to have Le’Veon Bell with the rest of that offense. New Jets general manager Joe Douglas wasn’t the one to give Bell the big contract, so it wouldn’t be a shock if the team tried to find a new team to take on the contract, especially with the money left that he is owed. Patrick Mahomes, Tyreek Hill, Travis Kelce and Bell. It might be the greatest offense ever put together.