A look ahead to the 2020 Breeders' Cup this weekend 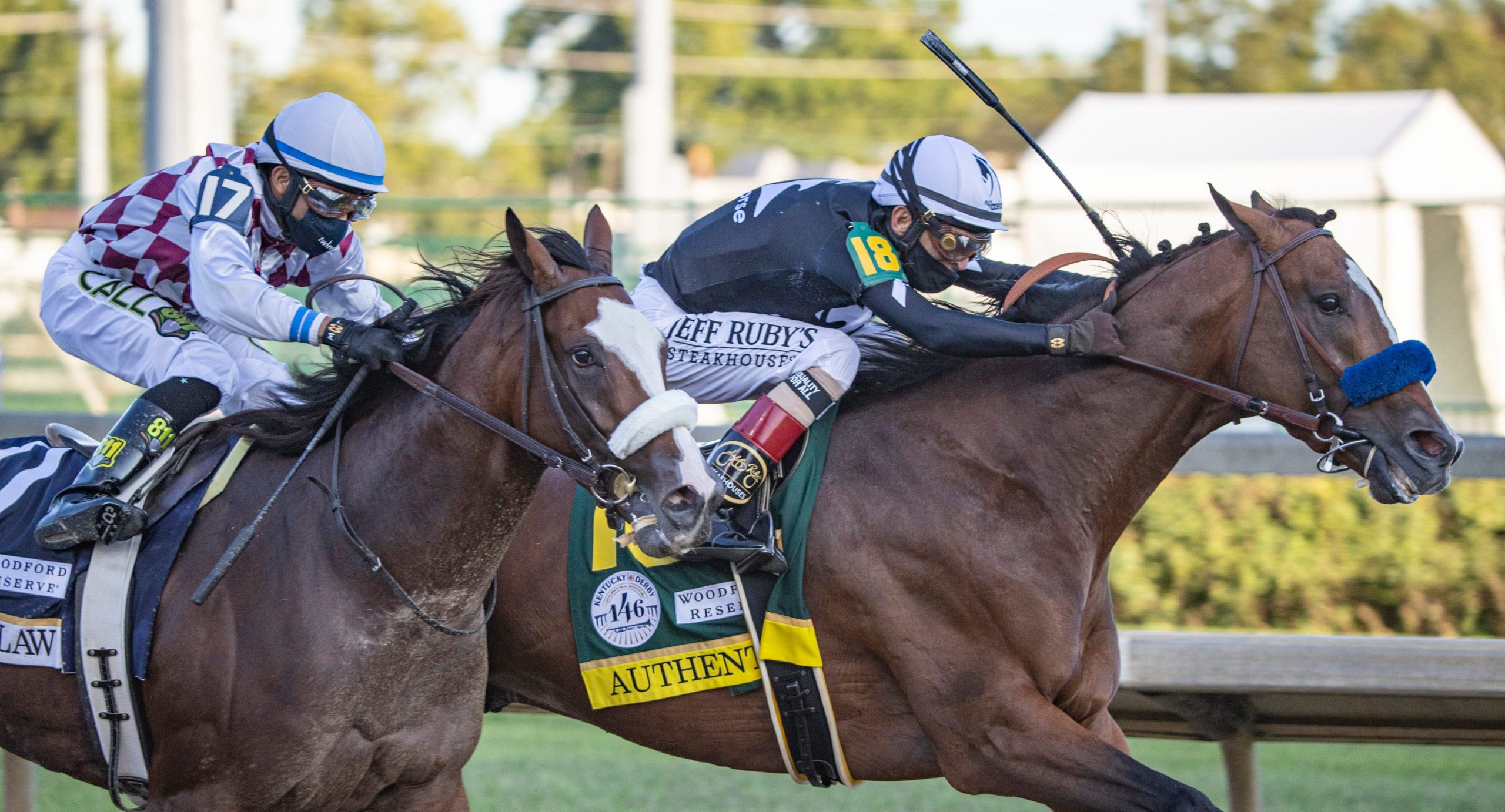 This Friday, two of the biggest days in the American horse racing calendar get underway as the 2020 Breeders’ Cup takes place at Keeneland. Some of the biggest and best horses from around the world will descend upon the Kentucky track looking to win one of the sports most illustrious races.

A total of $31 million in prize-money is up for grabs and kicks off on November 6 with Future Stars Friday, which will solely feature the best two-year-olds across the globe. That is followed by Championship Saturday on November 7, which is headlined by the Breeders’ Cup Classic. Star horses such as Kentucky Derby winner Authentic and Maximum Security — victorious in the inaugural Saudi Cup — will be in contention, as well as Tiz The Law. Last year’s Breeders’ Cup Classic winner was Vino Rosso, who was ridden by Irad Ortiz and trained by Todd Pletcher.

What is the Breeders’ Cup?

The Breeders’ Cup is one of the highlights of horse racing worldwide and attracts a whole host of star names. While Authentic, Tiz The Law and Maximum Security are some of the best American-trained horses, plenty representing overseas trainers travel over for the big occasion. In fact, last year’s Breeders’ Cup featured 47 horses trained outside the United States.

The first Breeders’ Cup took place in 1984 and was originally held on just one day, before being extended to two in 2007.

As mentioned, the Breeders’ Cup Classic is the biggest and richest race of the meeting and is run on the dirt over a mile and a quarter. Horses aged three and older are eligible to run, and it is worth a huge $7 million in prize-money this year.

The best juveniles in the world take to the stage on Friday, with four Grade 1 contests to get excited for. While the dirt races are normally dominated by US-based horses, those which take place on the turf have a much bigger global feel.

The Breeders’ Cup Juvenile Turf (3.10 p.m) has 14 runners declared to run and Mutasaabeq, trained by Todd Pletcher, will be looking to get the job done for the home team. The colt was an impressive winner of the Grade 2 Bourbon Stakes at the track last month. However, he faces stiff competition from Irish duo Battleground and Cadillac.

Battleground is trained by Aidan O’Brien, who has won the champion trainer title in Ireland every year since 1999. His colt won the Chesham Stakes at Royal Ascot in England before striking again in the Vintage Stakes in June. Cadillac represents Jessica Harrington, and that two-year-old won the coveted Champions Juvenile. He tends to thrive on good ground, so be sure to keep track of what the turf is looking like on Friday.

The Breeders’ Cup Juvenile Fillies’ (3.50 p.m) takes place on the dirt and the three at the top of the betting are Princess Noor, Simply Ravishing, and Dayoutoftheoffice. They are all unbeaten after three races each, and it will be fascinating to see who comes out on top.

The Breeders’ Cup Fillies Turf (4.30 p.m) currently has Aunt Pearl at the top of the market after two stylish wins so far. Her latest success came last month in the Jessamine Stakes. One who catches the eye though is Campanelle for Wesley Ward. That filly won the Group 1 Prix Morny in France over six furlongs back in August, and shaped that day as though this step up to a mile would suit her perfectly. She will be ridden by Frankie Dettori, who is one of the most famous jockeys around the world.

The Breeders’ Cup Juvenile (5.15 p.m) is the final race of the night and the headline horse looks to be Jackie’s Warrior, who is bidding to win his fifth straight race under top jockey Joel Rosario.

Get ready for the best of the best on Championship Saturday

Racing fans are in for a treat on Saturday, with no less than 10 big contests to get excited for, nine of which are Grade 1s.

The Breeders’ Cup Filly & Mare Sprint (12.02 p.m) and Breeders’ Cup Turf Sprint (12.39 p.m) are our first two top-level races, and pit some of the fastest horses on the planet against each other in an all-out dash to the line.

They are followed by the Breeders’ Cup Dirt Mile (1.18 p.m), with the Chad Brown-trained Complexity the clear market favorite. After that is the Breeders’ Cup Filly & Turf (1.57 p.m), where Brown once again has the favorite in Rushing Fall. That five-year-old has won all three of her races this year on firm turf.

Mitole won the Breeders’ Cup Sprint (2.36 p.m) for Steve Asmussen last year, and the trainer looks to land the prize again this time with Yaupon. That four-year-old colt has won all four of his career starts, and last time scored by four lengths.

"If you were to have written a script you wouldn't have written it any different… we won the Breeders' Cup Sprint." ❤️

Mitole delivered for his connections this year at the #BreedersCup!

The Breeders’ Cup Mile (3.15 p.m) features a lot of overseas-trained horses including Kameko, who won the 2,000 Guineas in England this year. Chad Brown deploys Uni, who crucially won a Grade 1 over track and trip just last month.

The Breeders’ Cup Distaff (3.54 p.m) takes place on the dirt before the Breeders’ Cup Turf (4.33 p.m) gets underway. Aidan O’Brien boasts the two market leaders in that one — Magical and Mogul. Crucially, his stable jockey Ryan Moore has opted to ride Magical in the race.

Then, we have the main event. The Breeders’ Cup Classic (5.13 p.m) brings the curtain down as Tiz The Law, Maximum Security, and Authentic bid for success. However, they will have to contend with the Bob Baffert-trained Improbable, who has come from out of nowhere this season to light up the US racing circuit. In September, he blew away his rivals and beat Maximum Security by four and a half lengths in the Awesome Again Stakes at Santa Anita. Can he do it again? We shall see.