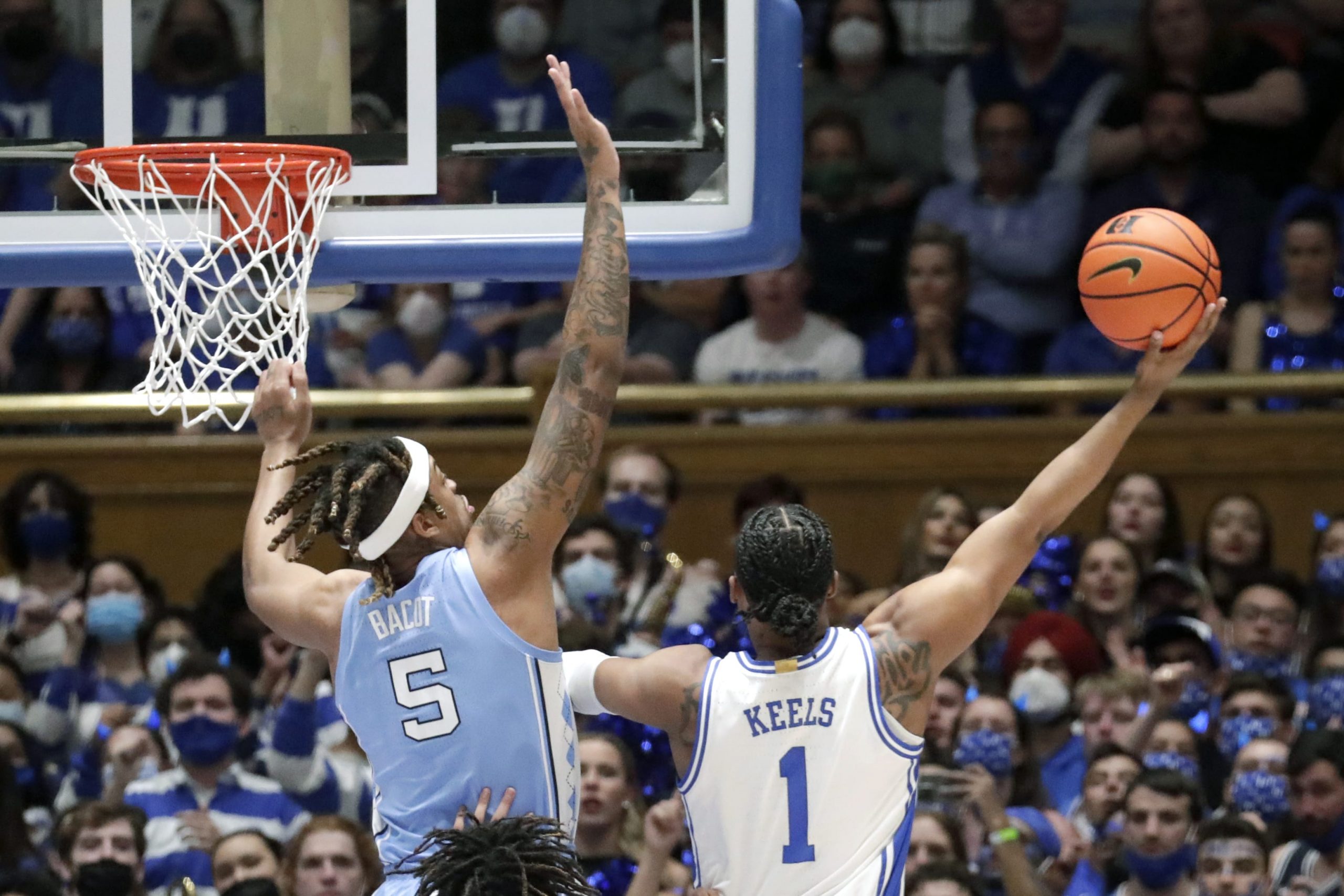 By now it’s likely that most are aware that this season was a down year for the ACC. There are very few teams that found themselves in the AP Top-25 throughout the season, and the conference experienced its worst year in terms of overall efficiency in the KenPom era (since 2002). As things stand now in the latest Bracket Matrix NCAA Tournament selections, there are currently just five teams projected to be in the field, and all but Duke are hanging on for dear life.

North Carolina is likely in with their win at Duke, but Wake Forest, Notre Dame, and Miami are all projected for a 10-seed or higher, meaning they’re not a lock to make the field. Given that we are likely to see five teams at most in the field, there’s at least a chance that a team such as Syracuse, Florida State, Virginia or Virginia Tech could steal a bid by winning the ACC Tournament. All are somewhat unlikely as you can see from their odds, but crazier things have happened. Let’s dive into the odds:

Looking at the odds courtesy of FanDuel, Duke is a heavy favorite at -130. The Blue Devils won the regular season ACC Title for the first time since 2006 and have been the best team throughout the majority of the season. However, we’ve seen them lose to a few lesser teams, most notably Miami who they lost to at Cameron Indoor Stadium.

Next in line are Wake Forest and Notre Dame at +900. The most notable thing here is that Notre Dame is the four-seed, meaning they receive a double-bye and an automatic trip to the quarterfinals, while Wake Forest would need to get past either Pitt or Boston College before facing Miami in the quarterfinals. Wake Forest is unlikely to lose against Pitt or Boston College, but they would need to win 4 games in 4 days to capture the title.

Unless you want to take Duke, you’re likely looking at someone in the group above in the +900 to +1200 range. Among those, I think North Carolina at +950 makes the most sense. Notre Dame potentially has a tricky quarterfinal matchup against Virginia Tech, a team that they lost to in the regular season. Despite not being in the mix for an at-large berth, Virginia Tech is actually the second-highest team in KenPom’s metrics, one spot ahead of North Carolina. The Hokies also finished strong, winning 9 of their last 11 games.

As mentioned above, Wake Forest would need to win 4 games in 4 days to win the title, including defeating Miami, who swept them in the regular season, and obviously Duke. Their path is too difficult, despite being my personal favorite of the non-Duke ACC teams. I also want to avoid Duke until the championship game, which rules out Miami.

North Carolina was an extremely erratic team this season, ranking 357th in Haslemetrics’ consistency metric. The Tar Heels lost 4 games by at least 20 points this season but have high upside as we just saw against Duke. Their potential path would be Virginia who they beat by 16 points, and then likely either Virginia Tech or Notre Dame. North Carolina swept Virginia Tech and lost by just five Notre Dame in a game in which Notre Dame shot 13/31 from three. The Tar Heels would then likely be a favorite or a pick’em in the title game if someone were upset Duke, or if not, they’d look to win their second straight against the Blue Devils.

I think we are getting fair odds on North Carolina as well, as +950 implies a 9.5 percent probability. BartTorvik’s ACC Odds Simulator gives North Carolina an 11.5 percent chance of winning based on his metrics, so +950 is a reasonable price.