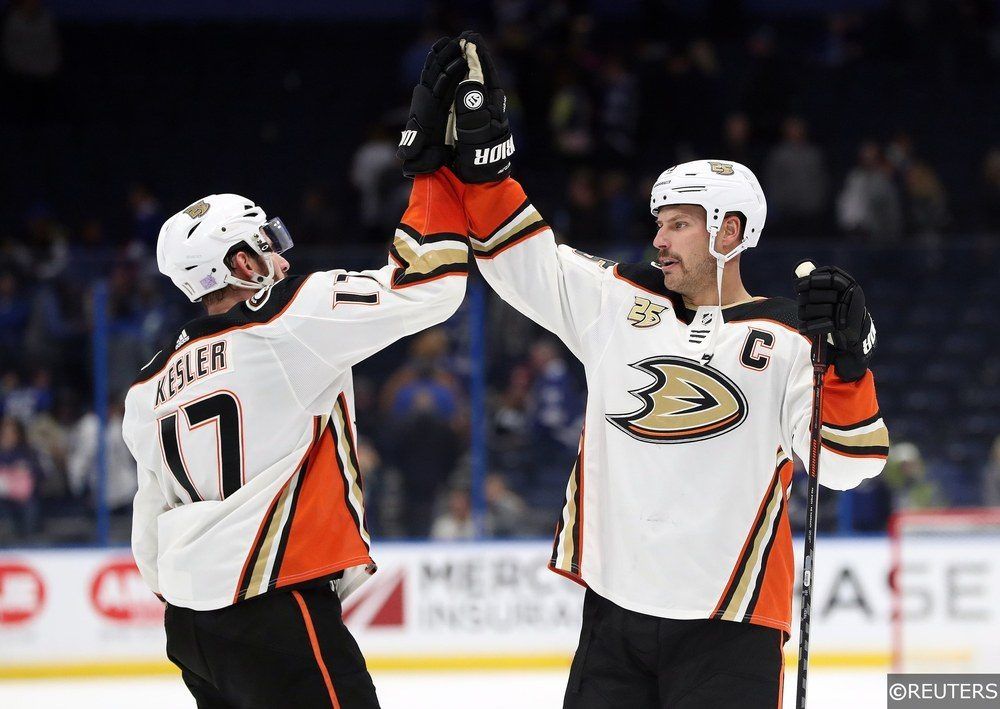 The 2018 Anaheim Ducks finished with a record of 35-37-10 and 80 points which gave them the 13th best record in the Western Conference and 6th best in the Pacific Division. The Ducks are in rebuild mode, but unlike the Los Angeles Kings in the division, they have young and up and coming players as well as cap room to improve the team. They are likely a few seasons away from becoming relevant again, but they aren’t in as bad of shape as some of the other bad teams in the NHL.

The Anaheim Ducks were the lowest-scoring team in the NHL last season averaging 2.43 goals per game. They ranked 27th in power-play goals per game with 0.44 and had the 2nd worst power-play chances per game with 2.59. Ryan Getzlaf led the team in points and assists with 48 points and 34 assists. Jakob Silfverberg led the team in goals with 24. This team is young and will likely play at a faster pace this season which will help improve their offensive stats. I look for the Ducks to show significant improvement in the scoring department this season.

Defensively the Ducks allowed 3.06 goals per game which ranked 18th in the NHL. John Gibson, who started the majority of the games at goalie for Anaheim finished with a record of 26-22-8 with two shutouts, and a .917 save percentage. He saw roughly 33.23 shots per game which were the 6th most in the NHL last season. Gibson will return at goalie again this season and has been decent throughout his career in the NHL.

The Anaheim Ducks finished last season with 80 points which were the 13th most in the Western Conference and the 6th most in the Pacific Division. They didn’t make any significant pickups in free agency but did relieve some of the cap space by getting rid of Corey Perry’s contract. The rebuild will be a slow process for the Ducks. Things still look bright as they have young talent and will play at a higher pace this season, which should lead to more scoring opportunities. I also look for the Ducks to play better defensively in front of Gibson this season which should help reduce their goals allowed per game average from last season. They aren’t a contender to make the playoffs this season make no mistake about it, but they are an improved team over last season, and I look for them to improve upon their 80 points from last year making the over 79.5 points a smart play on the Ducks this year.

The Anaheim Ducks are a rebuilding team, but unlike the Kings in the division, they are not as strapped to expensive contracts especially after buying out Perry’s contract. Still, they play in a tough division with the Golden Knights, Sharks, and Flames. In which all three of those teams are more talented and have more experience than the Ducks of Anaheim do which will hurt them from making the playoffs this season. They did finish with 80 points last season which was 27 points back of the Flames for 1st place. The Ducks are a young team that will show significant improvements this season, but that doesn’t mean they are in the upper echelon of the Pacific Division. In a few years, this will be a smart bet, but as far as this season they aren’t at the top of the division in terms of talent which makes it a bad chance to take.

Anaheim and the Los Angeles Kings are the teams least likely to win the conference this season. The Ducks are a better team than the Kings though but still have a long way to go to be considered one of the Stanley Cup contending teams in the NHL. They have the speed and athleticism to make significant strides this season, and they return their top two offensive players this season. The Ducks also have one of the better goalies in the NHL, and with the talent, they have on defense this season they will likely see an increase in their goals per game and a decrease in the goals per game allowed. Still, they don’t have the experience or the top-end talent as some of the other teams in the NHL which will hold them back this season. At 100/1 this bet may look tempting to the fans of the Anaheim Ducks, but I cannot recommend placing any wager on the Ducks to win the Western Conference this season.

The Ducks are going to show significant improvements this season both from an offense and defense perspective. Vegas has them tied with the Red Wings and Kings as the teams 2nd least likely to win the Stanley Cup at 200/1 with the team less likely being the Ottawa Senators. The Ducks play in a tough division and a tough conference with teams like the Golden Knights, Avalanche and the defending Stanley Cup Champion St. Louis Blues. The Ducks bring back their top assist producer as well as their top scorer from last season. They also have a solid goalie in John Gibson. They are a young team and will be one of the quickest improving teams in the NHL over the next few seasons and will likely be a contender within the next few seasons. However, this season they aren’t likely to make the playoffs as there are multiple teams in their division that are far superior compared to the Ducks are this season. As a result, I cannot recommend a wager, even a small one, on the Ducks to win the Stanley Cup this season.