Are the Bruins the NHL's Best? 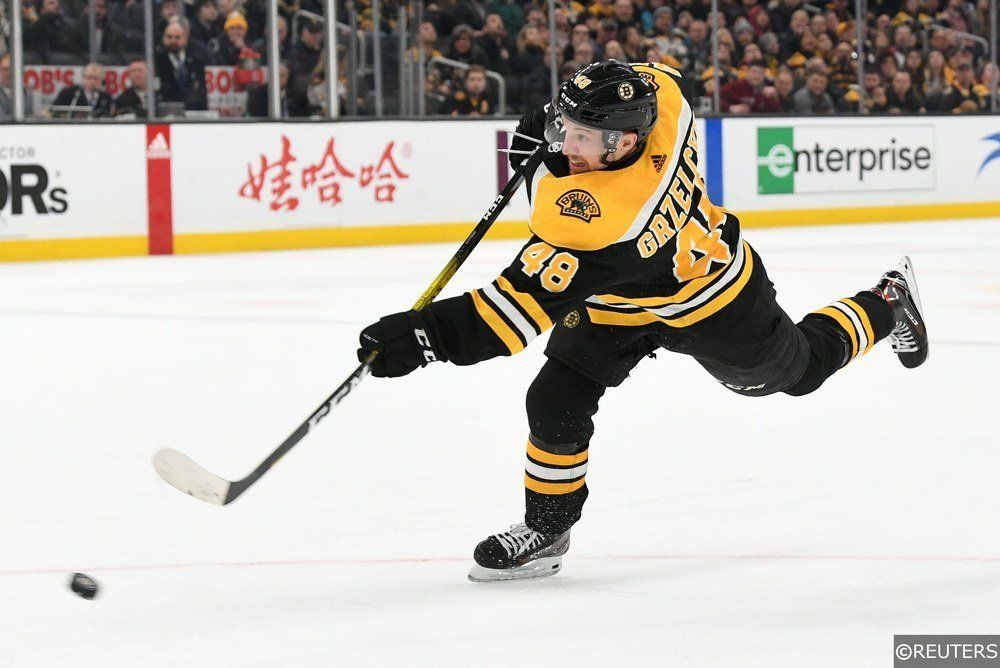 The Boston Bruins looked to be at the top of the NHL to start the month of December as shown by the Pickswise Power Rankings, but two home losses for Boston in the past week and they look a little lost. With lots of hockey remaining, Boston still has plenty of time to return to the top of the NHL. Yet they aren’t the only top team in the NHL currently. Let’s take a look at which teams are the NHL’s Best so far in the 2019-20 season.

The Bruins should remain near the top as the Bruins sit at 20-4-6 on the season. Even though they had a bit of a slip up losing their last two games on their home ice. The loss against Chicago was, what it was, but the Bruins could only manage a lone goal against a solid Colorado team on Saturday. Which brings the question, what do the Bruins have to do to perform better against the NHL’s elite teams? Having Patrice Bergeron coming back to the line-up is definitely a good start, as he missed seven straight games.  Ottawa is next on the schedule, which should be much if any trouble, but with back-to-backs against the Capitals and Lightning looming, the focus moving forward will need to be there if Boston wants to remain in the conversation as one of the NHL’s Best teams.

Wow, the Washington Capitals are on fire, and they have proven night in and night out that they might be the favorite for the Stanley Cup this season. Washington (22-4-5) has already accumulated 49 points on the season. The Caps are also coming off a very convincing victory over Anaheim on Saturday. This current-six game winning streak sure looks like it could go on for a while. The Blue Jackets visit Capital One Arena next, but the Capitals can’t get complacent, with the Bruins and Lightning in the coming week. Alexander Ovechkin has been crushing it all season and his numbers speak for themseleves with 31 points in 31 games, on 20 goals and 11 assists. Boston is elite, but the Capitals might be the very best of all in the NHL.

The defending Stanley Cup champions probably belong in this conversation, but not just for that reason. The Blues have proven they belong near the top as they are the current division leader in the Central, and are 18-7-6 and at 42 points. But they don’t have a very big lead in that division as another top contender in Colorado is lurking on their heels. St. Louis will need to find a way to back on track as they have lost their last two games in a row against Pittsburgh and Toronto. The road ahead just gets tougher, with games against the Blackhawks, Golden Knights, Sabres and then a huge game against the Avalanche. Luckily three of those four games will be at Enterprise Center in St. Louis. If the Blues want to remain in the elite, they will have to keep on winning the tough games.

The Avalanche may be second in the Central Divison, but that won’t be for long if their current six-game winning streak continues on. Colorado is playing some of the best hockey in the NHL. Their recent victory over the Boston Bruins has proved the Avalanche can hang with the NHL’s best teams this season. They made pretty easy work of Boston as they got a 4-1 victory at the TD Garden. Colorado gets its next three games on their own ice, before heading to St. Louis with a shot at getting a victory over the defending Stanley Cup Champions. The frontline for the Avalanche has come into its own and is arguably one of the best in the league. Nathan McKinnon is having a great start to the season with 18 goals and 27 assists which is good for 45 points.

The Oilers makes the list, almost mainly on the fact they are the division leader in the Pacific Division as the rest of that division has been almost a complete train wreck. The Pacific has six teams with over 30 points on the season, and that makes for an interesting race for the rest of the season. The Oilers aren’t quite at the elite level but they have an 18-10-3 record so far and 39 points, but the Coyotes are right on their tail. A 2-2 record in their last four games, has this team near the edge. They get their next two games at home and that could prove vital.

One team knocking on the door

The New York Islanders could arguably be in the elite level conversation as well, as they sit second in the Metropolitan Division. The Islanders (19-7-2) sit nine points back of the Capitals, so there is quite a large gap, but the Islanders could make a push after seeing them win 10 in a row early in the season. A couple of tough road games in Florida will truly test New York.