Arsenal kicked off their Premier League season with a hard fought win away to Newcastle last weekend, with Pierre-Emerick Aubameyang predictably scoring the only goal of a rather scrappy affair at St James’ Park.

It wasn’t quite what everyone envisaged, but it’s 3 points on the board for Unai Emery’s men and they have a great chance to make it 2 wins from 2 on Saturday. Should they win this game, it would be the first time Arsenal have opened a campaign with 2 consecutive wins since 2009/10.

The signs certainly look promising for the Gunners as well. They may have struggled on the road last season, but at the Emirates they looked unstoppable at times. In fact, they lost just 2 league games there and won an impressive 74% of them, scoring an average of 2.2 goals per game at home.

Burnley’s start to the new Premier League campaign was less low-key than their counterparts and even more pleasing to the Turf Moor faithful. They put in a wonderful performance to smash Southampton 3-0 at home, banishing the memories of last year’s difficulties.

Last season, admittedly, The Clarets were hampered by a short preseason that saw them in Europa League action early on. They also bore the weight of an unexpected 7th place finish, and all of these factors worked against them to condemn them to a 15th place finish. The new season, at least for now, seems to hold much more promise.

It gets worse. Arsenal have won all seven games against Burnley at the Emirates, scoring 21 goals in the process, and Burnley boss Sean Dyche has lost all 8 of his Premier League encounters with The Gunners. To rub a bit more salt in the wound, Burnley have conceded an average of 2.3 goals per game in their away Premier League games against London clubs.

An Arsenal win certainly seems written in the statistics, and a high scoring one looks likely too. Burnley have seen at least 3 goals scored in 7 of their last 10 Premier League away days and in each of their last 9 trips away to Big Six opponents. For this reason, we’re backing an Arsenal Win and Over 2.5 Goals, and with The Gunners winning their last 2 matches against Burnley by a scoreline of 3-1, that’s what we’re opting for in the correct score prediction. 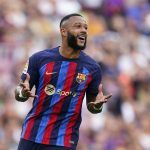