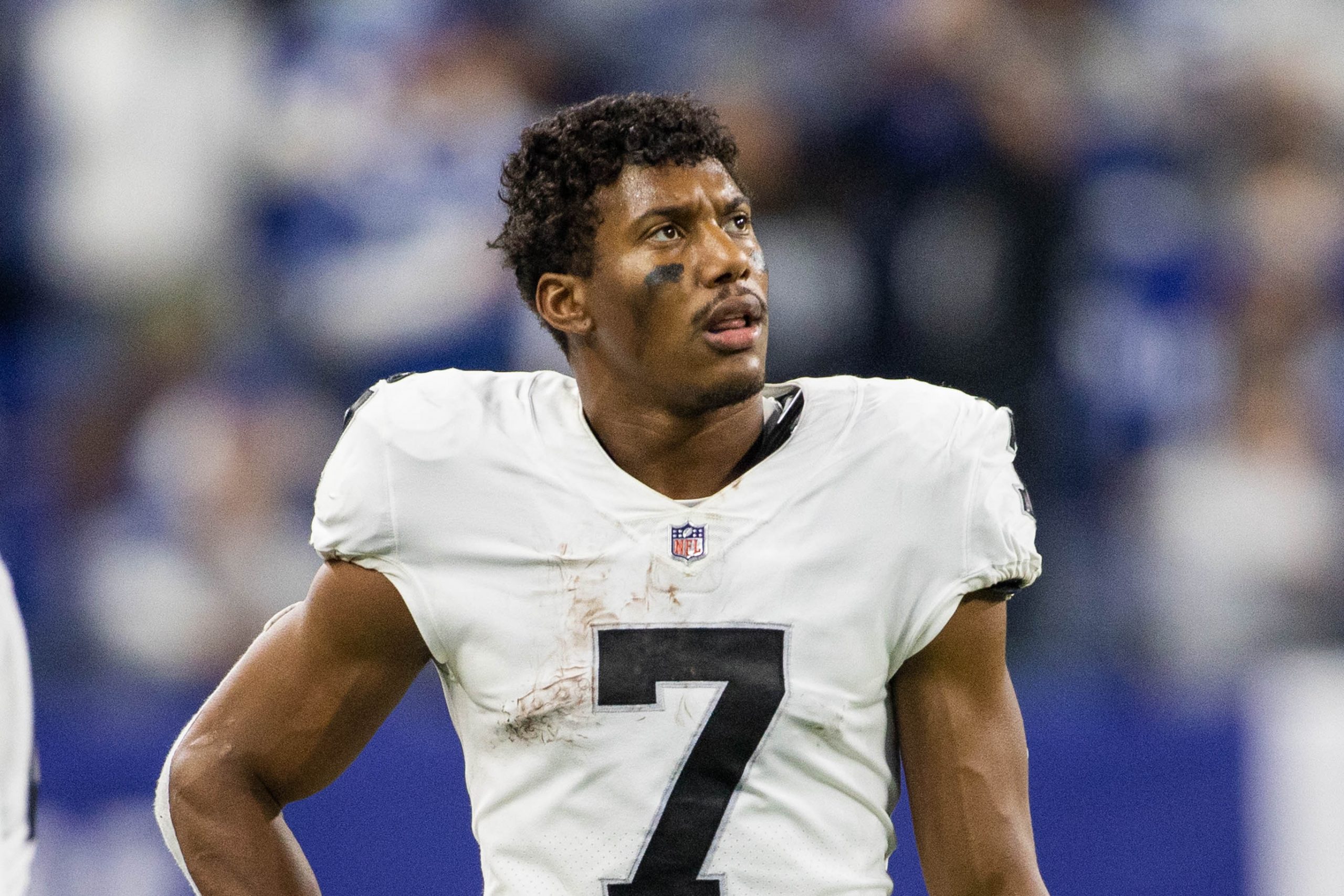 The last Sunday Night Football matchup of the season should be a doozy. Not only will be treated to an AFC West clash, but in all likelihood, this game will serve as de-facto elimination game. The Raiders and Chargers square off with a playoff berth awarded to the winner. Before I get to my favorite bet, be sure to check out our full game picks and analysis.

There’s nothing better in sports than win-or-go-home matchups. Teams put it all on the line, typically leaning on their best players to perform. This game should be no different, and my best bet of the night reflects that. I’m focusing squarely on the Raiders receiver who has stepped up in a big way of late.

Line available at FanDuel at time of publishing. Playable up to -150, with up to over 45.5 receiving yards as an acceptable pivot.

With the Raiders pass catching group in flux, it’s Jones who has come to the rescue over the last few weeks. Over the last 6 games, Jones is 2nd on the team to Hunter Renfrow in targets, catches, receiving yards and routes run. He’s pulled in at least 5 catches in 5 of those games.

Jones’ resurgence has coincided with the Raiders cutting Henry Ruggs, and losing All-Pro tight end Darren Waller to an injury. Now Waller has been deemed a game-time decision for Sunday night, and if he does suit up, he’ll almost certainly be on a snap count. This play assumes Waller will be playing, but of course Jones’ value would jump if the tight-end can’t go.

Jones had been used as a part-time deep threat over the first part of the season. But with his expanded role has come shorter routes. More than half of his targets (23 of 45, 51%) over the last 6 games have come within 10 yards of the line of scrimmage, compared to just 25% (4 of 16) previously. The higher percentage routes has led to an uptick in receptions.

If it ain’t broke…

While the Chargers have been good against opposing wideouts on paper, in a do-or-die matchup, I expect the Raiders to lean on what’s been working. And what’s been working has been getting the ball to Jones. I have the 6th year pro projected with 5 catches for 55 yards on Sunday night.

And yes, if the Jaguars somehow upset the Colts, then these two teams can both clinch a playoff spot by tying. I do not expect Indianapolis to lose, but I’ll be sure to tweet guidance on this play in the unlikely event of that happening.