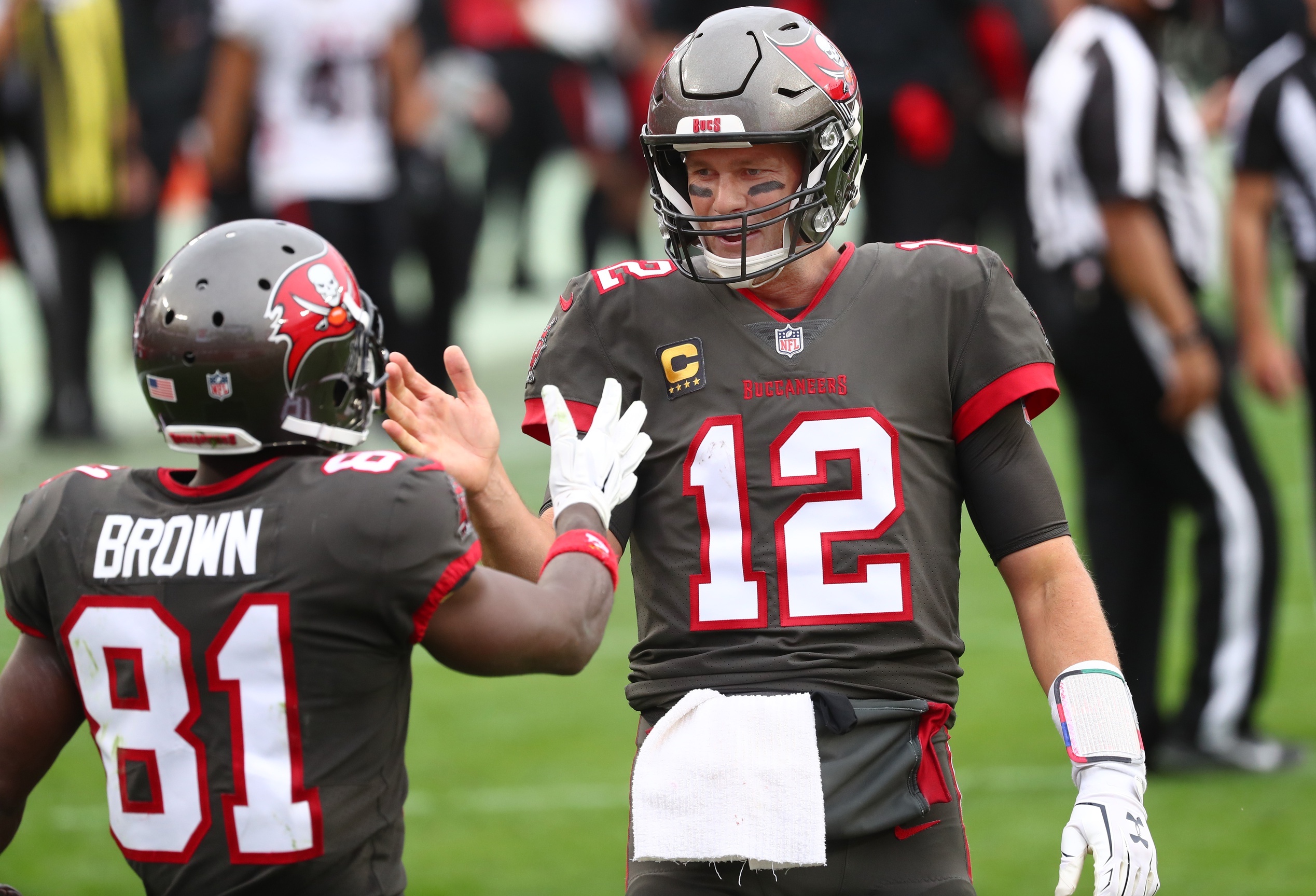 There are Sunday Night Football games, and then there is tonight’s matchup. Tom Brady makes his much anticiapted return to New England to take on his former team. Almost every football fan had this one circled back when schedules were released. And sports bettors are no different, with this one poised to challenge records for highest handle for a regular-season game. Before I get into my favorite player prop, be sure to check out our experts picks for game sides and totals.

Angles, angles, and more angles; there is no shortage of ways to attack this matchup. For me, though, while not betting directly on Brady I’m looking to indirectly use his motivation as correlation for my play of the night.

We know Brady is going to want to put his stamp on this game;that motivation is obvious. With Brown’s activiation from the COVID-19 list after missing Week 3, Tampa Tom will have one of his favorite targets back.

Brown exploded on the scene with a 121 yard game in Week 1, which lead the Bucs. After a muted Week 2 (in a game with a unique game-script), Brown is poised for a bounce-back night against his former team. After joining the Bucs last season, Brown’s target (21 percent) and catch share (23 percent) were better than both Mike Evans and Chris Godwin, despite playing limited snaps.

While the Patriots possess an above average pass defense, Brown should have his fair share of opportunity to some damage. Not only will the Bucs be without tight-end Rob Gronkowski, but also reserve receiver Scotty Miller and pass catching running back, Giovanni Bernard.

With a highly motivated Tom Brady implied by sportsbooks at roughly 39 pass attempts, Brown projects to be in line for around 8 targets. The receiver has put up 8.7 yards per target as a Buc, projecting his yardage comfortably in the high 60s. Even in a tougher matchup, the cushion is too much to ignore, making this my favorite play of the night.

Check out our full game preview of Buccaneers vs Patriots.

NFL Week 7 survivor pool picks: Go with the obvious for another week of safety