The three best underdogs for Week 17 of the NFL Season 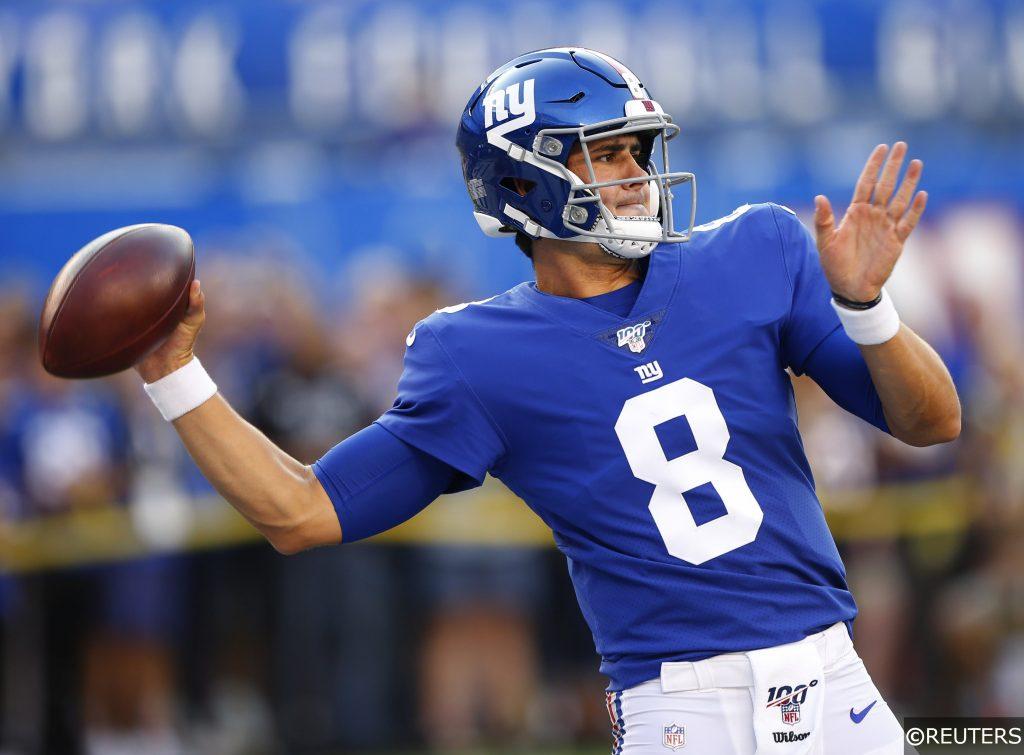 There have already been a ton of upsets in the NFL during this bizarre 2020 season, and they’re not going to stop as the season winds down here. Things are up in the air during the 2020 campaign more than ever, and that might even be exacerbated in the final couple weeks of the season.

There’s often value on NFL underdogs as the public inflates big favorites, and with that in mind today we’ll be breaking down a few of our favorite underdog picks for Week 17:

The Giants being home underdogs of a field goal to this Cowboys team is a bit ridiculous. Looking at these teams’ recent schedules will tell you everything you need to know about how the public perceptions of them have changed. The Cowboys are suddenly ‘back’ because they beat three struggling teams while catching a good amount of lucky breaks in all three of them. Meanwhile everyone has been quick to write off the Giants because they lost to the Ravens, Browns, and Cardinals the past three weeks.

One of those games was with Colt McCoy at quarterback, and another was with a severely hobbled Daniel Jones. Remember, this is a team that right before this stretch had won four in a row and beat the Seahawks. New York’s defense is still very solid, and their offense should finally get it going here now that they get a soft matchup. This line has shifted from where we bet it earlier in the week, but there’s still value on the Giants.

Obviously the big story for this game is that Patrick Mahomes isn’t playing, but that doesn’t mean the Chiefs will be completely lifeless. As we saw with Alex Smith, Andy Reid can get any quarterback to put up big numbers, and that likely includes Chad Henne against a very banged up Chargers defense. Kansas City won’t be the only side in this game playing without stars, as Los Angeles will be without Keenan Allen and many others.

The Chiefs still want to enter the playoffs with some momentum, and they aren’t going to just roll over at home and let the Chargers beat them on their own turf. It also doesn’t look like Joey Bosa or Casey Hayward will play for Los Angeles, massive losses for their defense. Oddsmakers have overreacted to the Mahomes resting news, creating some value on the home ‘dog here.

Speaking of overreactions to quarterback news, there’s a ton of value in this number here. The lookahead line published last week was -4, and a seven-point adjustment for the absence of Jared Goff is way too much. Much like Reid, Sean McVay is capable of making any quarterback look good, and I really don’t expect much of a dropoff from Goff to former AAF star John Wolford. Goff has been turning it over at one of the highest rates in the league while at the same time being toward the bottom in average depth of target, so I really don’t see how the quarterback play can get much worse.

The Rams have a defense that has arguably been the best in the league to rely on, and Kyler Murray is going to be playing at well less than 100 percent as he deals with shoulder and leg injuries. This is a must-win game for the Rams, so nobody is going to be thinking about whether they have a backup quarterback under center. DeAndre Hopkins is also nursing a hip injury, so it’s not like Arizona is going to be at full strength either.