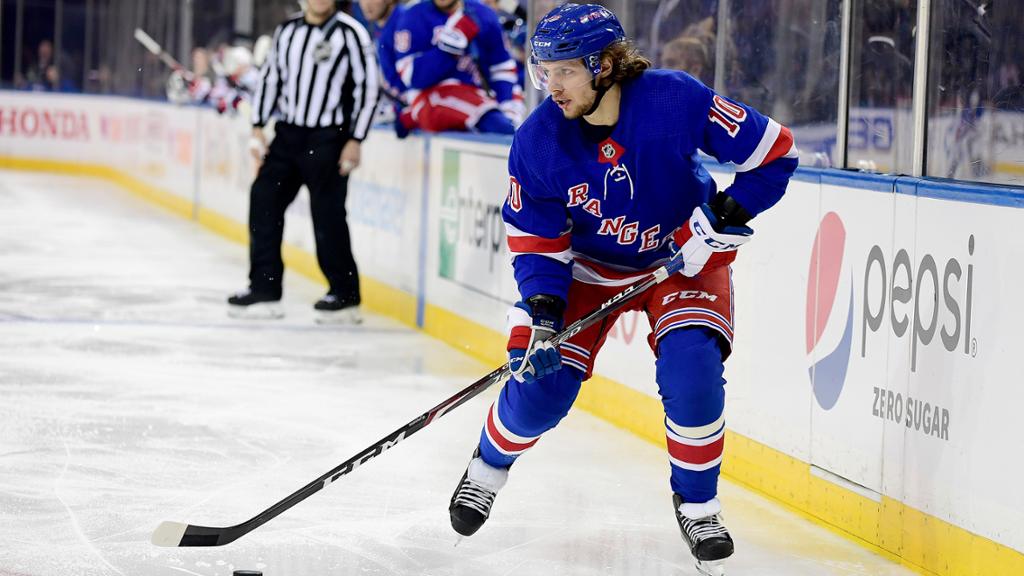 There are seven games tonight in the NHL, we’re going to take a deeper dive into two of the matchups and choose two player props we think will provide good value and will have a great chance of hitting. Games are starting at 7:00 pm ET and the final game of the night starts at 10:00 pm ET.

Artemi Panarin of the New York Rangers has been playing some of his best hockey of the season over the last two weeks. Considering who his opponent is tonight (the Buffalo Sabres), bettors should ride the hot hand here. In four of his last six games, Panarin has recorded at least 2 points. With a total of 12 points in his last six, it will be difficult for the Sabres to contain him. Buffalo doesn’t have anyone offensively or defensively that can match up with Panarin. He is one of the best wingers in the world and the Sabres are a fairly young team and don’t have “the guy” to help in these situations. After getting embarrassed 7-3 against Colorado the other night, Panarin and the Rangers will be playing for the win, which should mean more chances for Artemi to do his thing.

Aaron Dell is expected to play for the Sabres tonight and his record should say a lot to bettors. He is 0-5-0 with a 4.51 GAA and .872 SVP; the Rangers should dominate this game. The Sabres allow the second-most goals per game this season, as well. Buffalo, despite having a respectable start to the 2021-22 campaign, has tailed off dramatically and Panarin has been playing incredible hockey of late. There is good value on him delivering at least 2 points.

Be sure to check out our full game preview for the New York Rangers vs. Buffalo Sabres.

Detroit Red Wings forward Lucas Raymond still remains the favorite to win the Calder Trophy as Rookie of the Year, but he’s looking in his rearview mirror right now as Trevor Zegras is starting to heat up. Raymond will want to build on his 2-point game last night as he continues his bid for that trophy. Once scoring a point per game, Raymond looked like he had maybe fallen off with just 3 points in his last five games. However, rookies go through slumps all the time and if that stretch is considered a “slump” then bettors should be confident heading into tonight. Raymond has 24 points in 27 games and has led the Red Wings (one of the worst teams in the league for the last 5 seasons) to a 13-11-4 record and fourth place in the tough Atlantic Division. He’s quite simply the real deal.

Tonight will be a good test for Raymond; he’s going up against the Colorado Avalanche, who are 8-2 in their last 10. However, defensively the Avs have been struggle tremendously which is great news for bettors. They’re allowing 3.43 goals per game, which is even more than the Wings. And in their last five games they have allowed a total of 23 goals If the Red Wings can have a solid night on offense tonight, Raymond will be a likely contributor. Back him to record a point.

Be sure to check out our full game preview for Detroit Red Wings Vs. Colorado Avalanche.