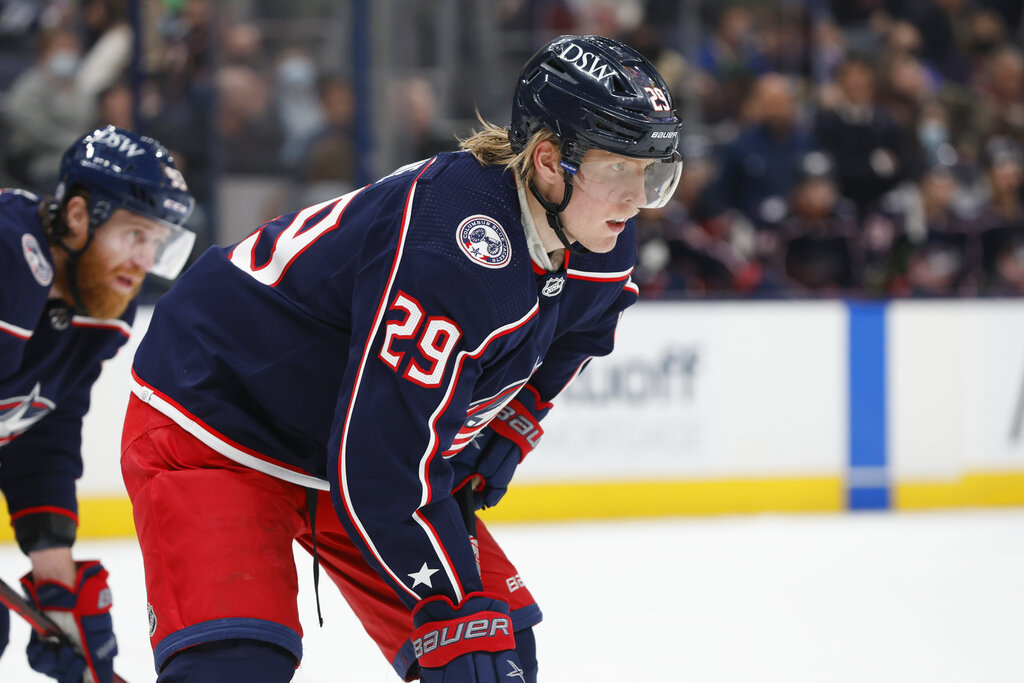 There are six NHL games tonight, and we’re going to take a deeper dive into two of the matchups and choose two player props we think will provide good value and will have a great chance of hitting. Games are starting at 7:00 pm ET and the final game of the night starts at 10:00 pm ET.

This is the best Patrik Laine has looked since his rookie season. He’s currently operating at more than a point per game for the Columbus Blue Jackets and he’s starting to look like the goal-scoring phenom he was promised to be back in 2016. He’s currently leading his team in points per game, as well as goals. With 19 goals in 32 games, he is scoring the sixth-most goals per game in the league right now. He has 13 goals in his last 10 games and is proving once again how skilled he is at putting the puck in the back of the net. He currently has three goals in his last two games. At +155, bettors should ride the hot hand of Laine right now, you’ll get great value and a likely chance of hitting. Take him to record over 0.5 goals tonight.

This is the second game back for Dougie Hamilton after breaking his jaw two months ago. Oddsmakers seem to be undervaluing Hamilton’s importance to the Devils, as he not only quarterbacks the powerplay, but he leads his team in ice time every night. The Devils and Hamilton are playing the Chicago Blackhawks tonight, which is great news for bettors. The Blackhawks are currently on a three-game losing streak and are allowing 3.35 goals per game this season. Their first meeting this season came on opening night, where Hamilton scored a goal in the first 17 seconds of play. After finding his footing and getting back to game speed last night, Hamilton should get right back on track tonight with a point. He has 20 points in 31 games as a defenseman. Take Hamilton to record over 0.5 points tonight.