Best player props for Monday's NHL slate: It's a personal game for Kane 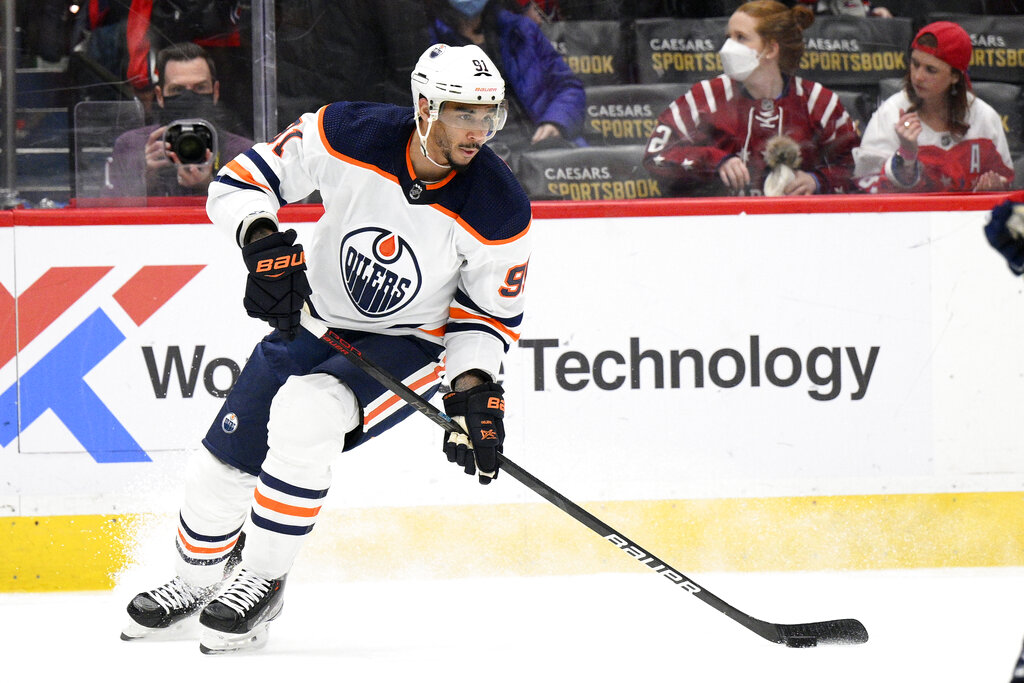 There are only four games tonight, we’re going to take a deeper dive into one of the matchups and choose one player prop we think will provide good value and will have a great chance of hitting. Games are starting at 8:00 pm ET and the final game of the night starts at 10:30 pm ET.

Along with our player prop, be sure to check out our full game previews for tonight’s matchups. Also, be sure to follow our main Twitter account for more daily free picks covering all sports.

The final game on tonight’s schedule holds a ton of value. Edmonton Oilers’ forward Evander Kane will be playing his former team — the San Jose Sharks — for the first time, so there are bound to be fireworks. After Kane’s departure from the team, there were a lot of former teammates that spoke out about the drama and issues Kane may have caused while on the Sharks. Tonight’s game is personal for him as he looks to record his third goal of the season. In the 6 games, Kane has recorded 2 goals and 2 assists; he has been playing well switching between the first and second line. With the hiring of new head coach Jay Woodcroft, Kane has been stationed on the second line with Leon Draisaitl — who is leading the league in points — and on the first powerplay unit.

In their last 10 games, the Sharks have only won 3 times. They are currently on a 3-game losing streak and are allowing more than 3 goals per game. They have struggled, and a reenergized Oilers team should do well tonight. In all 6 of his games this season, Kane has had 3 or more shots on goal. He is shooting the puck early and often, and against his former team at least 1 should drop. Take Kane to go over 0.5 goals tonight.