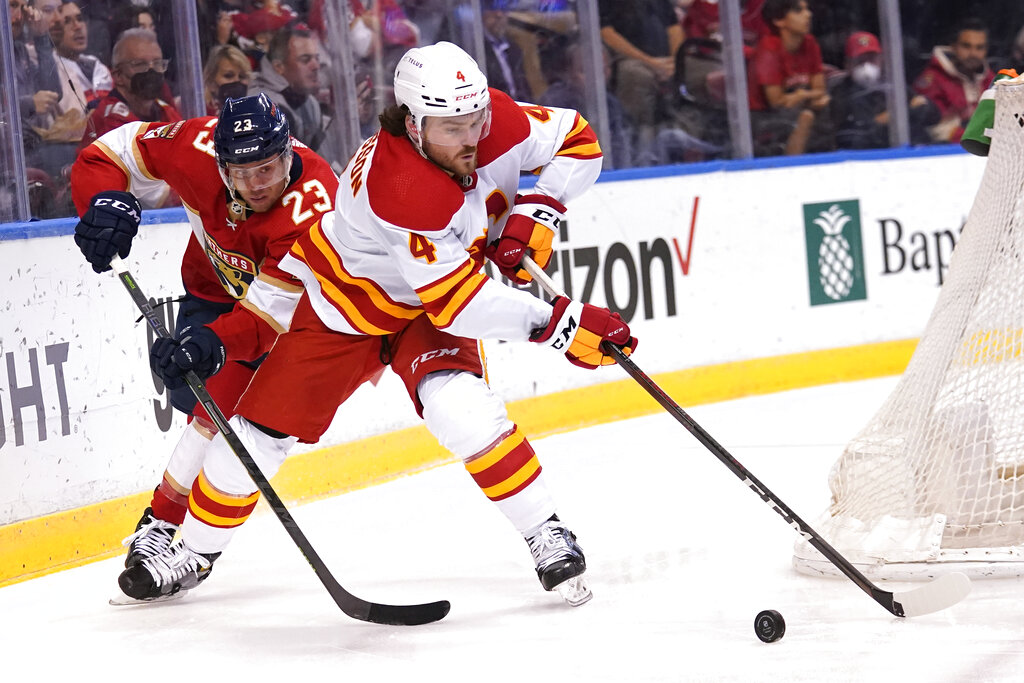 There are five NHL games tonight, and we’re going to take a deeper dive into two of the matchups and choose two player props we believe will provide good value and will have a great chance of hitting. Games are starting at 1:00 pm ET and the final game of the night starts at 8:00 pm ET.

Rasmus Andersson has turned into the Flames’ No. 1 defenseman. After a quiet game with no points on Saturday, Andersson will be looking to get back on the scoreboard tonight against Winnipeg. He has six points in his last five games, including a three-assist performance on Wednesday. For a team that’s 9-1 in their last 10 games, Andersson’s contributions are resonating with the team and he should continue this hot run he’s been on.

The Flames are averaging the seventh-most goals per game and second-most shots per game. Andersson is also their primary defenceman for the powerplay. This should be a high-flying game between the Flames and the Jets, and special teams may be the difference-maker. The Jets have the fifth-worst penalty kill in the league, expect a lot of chances for the Flames tonight. Take Andersson to record over 0.5 points tonight.

After an eight-game goalless drought, William Nylander scored two goals in the Leafs’ game against the St. Louis Blues. Nylander was on a bit of a cold streak over the last couple of weeks, but he finally got the monkey off his back last game and will be looking to build on that. Head coach Sheldon Keefe had Nylander working on the third line for a bit, but after minimal individual success, he was moved back to the second line.

The last time these two teams met was the season opener, in which Nylander recorded a goal. During last year’s postseason, Nylander led the Leafs in scoring against the Habs with five goals and eight points in seven games. He plays well against Montreal. In the last 10 games, the Canadiens are just 2-8-0, allowing 4.7 goals per game. Expect the high-flying offense of the Leafs to take advantage of that. Take Nylander to record a goal tonight.