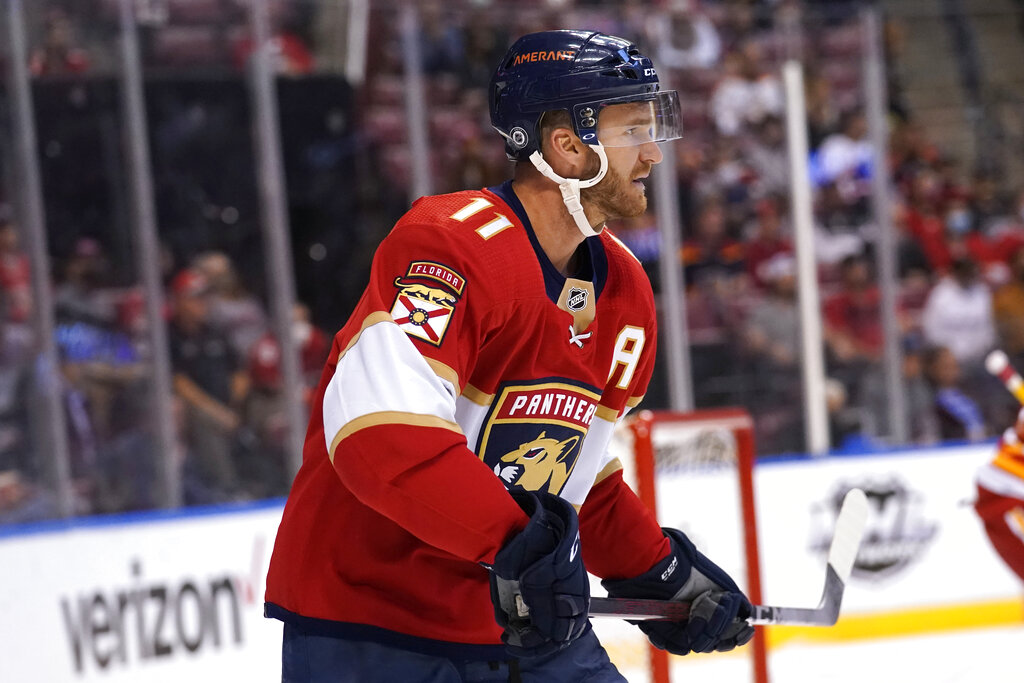 There are 10 NHL games tonight, and we’re going to take a deeper dive into 2 of the matchups and choose some player props we think will provide good value and will have a great chance of hitting. Today’s games are starting at 12:30 pm ET with the final game of the night at 10:00 pm ET.

Florida’s Jonathan Huberdeau is right there at the top of the NHL points-scoring race with Connor McDavid and Leon Draisaitl, currently sitting in 3rd place. Huberdeau is a point-producing machine. He had an 11-game point streak snapped in his last outing, but during that 11 run, he had 7 multi-point games, with 6 of them coming in a row. Yes, that’s right, 6 straight multi-point games. He is one of the main offensive pieces on this Florida Panthers team that is averaging an astounding 4.06 goals per game. The Panthers do most of their scoring at home, which is where they will be tonight to take on the Detroit Red Wings. The Panthers managed to score only 3 goals against the weak Ottawa Senators on Thursday and Huberdeau was held pointless. Huberdeau has gone pointless in consecutive games only once this season, so it is likely we see him have a big night. With his current pace of 1.39 points per game, I like the chance of him getting 2 or more.

John Tavares of the Maple Leafs is in midst of one of the longest goalscoring droughts in his NHL career. He has not scored a goal in 14 games. That is very hard to believe when you consider the talent he is surrounded by on this Toronto team. Tavares has been hearing it from the Toronto media, even though he has been contributing to the Leafs games in other ways and still producing offensively. I can imagine he is determined to put an end to the goal drought talk. What better stage to do so than a Saturday night in Toronto? Tavares and the Leafs as a team will come out firing, looking to bounce back from their brutal 6-1 loss against the Buffalo Sabres. Tavares will see a different winger to his left tonight, as Nick Robertson is slated to skate beside him. Robertson is an extremely talented offensive player who should be able to create more time and space for Tavares to get pucks on the net. Look for a huge game out of the Leafs captain and take him to record over 2.5 shots on goal.