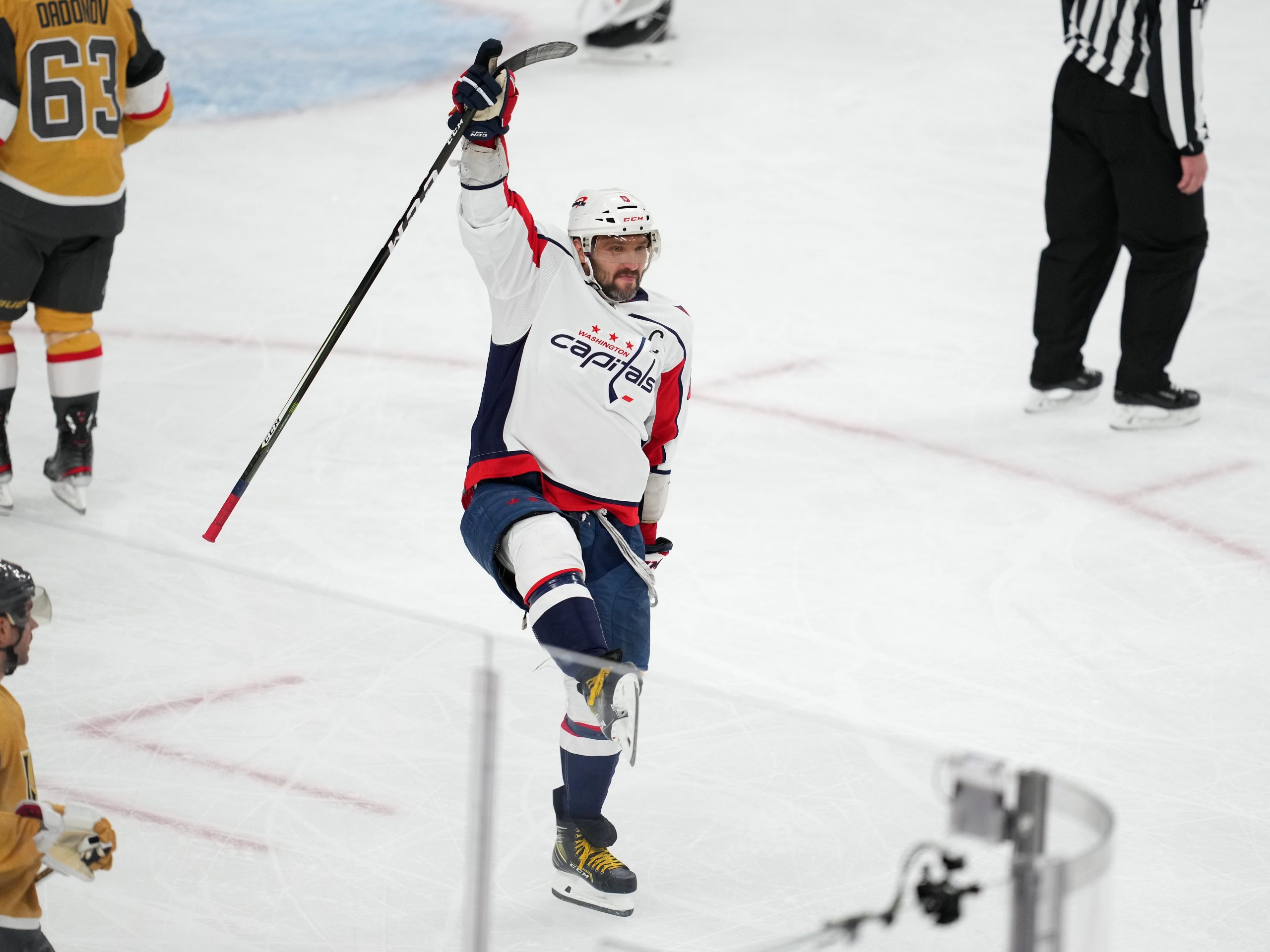 As playoff berths are clinched and once-hopeful teams are eliminated, it can be difficult to navigate the NHL slate. Not only do we have previews for sides and totals, but the player prop market as well. Individual players can provide great value if there are questions surrounding a team’s motivation for a particular game. Let’s take a look at the Capitals and Golden Knights, who are both eyeing the postseason. Along with our player props, be sure to check out our full game previews for tonight’s matchups.

If there is one player in the NHL who has been synonymous with goals in the past decade, it’s Alex Ovechkin. He just tied the great Wayne Gretzky and Mike Bossy with his 9th 50-goal season. He’s done so at the age of 36, and shows no signs of slowing down. It certainly helps that he takes an abundant amount of chances. Ovechkin has 330 shots in 76 games this season, nearly 4.5 shots per game. He’ll also have another advantage on Sunday night.

The Capitals are taking on the Maple Leafs, who are on the second night of a back-to-back. Starting goaltender Jack Campbell was in net against the Panthers yesterday, leaving Erik Kallgren expected to face Washington. He is actually their third option, with Petr Mrazek injured, and has an abysmal .882 save percentage. There is also no concern for a lack of motivation. Firstly, Ove is known for going 100% every night, as famously noted by his teammates. More importantly, the Capitals are still fighting for every point. They are currently set to take on the Florida Panthers in the first round of the playoffs and would love to avoid that. Look for Ovechkin to avenge his pointless last game and find the back of the net on home ice against the Leafs’ third-string goaltender.

When healthy, the Vegas Golden Knights have one of the best rosters in the NHL. They’re beginning to get some key skaters back from injury and the timing couldn’t be more perfect. Vegas is fighting for the last playoff spot in the Western Conference, and Jonathan Marchessault should be able to help tonight. They have a key matchup on Tuesday against the Stars, but defeating the Sharks on the way would greatly increase their chances of a postseason berth.

Thankfully for the Knights and Marchessault, the Sharks will be on the second night of a back-to-back, having faced the Blackhawks on Saturday night. Regardless of who is San Jose’s goalie, they’ve had goaltending issues all season. They’ve had to switch between James Reimer and Adin Hill for the starting role, and neither has been worthy. Between them, they’ve had the Sharks in the bottom half of the league all season, allowing 3.16 goals per game. Marchessault has led Vegas to this point as Max Pacioretty and Mark Stone were both out with injury for a large part of the season. He’s leading the team in shots, points and goals. Stone is not much of a shot-taker and prefers to dish out apples for Marchessault to finish. It may not be 50 like Ovechkin, but Marchessault should complete his 30-goal season and help get the Golden Knights closer to the playoffs.