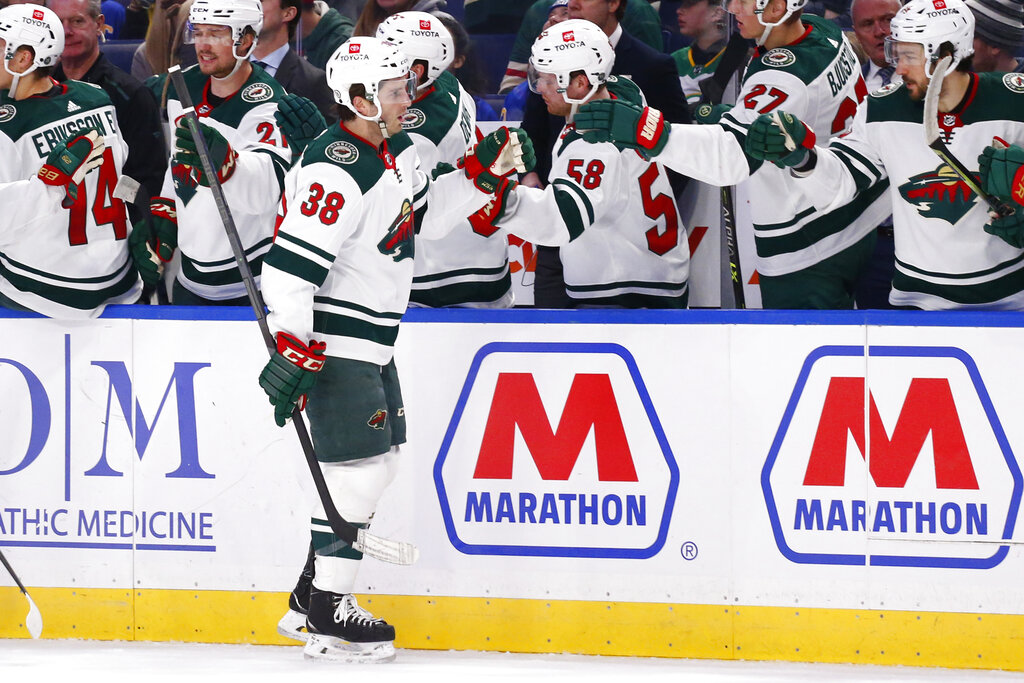 There are 8 NHL games tonight, we’re going to take a deeper dive into 2 of the matchups and choose 2 player props we think will provide good value and will have a great chance of hitting. Games are starting at 1:00 pm ET and the final game of the night starts at 8:00 pm ET.

Ryan Hartman has been surprising a lot of people by playing on the first line. He’s been showing off his high level of speed and skill. Playing with Kirill Kaprizov has probably helped Hartman as a player, it has definitely contributed to Hartman’s goal-scoring success. He’s currently on a 2-game goal streak with three goals in that span. For +180 odds, bettors are getting great value for Hartman to record a goal tonight. He’s been on a hot streak as of late, and recently just passed his career-high in goals. The last time these 2 teams met it was a high-scoring 7-4 final score. This game should have a lot of action, and the first line for the Wild will absolutely be in the mix. Back Hartman to score.

After missing nearly 6 weeks due to an injury, Nikolaj Ehlers returned on Friday. He posted an assist and 6 shots in his first game back, and he should have a similar performance here tonight. After missing a substantial amount of time, it’s normal for a player to try and get caught up to game speed by getting shots on goal, hits, blocked shots, etc. Considering Ehlers is a natural goal scorer, he’ll be hunting the back of the net until he successfully pots one. Naturally, this will lead to more shots on goal. Ehlers has always had a shoot-first mentality. Prior to his injury, he was totaling 5+ shot games every other night. He is the number one shooting option on the second power-play unit. Ehlers is a shooter, and at -105 odds bettors are getting great value for a player who just returned from the IR. Take him to record over 3.5 shots tonight.