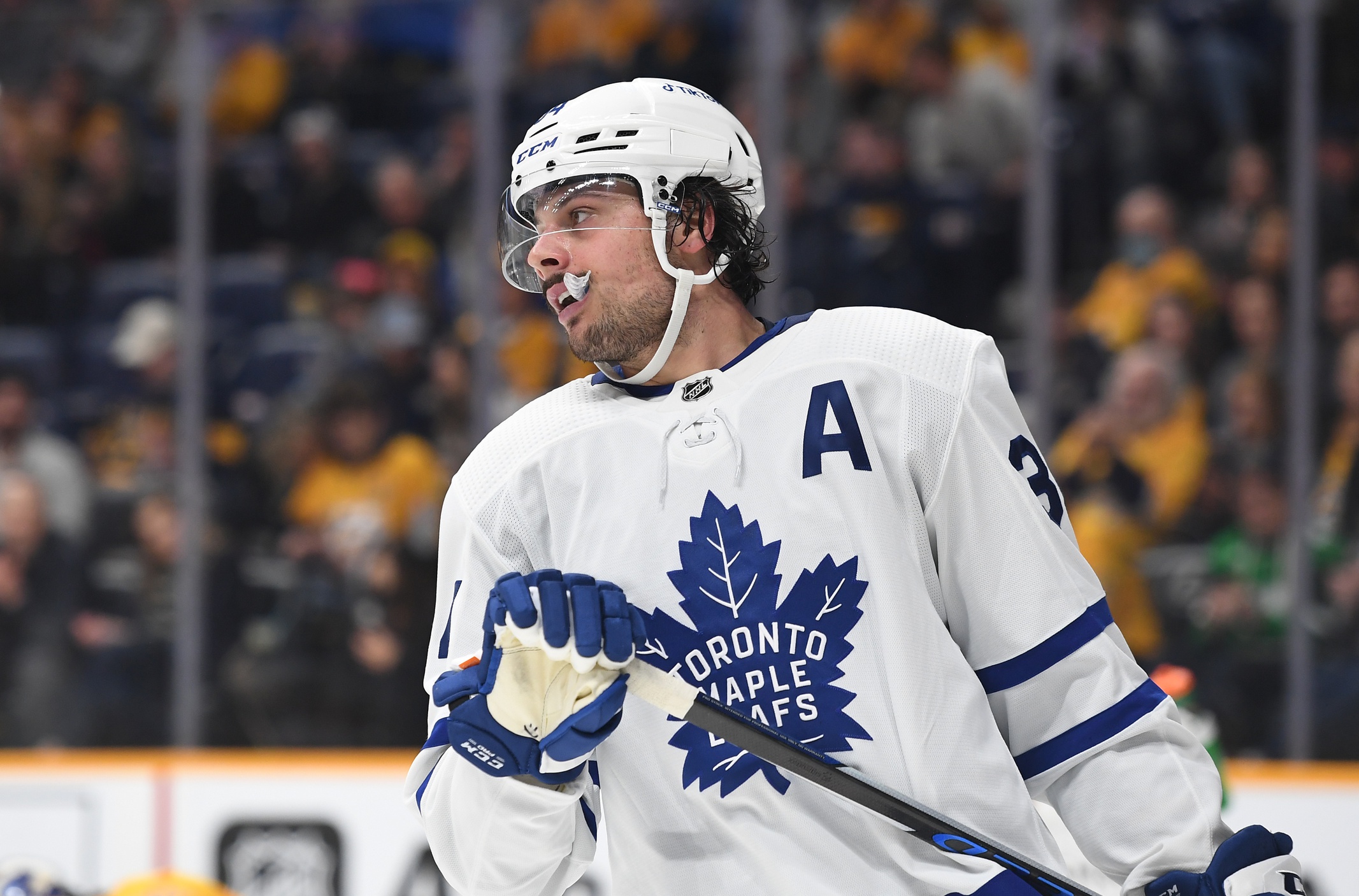 There are 9 games in the NHL tonight, and we’re going to take a deeper dive into 2 matchups and choose some player props we think will provide good value and have a great chance of hitting. The games are starting at 7:00 pm ET, with the final game of the night at 10:00 pm ET.

All eyes are on Auston Matthews tonight as he looks for his 50th goal of the season. He can become the first player to do it in 3 years. He has scored 40 goals in his last 42 games, and has scored in 9 of his last 10 games, including the last 3. Matthews and the Toronto Maple Leafs are playing the Winnipeg Jets tonight. The last time the teams met, Matthews scored a goal. The Jets are allowing 3 goals per game this season, while the Leafs are in an extremely tight playoff battle, and every game down the stretch matters. With Matthews having an MVP-type season, the Leafs will need him to perform if they want to walk away with 2 points tonight. Take him to record over 0.5 goals.

Alex DeBrincat has been playing the best hockey of his career over the last 2 weeks. In his last 4 games, he has 4 multi-point games and has scored in each match. At +130 bettors are getting incredible value for a player who has scored in 4 games in a row. Tonight, DeBrincat and the Chicago Blackhawks will be playing the Florida Panthers, who haven’t looked that great defensively. They’ve allowed 3 or more goals in their last 4 games, and in their last 2 games, they’ve allowed at least 4. While the Panthers are on their way to securing a #1 seed, they are prone to giving their opponents plenty of chances. DeBrincat averages more than 20:30 minutes a night and 3:32 minutes of powerplay time. Take DeBrincat to extend his goalscoring streak to 5 tonight with another goal.