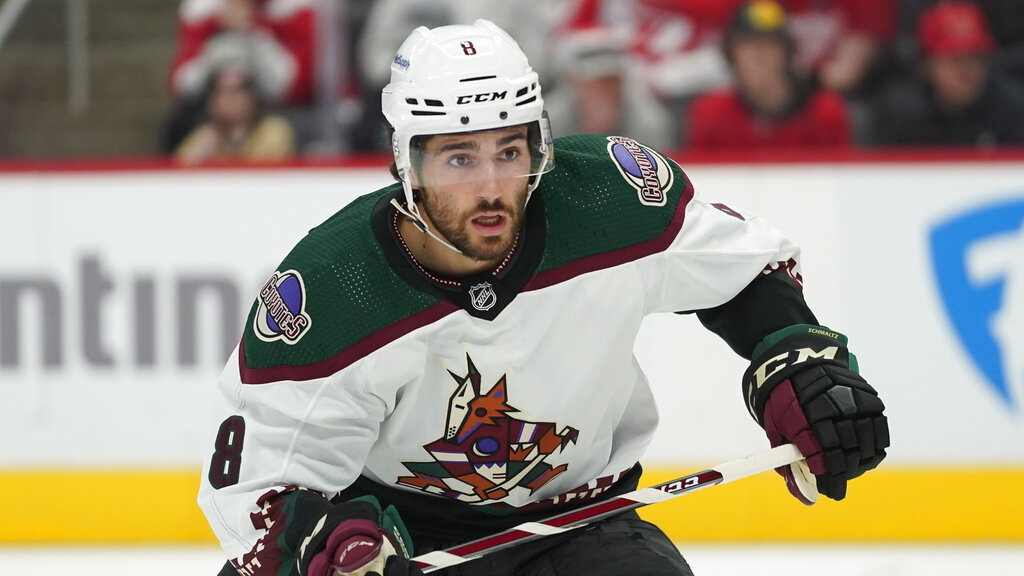 There are 13 NHL games tonight, we’re going to take a deeper dive into two of the matchups and choose two player props we think will provide good value and will have a great chance of hitting. Games are starting at 7:00 pm ET and the final game of the night starts at 10:30 pm ET.

Patrick Kane is coming off of a career-high night for points. With 6 points against the Anaheim Ducks, Kane now has 11 points in his last 4 games. He’s been red hot, and this has translated directly into him shooting the puck more. In his last 9 games, he’s totaled 4 or more shots in 7 of them. Oddsmakers are undervaluing Kane’s ability to shoot the puck, and clearly aren’t taking into account his shot totals over the last three weeks.

Kane has been a dominant force in the offensive zone, and as the best player on Chicago’s team, it seems he’s decided to take things into his own hands. As seen in his last game, Kane has the ability to take over a game at any point, and with how well he’s been playing, over 3.5 shots should be an easy hit. This is the first meeting between these Original Six teams in more than 2 years, so there is an element of the unknown. However, bettors should take Kane to record over 3.5 shots tonight.

If Nick Schmaltz keeps producing, bettors should keep tailing. Schmaltz currently has 11 points in his last 2 games. He has been absolutely incredible and these odds are seriously undervaluing how he has played as of late. He’s now found himself with 37 points in 37 games and stands alone as the only point per game player on the roster. Tonight, Schmaltz and the Coyotes will be playing the Toronto Maple Leafs, who haven’t been playing too well recently. Since January 1, the Leafs have had the worst combined goaltending in the league. They’ve allowed 4 or more goals in their last 4 games. If the Coyotes are expecting to score tonight, their top line and Schmaltz will be expected to get on the scoreboard. Take Schmaltz to record over 0.5 points tonight.