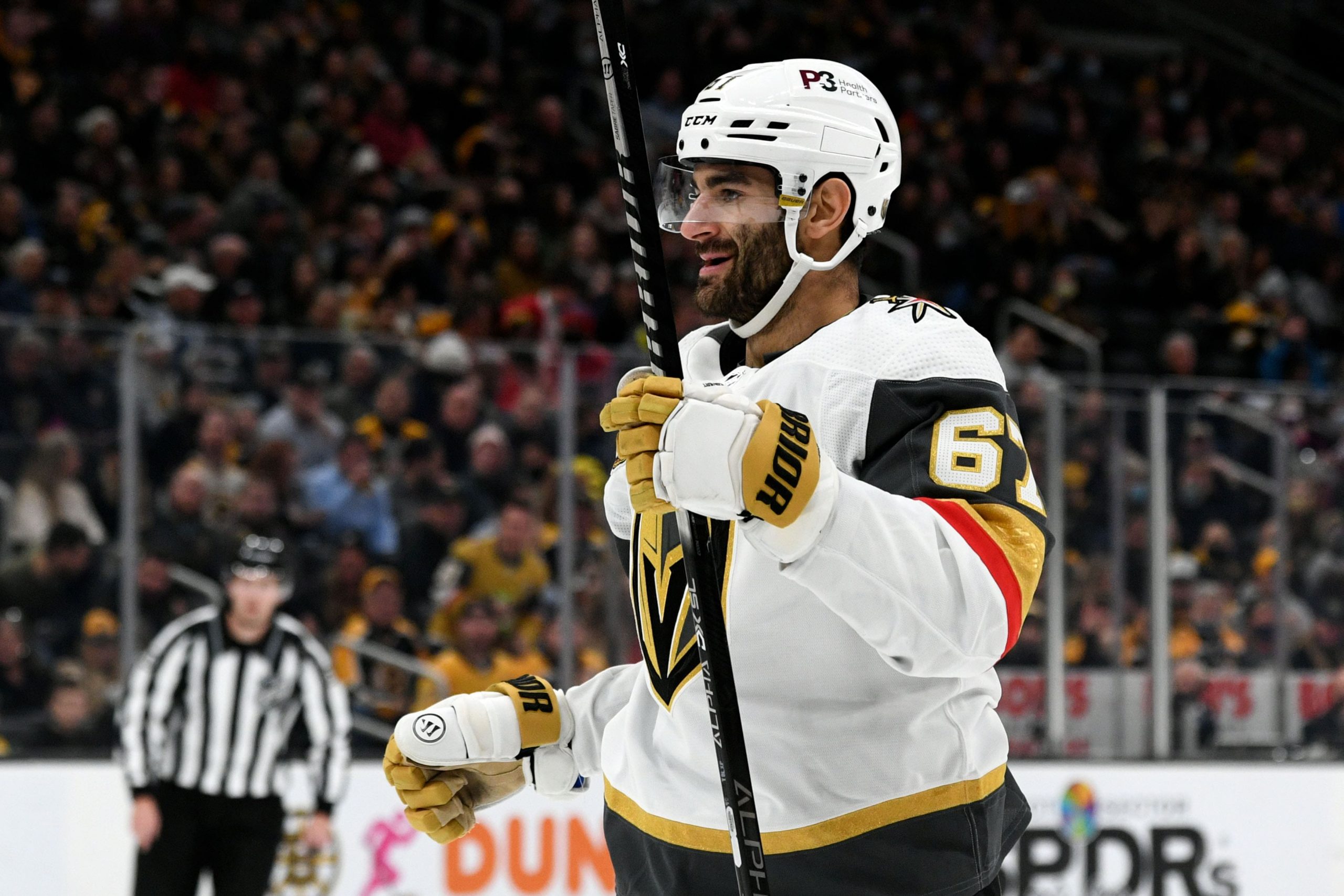 There are 10 games on the NHL docket tonight. We’re going to take a deeper dive into 2 of the matchups and choose 2 player props we think will provide good value and will have a great chance of hitting. Games are starting at 7:00 pm ET and the final game of the night starts at 10:00 pm ET.

Since returning from injury, Max Pacioretty has been on fire. He’s on a 9-game point streak and has scored a goal in 7 straight games. In 11 games played this season, he has 12 goals. All 12 have come in his last 7 games, and +125 odds provides incredible value when you consider the run that Pacioretty has been on. If anyone has been tailing him for his last 2 weeks, they have made a lot of money. Additionally, since returning from injury, Max has recorded 3 or more shots on goal in 10 straight games. He’s been shooting the puck almost every opportunity he gets, and even totaled 10 shots last week against the Flyers. On the year he has 62 shots in 11 games with a shooting percentage of 19.4.

The Golden Knights will be playing the New Jersey Devils tonight. New Jersey has allowed 3.26 goals per game which ranks 24th in the league. The Devils are on a 3-game losing streak and haven’t been playing their best hockey over the past week. They’ve allowed 13 goals during their losing streak, including giving up 6 in their last game played. Pacioretty should have a great chance of scoring again tonight, so bettors should take him to record a goal at +125.

Be sure to check out our full game preview for the Vegas Golden Knights vs. New Jersey Devils.

Cam Atkinson is coming off of his best night as a Philadelphia Flyer. He recorded his first hat-trick and added an assist on Tuesday against the Devils. His confidence will be at an all-time high heading into this game, and he should carry some momentum over from Tuesday’s performance. Atkinson riding a 2-game point streak, so he has some incentive to keep that streak alive as well. The Flyers have also seemingly turned their season around a little bit. After losing 10 games in a row, they are currently riding a 3-game winning streak. The energy in the locker room has probably done a complete 180 and players like Atkinson are feeling a lot better going into tonight.

Tonight the Flyers will be playing the Montreal Canadiens. Cayden Primeau is expected to start for the Habs and he currently is posting a 4.80 GAA and .877 save percentage this season. He’s been the worst backup in the league, and will have a tough task going up against a Flyers team that is starting to heat up. Atkinson’s chances to record a point will be high tonight, so consider backing the over on his point total prop.

Be sure to check out our full game preview for the Philadelphia Flyers vs. Montreal Canadiens.