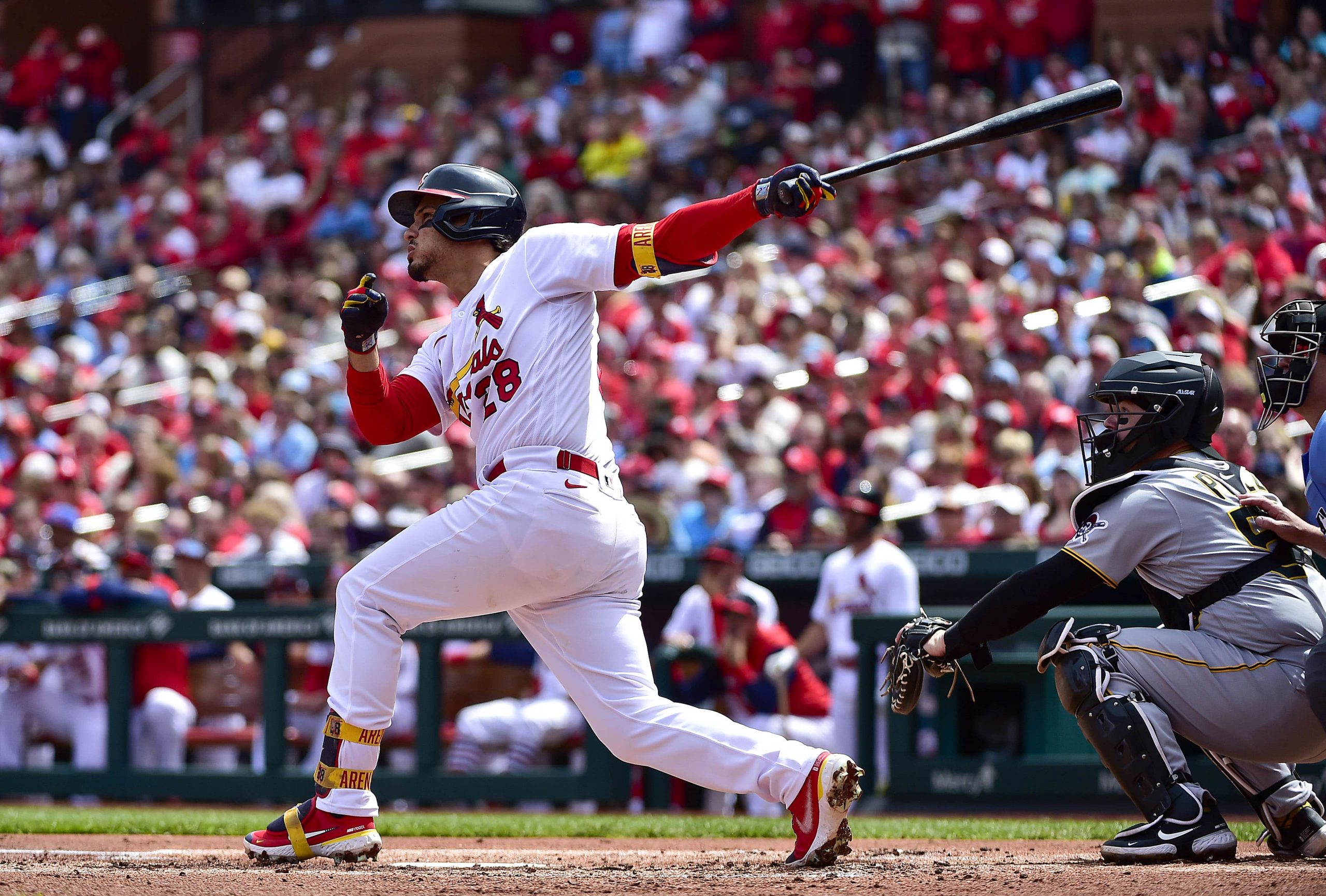 Tuesdays are a beautiful day in baseball as they bring on a slate of brand new series for the majority of teams. Some teams had the luxury of a rest day on Monday while others did not, which can influence how sides and totals are priced. Therefore, we can also target the player prop market. Specifically, let’s take a look at some teams in red with the Cardinals and Red Sox. Along with our player props, be sure to check out our full game previews for tonight’s matchups.

The Cardinals are back from a rest day on Monday looking to bounce back from losing their last series to the division-rival Brewers. Nolan Arenado has been outstanding this year and will certainly be a primary factor in St. Louis’ success. Game 1 should prove to be a great matchup for Arenado as the Marlins will have Jesus Luzardo on the mound. There’s no doubt he looked solid in his first start, but replicating that performance against a Cardinals lineup will be a tall task. Luzardo’s 6.61 proves that he is likely to regress.

Regardless, no matchup seems to bother Arenado. He’s leading the entire MLB with a ridiculous 1.000 slugging percentage. That statistic is so valuable when evaluating total base props as it is the sum of total bases from hits divided by at-bats. In other words, he averages more total bases each time he comes up to bat than any other player right now. He already has 13 hits on the year, 5 of which are doubles and 4 home runs. With an extra rest day and the team needing to bounce back, Arenado should put up multiple hits, an extra-base hit, or both.

Be sure to check out our full game preview for the St. Louis Cardinals at Miami Marlins

Boston enters Tuesday trying to rebound from yesterday’s loss to the Twins. Losing on Patriots’ Day and only splitting the series against Minnesota is not how the Sox wanted to enter this tough series with the Blue Jays. Rafael Devers should play a primary role in getting them back on track against a divisional opponent. He’ll face Yusei Kikuchi on the mound, who was far from impressive in his first start against the Yankees. Unfortunately for Kikuchi he goes from taking on the big bats of New York to an incredibly potent Boston lineup.

Even choosing which batter will have the best performance out of the Red Sox lineup can be difficult. Devers has Kike Hernandez, Xander Bogaerts among others all batting around him who are impressive in their own right. However, the focus is on Rafael with his consistency and slugging percentage. He has not only been swinging well this season, he also led the team in slugging in 2021. He’s 2nd on the team with a .558 slugging percentage and is slowly catching Alex Verdugo. Devers already has 3 doubles and 2 home runs on the year, each of which would cash this prop immediately. Given the team’s situation, pitching matchup, and Devers’ slugging, back him to hit for more than just a single on Tuesday.