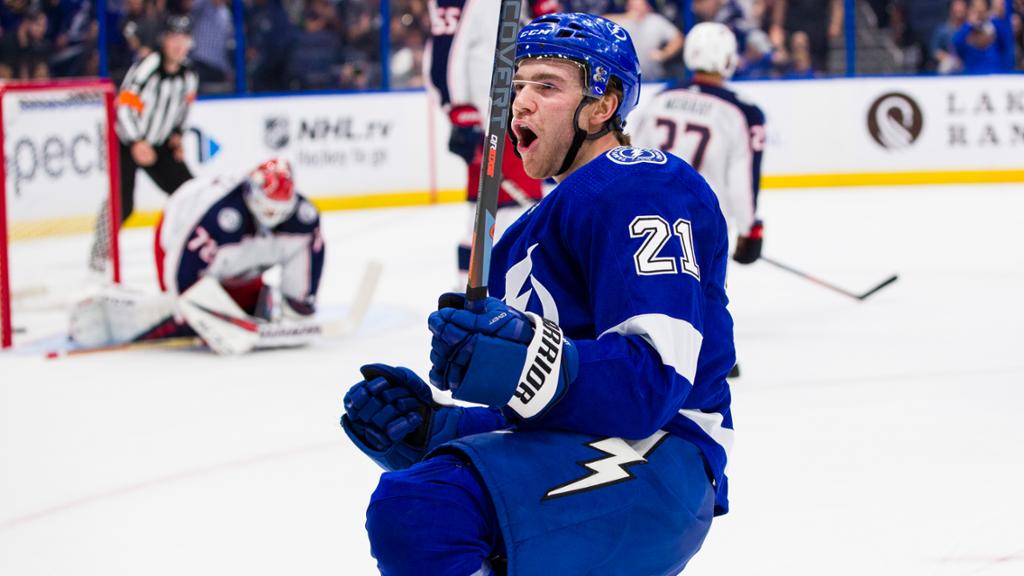 There are 8 NHL games tonight, and we’re going to take a deeper dive into two of the matchups and choose some player props we think will provide good value and will have a great chance of hitting. Games are starting at 7:00 pm ET and the final game of the night starts at 10:00 pm ET.

After missing more than a month of hockey, Brayden Point has returned to the Tampa Bay Lightning and has played in the last 4 games. He’s already made some highlight reel goals, but more importantly, he’s been a consistent threat in the offensive zone. In 3 of the last 4 games, he’s recorded 3 or more shots on goal. With 5 points in 4 games, he’s playing with a lot of confidence and that should carry over into tonight’s game against the Blue Jackets, not the most challenging opponent by any stretch. The Blue Jackets are allowing the most shots against per game in the league with 35.2. Additionally, they’ve been allowing the 5th-most goals per game with 3.47. They aren’t that great defensively, and against a premier player like Point, he should have a great offensive game.

He’s averaging 3:30 minutes of powerplay time per game. With Nikita Kucherov still out of the lineup, Brayden Point has become one of their primary shooters in the bumper position (right in front of the net). Take Point to record over 2.5 shots tonight, he’s done it in 75% of his games since his return.

Erik Karlsson has seemingly turned back the clock this season, he’s looking like the old Erik Karlsson who was a consistent Norris Trophy winner and leading his below-average team deep in the playoffs. He has 22 points in 27 games this season, but more importantly, he’s recorded a point in 10 of his last 12 games. He’s been consistent over the last month of play, and since returning from the NHL’s postponements, he’s recorded a point in 3 straight games. He’s starting to play more minutes as well, playing 26:53 and 29:46 in his last 2 games. Head coach Bob Boughner is showing confidence in Karlsson and that’s likely helping his play on the ice.

The Sharks are playing the Red Wings tonight, which should be a good sign for bettors. They’ve allowed the 7th-most goals per game this season, they haven’t been the best defensive team in the league. These teams haven’t played each other in more than 2 years, so there is an element of the unknown, however, since the return to play, most games have been high-scoring. Take Karlsson to record a point tonight. He’s been red hot lately and consistent all season.

Be sure to check out our full game preview for the San Jose Sharks vs Detroit Red Wings.