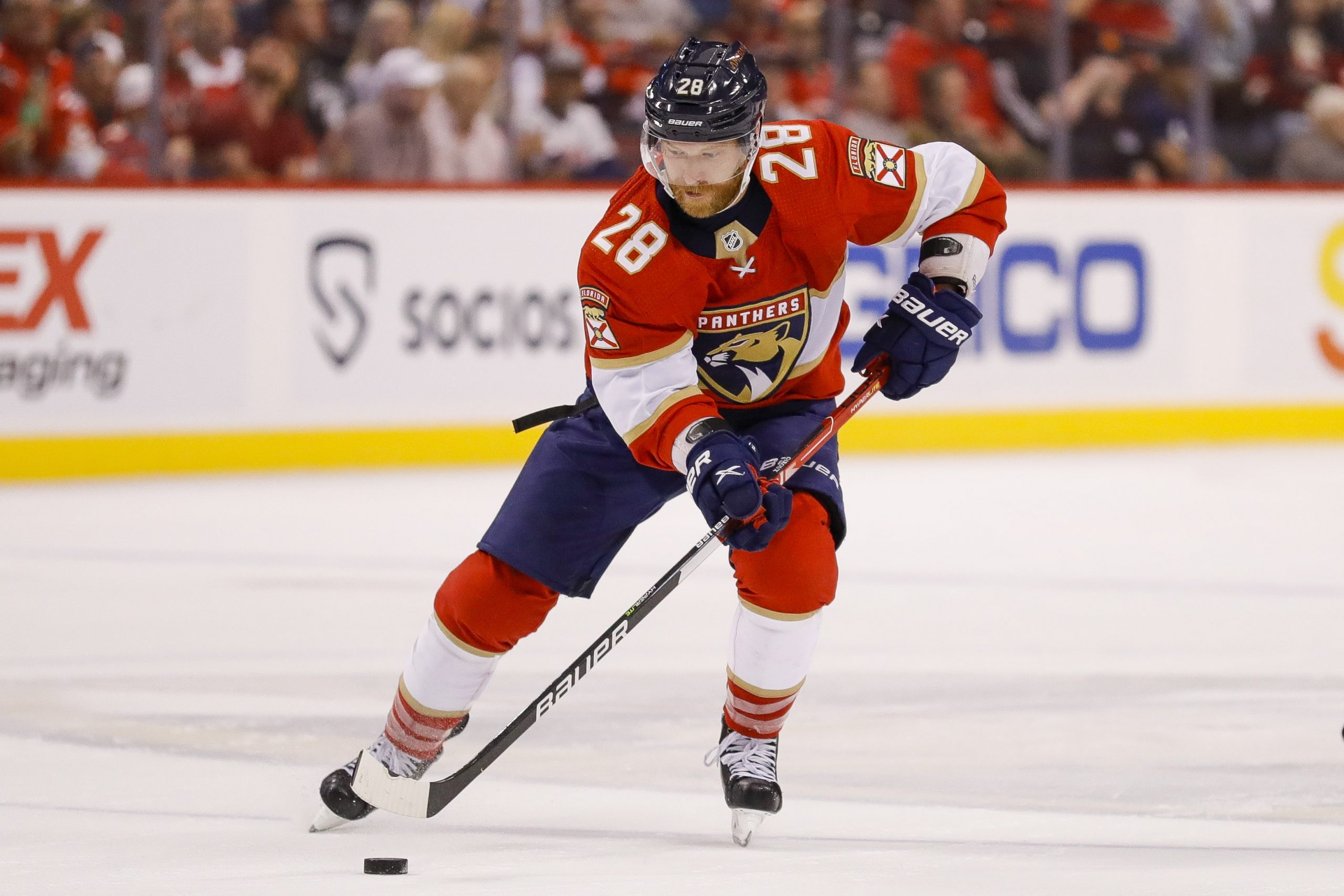 With the first series of the first round completed, there are just 3 games on Wednesday night. The Avalanche had no issues dominating the Predators, but the rest of the series have had some epic games. As the Game 5s continue, each series heads back to where it began. Let’s check out some props with the Panthers returning to Florida and the Rangers desperate to avoid elimination. Along with our player props, be sure to check out our full game previews for tonight’s matchups.

The Panthers were able to make a 3rd-period comeback in Game 4 and ultimately win it in overtime to tie up the series with the Capitals at 2-2. Although they barely squeaked out the win, they have not looked like the Panthers of the regular season. Part of that has been the absence of Giroux’s production these last 2 games in Washington. The Capitals have put an emphasis on slowing down the former Flyers captain and it has affected the Panthers’ goal production. However, the series returns to Florida and that should bode well for Giroux and company.

Giroux recorded a point in each of the first 2 home games of the series, and the Panthers have been a juggernaut at home all season. They were the best goalscoring team at home by far, averaging 4.66 goals per game. Although Giroux has only been on the team since the trade deadline, he immediately began making an impact. He ended the season with 23 points in just 18 games with the team. More importantly, 20 of the 23 points he had came from an assist. With such a drastic ratio of goals to assists, it’s clear he prefers dishing out apples to Aleksander Barkov Jr. and Sam Bennett. It’s time for the Panthers to put on display the goalscoring they are known for, and Giroux should be a part of it.

Similar to the Claude Giroux assist prop, Andrew Copp is another skater who joined his team at the trade deadline. While the Panthers were able to come back and tie their series, the Rangers lost their Game 4 and are in desperation mode. They get to head back to New York for Game 5, which should be a welcomed factor. Another benefit for the Rangers is the fact that the Penguins will be forced to have 3rd-stringer Louis Domingue between the pipes once again.

Pittsburgh’s goaltending situation provides greater opportunity for the Rangers to score and for Copp to contribute. He joined New York from the Jets at the deadline, and recorded 18 points in his 16 games. He’s much more of an assist-man, taking just 32 shots in those 16 games. That should come as no surprise, as teammate Chris Kreider had the 3rd-most goals in the league at 52. Copp was held in check in Game 4, but recorded a point in each of the first 3 games. With the Rangers needing this game to avoid elimination, Kreider will be relied on to continue taking his chances to increase the goalscoring. It should be Copp finding him in the crease with a clutch pass or even a deflection for the assist.

Be sure to check out our full game preview for the Pittsburgh Penguins vs New York Rangers.