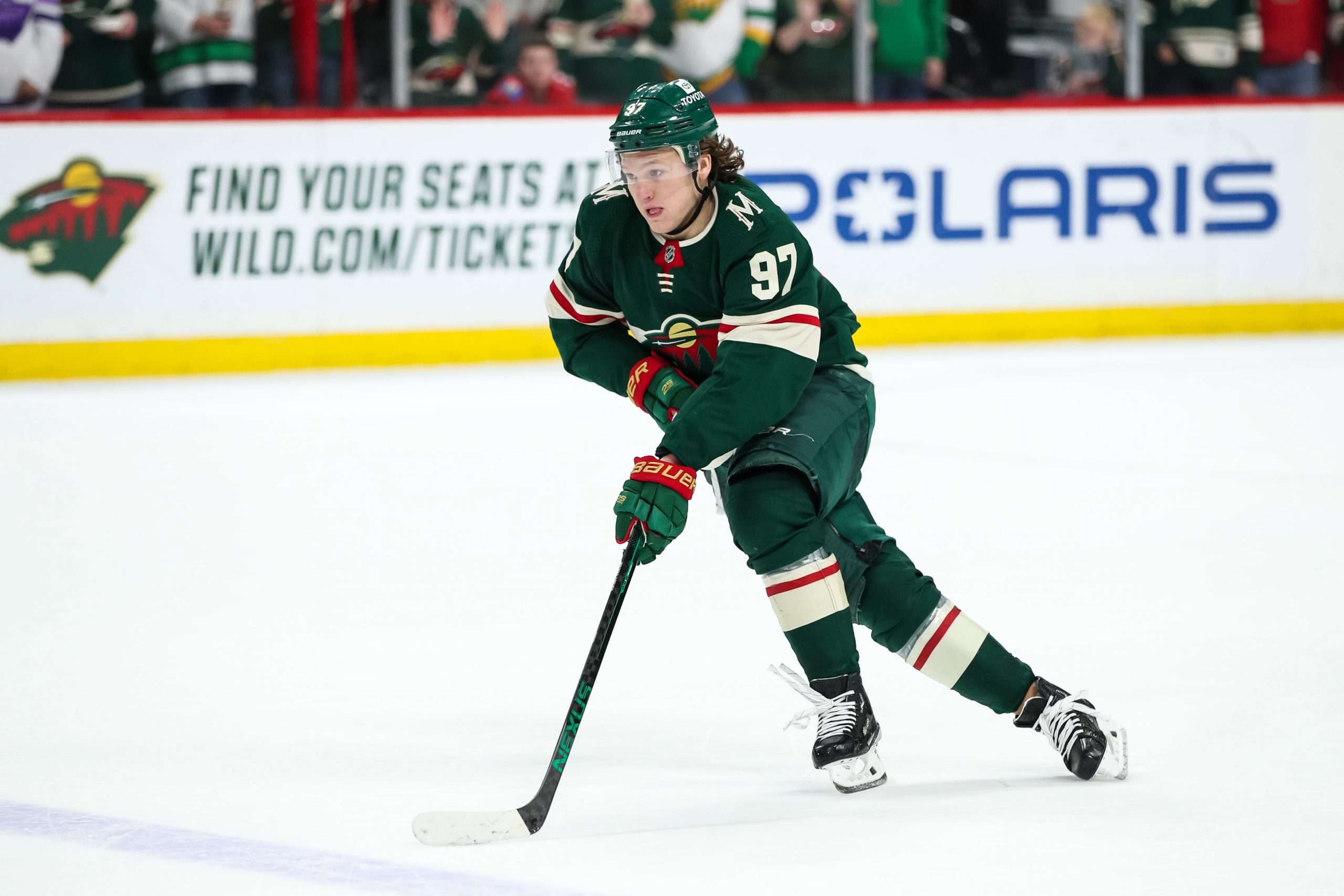 Game 1 for each NHL playoff series is in the books. There were some dominant defensive performances, including the 2-time defending champs being shutout. There were home favorite blowouts and road underdog victories. Wednesday begins game 2 with half the teams looking to bounce back and the other looking to extend their lead. No matter the case, every individual skater understands the importance of each game and provides us various opportunities to find value in the player prop marker. Let’s focus on one who came through for us in game 1 and a defending Stanley Cup champion. Along with our player props, be sure to check out our full game previews for tonight’s matchups.

Read our picks for EVERY NHL playoff game tonight

The young Wild star came through with the shots on goal prop by recording 5 in Game 1. I would suggest playing that prop again, as well as this goal prop. It’s clear he’s not shying away from his opportunities and one of those shots should find the back of the net in Game 2. After going back and watching his shots in Game 1, 2 of the 5 saves made by Blues goaltender Vile Husso were ones that would be difficult to replicate. Kaprizov has already proven he can get those shots by Husso as recently as the last meeting with the Blues in the regular season. That was just over 2 weeks ago when Kaprizov scored a goal on his 5 shots.

Better yet, Kaprizov has scored a goal against the Blues in all 3 games against them this season. That shouldn’t be a surprise as he nearly had a 50-goal season, finishing with 47. That was the 5th-most in the league, and his 108 points was good for 4th-best. It makes sense that his point prop is far too expensive. His goals accounted for nearly half of his points and that prop provides the value.

Kaprizov gives himself those goal-scoring opportunities by leading the team in shots with 289, plus the 5 he had in Game 1. He also has great assist-men in Kevin Fiala and Mats Zuccarello. They each ended the season with over 50 apples, Kaprizov capitalizing on many of them. After seeing his Game 1 shots and previous success against the Blues, expect the young star to find the back of the net in Game 2.

Be sure to check out our full game preview for the St. Louis Blues vs Minnesota Wild

The Lightning were the ones who were shocked in Game 1, getting shut out by the Maple Leafs. However, they’re the 2-time defending champs for a reason and should be able to bounce back in Game 2. While Steven Stamkos and Nikita Kucherov may get most of the love for Tampa, let’s not forget about Victor Hedman. He was the one to win the Conn Smythe trophy in 2020, the team MVP for the Stanley Cup playoffs. Hedman was also the James Norris trophy winner in 2018 for the best defenseman. He’s still as consistent as ever, recording 85 points with 65 assists to end the 2022 regular season.

The entire team was held pointless in Game 1, but let’s also not forget that the Lightning beat the Leafs 8-1 in their last regular-season meeting just 2 weeks ago. Hedman recorded 2 assists that game and should be able to do so again. Despite the Game 1 performance, the Leafs’ goaltending is still their biggest issue. They ended the regular season allowing the 14th-most goals per game, the worst of any playoff team. Hedman is a model of consistency that can take advantage. He ended the regular season by recording at least 1 assist in each of the last 8 games. He totaled 16 assists in those 8 games alone, and we just need 1 for tonight. The Lightning are too experienced to let game 1’s loss affect them. Expect it to be Hedman that assists Stamkos, Kucherov, or even Alex Killorn for those goals.