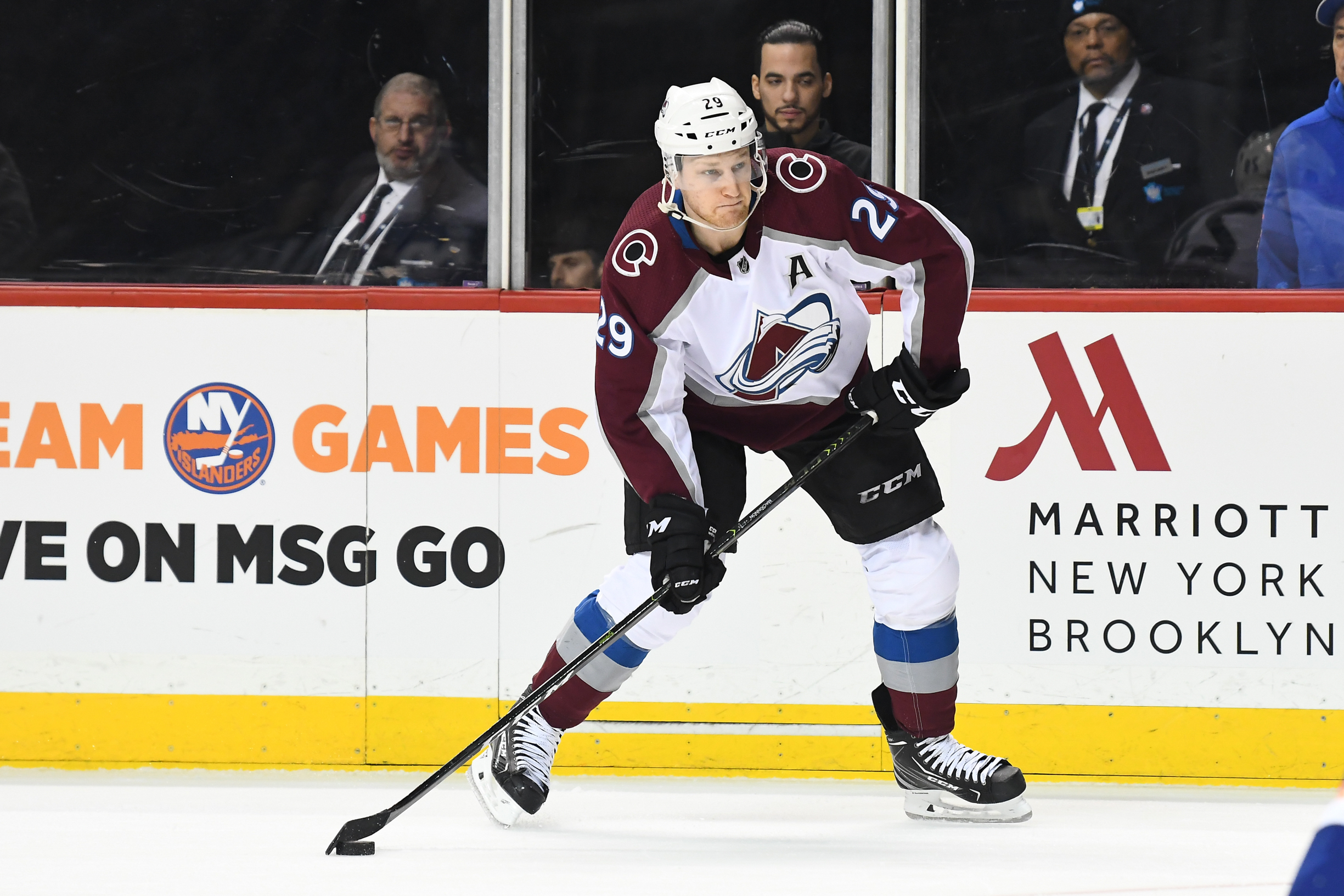 There are only 4 games on the NHL docket tonight, but some of the NHL’s marquee players are in action. Nathan MacKinnon and the Colorado Avalanche take on the Columbus Blue Jackets, while Connor McDavid and the Edmonton Oilers square off against the Nashville Predators. We have a pair of player props for those matchups that we feel have a solid chance of hitting. Along with today’s player props, be sure to check out our full game previews for tonight’s matchups. Also, be sure to follow our main Twitter account for more daily free picks covering all sports.

Tonight the Colorado Avalanche face the Columbus Blue Jackets. It seems to be a favorable matchup for Colorado and Nathan MacKinnon. Columbus’ defense suffered a big loss when Seth Jones went to Chicago, and replacing his 25 minutes of ice time has been a challenge. The Jackets are giving up 35 shots per game, which is the second-most shots per game allowed in the league. That seems to bode well for MacKinnon tonight.

He is averaging right at 3 shots per game this season, but we could see an uptick in that average against a Columbus team that has been poor on the defensive end. In 13 career games against the Jackets, MacKinnon has put 45 shots on goal, or 3.5 shots per game. With just a single goal through 6 games this season, look for MacKinnon to be aggressive trying to find the back of the net. He put 5 shots on goal in his last game, and he should be able to put up a similar number tonight. It’s also worth noting that Mikko Rantanen is considered doubtful for tonight’s contest, which could lead to more opportunities for MacKinnon.

It’s no secret that Connor McDavid likes to shoot the puck. The Edmonton superstar has put 43 shots on goal through 8 games so far this season. That is an average of 5.4 shots per game. Over his last 4 contests, McDavid has put 7, 9, 9, and 4 shots on net. He is playing with a lot of aggressiveness, and that could continue in tonight’s matchup against the Nashville Predators. The Preds are playing in Edmonton tonight on the second half of a back-to-back. Playing on back-to-back nights is already a tough challenge, but doing so on the road against a highflying Oilers team is even more difficult. Look for McDavid to use his elite speed to put the pressure on Nashville’s tired legs.

Nashville goaltender Juuse Saros is posting a solid .922 save percentage so far this season, and has allowed 3 goals or fewer in 7 of his first 8 starts. However, he started in net last night against Calgary, and it is unlikely that he will be in between the pipes tonight. Backup David Rittich is still listed as day-to-day in Covid protocols, so 24-year-old Connor Ingram may get the start for Nashville. He has just one career start under his belt. Knowing Ingram’s inexperience, McDavid should be looking to make life difficult for the young netminder.