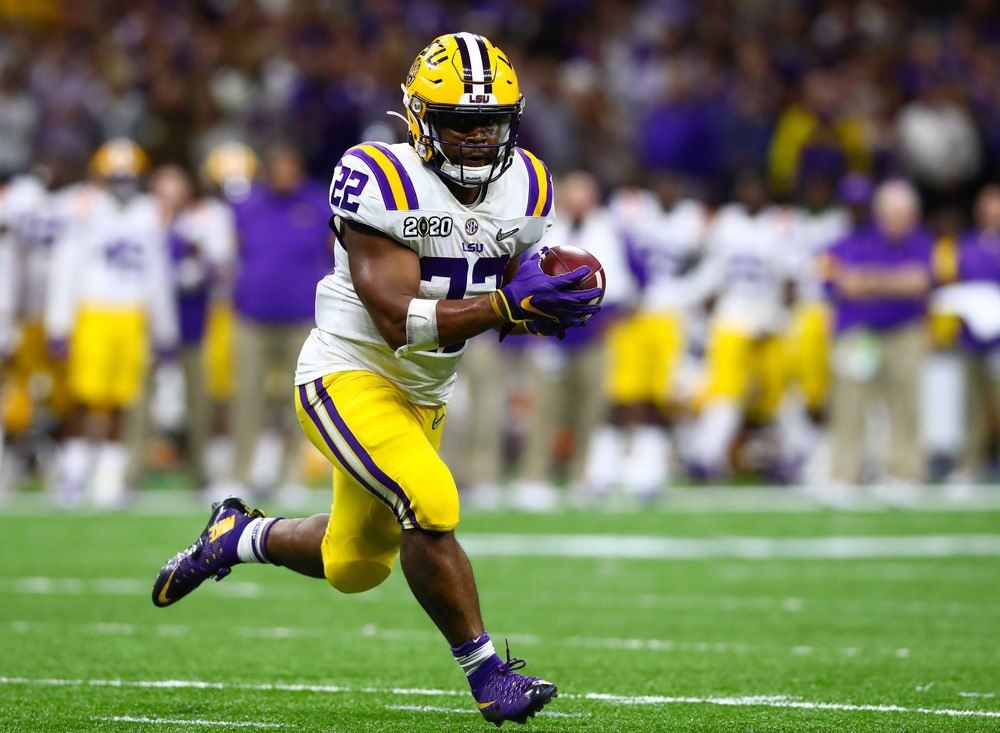 I'm an editor here at Pickswise who was raised in a household full of sports fanatics. Since I unfortunately never had LeBron James' jumping ability I wasn't able to make it to the NBA, and chose writing about sports as the next best thing. An avid sports bettor myself, I'm excited to get to write about the industry as it gets set to take off across the country. Buckle up.
Updated: 11:10 AM ET September 02, 2020

With the 2020 NFL Draft now in the books, we finally know where all the top prospects have landed. Now that we can evaluate all the situations they’re in, it’s worth taking a look at some Rookie of the Year props. When scanning the opening odds on Draftkings’ sportsbook one name instantly stood out, and that’s former LSU running back Clyde Edwards-Helaire.

Edwards-Helaire was drafted at the end of the first-round by the Kansas City Chiefs, and you can currently get him at around +600 at most sportsbooks. For a few reasons, I think he makes the most sense. New Bengals quarterback Joe Burrow is understandably the favorite, but he’s playing on a team that went 2-14 last year.

Edwards-Helaire is walking into the team that just won the Super Bowl, and he should be the clear featured back for the league’s best offense. It’s tempting to go with the quarterback, but when you dig into it you’ll find that four of the last seven Rookie of the Year winners have been running backs.

LeSean McCoy and Damien Williams both managed to average at least 4.5 yards per carry in Kansas City’s offense, and Edwards-Helaire should be able to easily top that considering that McCoy is well past his prime and Williams is a former Dolphins castoff who was in danger of falling out of the league a couple of years ago.

It’s been reported that the Chiefs were looking for someone to fill the Kareem Hunt role in their old offense, and in case you forgot Kareem Hunt put up ridiculous numbers.

As a rookie in 2017 Hunt led the league in rushing with 1,327 yards, adding another 455 yards on receptions. Hunt had to be released midway through the 2018 campaign due to his off-field issues, leaving the Chiefs with a hole in their backfield that they’re just now able to fill.

Hunt’s rookie season came with Alex Smith still at quarterback, and Edwards-Helaire will have the added luxury of having Patrick Mahomes under center. The offense has become even more dynamic since Mahomes took over, and a true featured back has been the one thing they’ve been missing.

Rookie running backs don’t take much time to adjust to the professional game like quarterbacks often do, and Edwards-Helaire should be ready for a full load right away. The front office and coaching staff were reportedly both extremely high on the LSU product, and Andy Reid isn’t going to ease him in. He should be in for a monster rookie season.