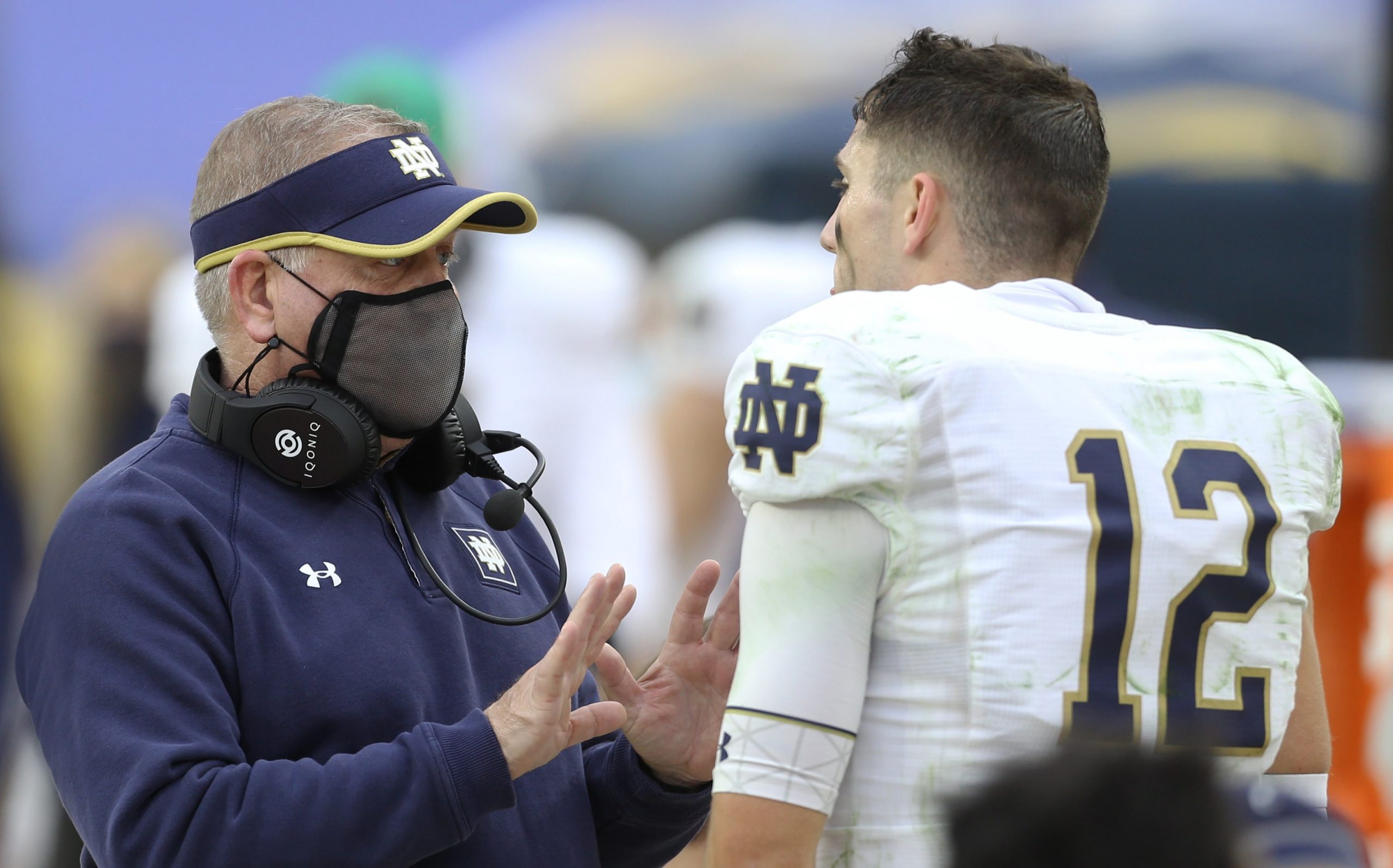 The 2020 college football regular season is officially in the books. It went by in the blink of an eye, but fortunately we’ve still got bowl games before it’s truly done. There aren’t as many as in most years, but thankfully all the big ones are still happening. That of course includes the New Year’s Six, which we’ll be breaking down today.

You can, as always, get all of our free picks on the side and total for every bowl game here, but right now we’re focusing on the few biggest games plus the College Football Playoff. Let’s dive in:

This year’s Cotton Bowl is the non-playoff game that I’m most excited for. Florida did a lot better than most people expected against Alabama in the SEC Championship Game, and I was never ready to write them off after their stunning loss to LSU. Oklahoma also has dealt with a fair amount of adversity, and they closed the season really strong after two early disappointing losses essentially ruled them out of the playoff.

That run culminated in a Big 12 Championship Game win over Iowa State. Unfortunately a handful of top Florida players like superstar tight end Kyle Pitts are going to be sitting this one out to prepare for the NFL draft, but Kyle Trask will still be playing and that might be all that matters for the Gators. Due in large part to the way the Sooners closed the season as well as all the Gators players sitting out though, we have no choice but to lay the three points with Oklahoma.

The Peach Bowl is the game that will feature this year’s non-power conference qualifier, AKA the Cincinnati Bearcats. Cincinnati pulled off an incredible undefeated season, and although they weren’t able to sneak into the playoff this is still a nice consolation prize. These games are always interesting, because the power conference team is often coming off the disappointment of missing the playoff and sometimes isn’t able to get up for this game against a “lesser” opponent. Thus, they often get caught sleeping.

That being said, the Bulldogs very well may have made the playoff had J.T. Daniels been starting at quarterback for them the entire time. They suffered two early losses, but once Daniels was ready to return from injury they rattled off three straight dominant wins. Daniels averaged over 10 yards per attempt with nine touchdowns and only one interception in his three games, and even Cincinnati’s strong defense won’t be able to contain him. That’s why we’re rolling with the favorite again in this game.

The Rose Bowl is one of the semifinal games for this year’s playoff, with Alabama being a massive 20-point favorite over Notre Dame. The Fighting Irish beat Clemson once earlier this season, albeit without Trevor Lawrence, but they couldn’t recapture that magic a second time when they met in the ACC Championship Game. Luckily, they were still able to sneak into the playoff in the last spot with one loss. Ian Book has had a decorated career, can he pull off one of the biggest wins in program history here?

Alabama has looked like a juggernaut like they always do, and they’ve been more or less the undisputed best team in the country all season long. Hence the spread here. That being said, they have looked a little vulnerable a couple of times, like when they nearly got stunned by Ole Miss or when they failed to put away Florida most recently. Mac Jones has been playing at a Heisman level, but the defense has some question marks. They’ve now given up 46+ points multiple times, and because of that we can’t lay nearly three touchdowns with them here.

The other semifinal game will be in the Sugar Bowl with Clemson and Ohio State meeting once again. Dabo Swinney has pretty much been openly saying Ohio State doesn’t deserve to be here after they only played six games this season, which should make this one all the more entertaining. Clemson’s only loss this season was the aforementioned one without Lawrence, while Ohio State went a perfect 6-0 in their abbreviated Big Ten slate.

That being said it was a down year for the Big Ten overall, and Ohio State didn’t really beat anyone too impressive. They almost got shocked by Indiana, and then in the Big Ten title game were very nearly upset by Northwestern as massive favorites. For those reasons, as well as the inconsistency of Justin Fields, we’ve got no choice but to roll with the Tigers here.

Oregon probably didn’t think they had any shot of ending up here. The Ducks only made it to the PAC 12 Championship Game after Washington had to drop out due to COVID issues, and then they upset USC in the title game to finish at 4-2 and get the bid to this one. Iowa State had a great regular season but enters this one licking their wounds after a tough loss to Oklahoma in their finale. A lot of people don’t think Oregon deserves to be here with the way the PAC 12 looked, so they’ve got a big chip on their shoulder.

Iowa State shockingly lost to Louisiana in their opener, but they proved from that point on that was a fluke, and Louisiana just turned out to be better than everybody anticipated. The Cyclones already beat Oklahoma once earlier this season, and they also beat a tough Texas team on the road. Meanwhile Oregon lost to mediocre Oregon State and Cal teams, so we’re going with the Cyclones at a modest price in this one.

The final New Year’s Six game will see North Carolina and Texas A&M meet in the Orange Bowl. UNC got off to a torrid start and even shot into the top five in the polls but they stumbled down the stretch, going only 5-3 in their last eight games with some very bad efforts like in a loss to lowly Florida State. They’ve got the offense to hang with anybody, but the defense has been a liability all season. That being said, they did dominated Miami by 36 points in their season finale, giving them a lot of momentum entering this one.

While Texas A&M went 8-1 and is bitter about being left out of the playoff, it’s hard to be completely sold on them either. You can’t hold their one loss to Alabama against them, but they also didn’t have too many victories outside of a three-point one over Florida. Several of their wins didn’t inspire much confidence either, like when they only beat an 0-9 Vanderbilt team by five. UNC might be bad on defense, but catching more than a touchdown here is too much value to pass up.