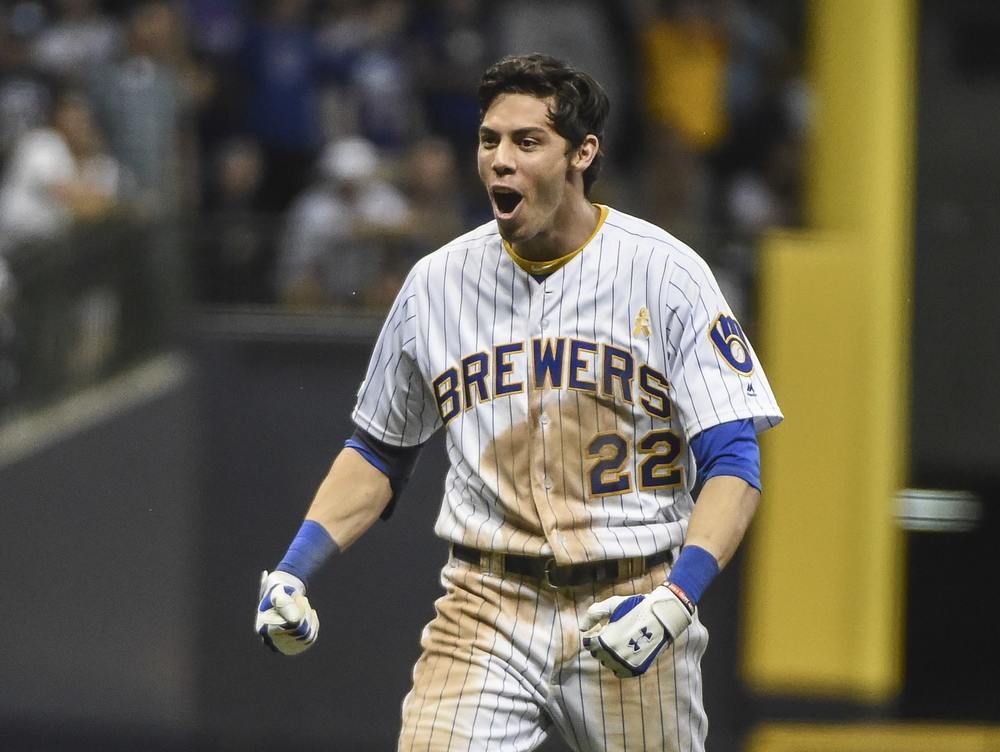 Christian Yelich has been a godsend for the Brewers since they acquired him from the rebuilding Marlins in January 2018. While the former first-round pick was very good during his tenure in Miami, he has become one of the best players in baseball over his first two years in Milwaukee.

And the Brewers are about to reward him quite handsomely for that performance. Recent reports have indicated that player and team are nearing an extension that will keep Yelich under club control through 2028 and that will pay the 28-year-old $187.25MM in new money over the life of the deal. Yelich was already under contract through the 2021 campaign and was due $27.75MM for the 2020-21 seasons, so his contract will be a nine-year deal worth $215MM.  The club option year that existed for the 2022 season will be eliminated.

From a team perspective, Yelich’s presence has coincided with the first back-to-back playoff appearances for the Milwaukee franchise since the 1981-82 seasons. While the Brewers lost a heart-breaker to the eventual world champion Nationals in last year’s NL wildcard game – a game in which Yelich didn’t play due to injury – the club came within one game of advancing to the World Series in 2018.

So even though there was no rush to get something done, the pending deal makes plenty of sense for both sides. Though Yelich’s average annual payout checks in at just below $24MM, that’s a bargain by today’s standards for what he brings to the table, so the Brewers are getting something of a steal. As for Yelich, while he may be selling himself a bit short, he was not going to hit free agency until 2022 at the earliest, and most likely not until 2023.  So it’s difficult to say if his earning power would be the same then as it is now, and let’s face it, $24MM per year is still a pretty nice chunk of change. It’s unlikely he’ll be beating himself up for pocketing a guaranteed $215MM while he has the chance to do so.

But if the Brewers are going to make the playoffs for the third straight year, it’s going to take another Herculean effort from Yelich, and then some. The team had a quiet winter that saw Yasmani Grandal and Mike Moustakas depart via free agency, and PECOTA projects a 79-win campaign in 2020.

Luckily, the knee injury that knocked Yelich out of the end of the 2019 season and the wildcard game – and which may have denied him a second straight MVP – clearly does not appear to be an issue, so at least Brewers fans will get to look forward to seeing their superstar trolling the outfield for the foreseeable future.