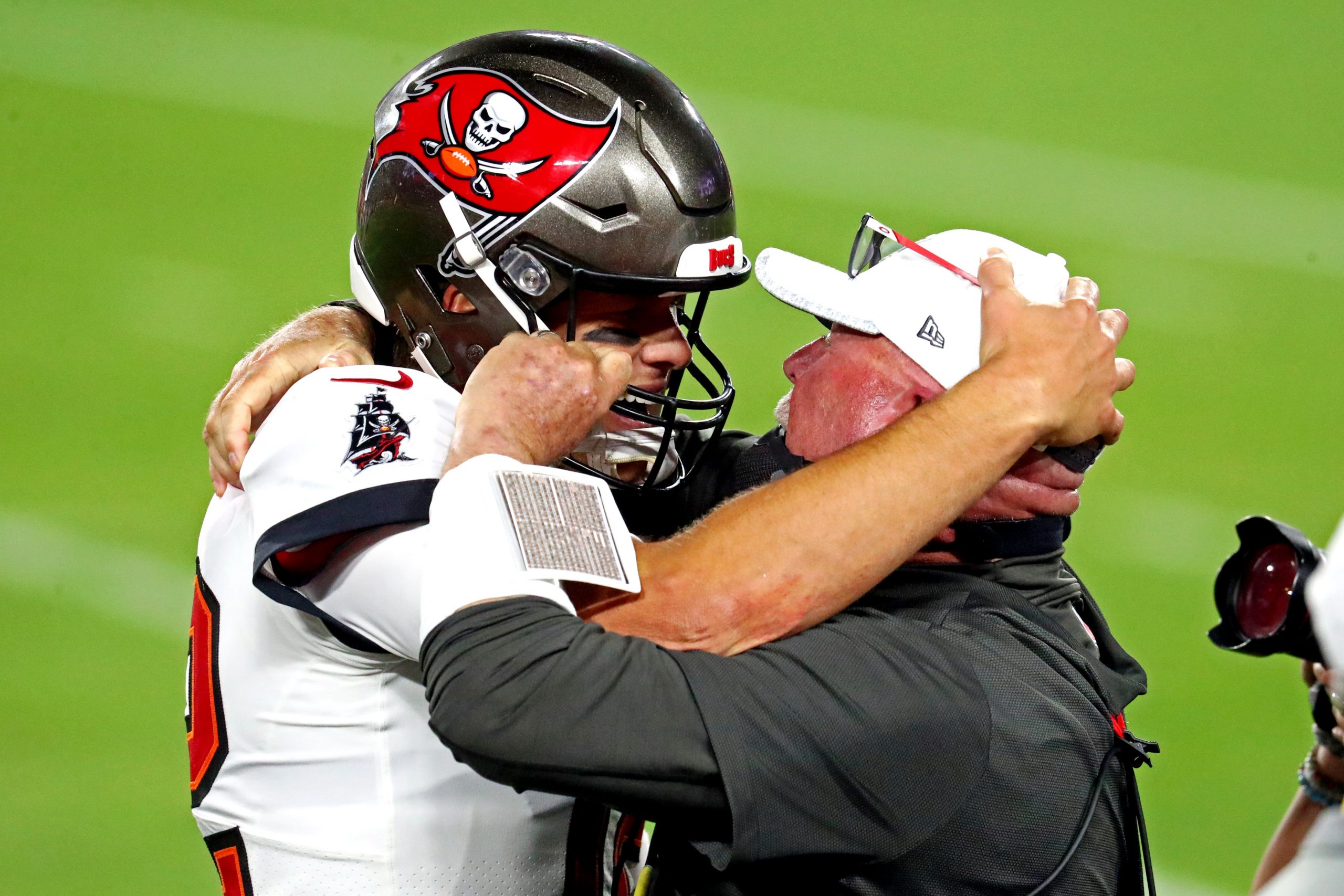 You might think that a team’s Super Bowl odds would get bigger after the loss of an established head coach who led them to a Super Bowl win, but that’s not the case with the Tampa Bay Buccaneers.

Bruce Arians announced on Wednesday night that he is stepping away from his head coaching job to move to a role in the team’s front office, with defensive coordinator Todd Bowles replacing him.

Arians, who will turn 70 in October, spent 3 seasons with the Bucs, leading them to glory in their own stadium in Super Bowl LV against the Kansas City Chiefs, following an 11-5 season.

They did even better in the regular season last year, winning the NFC South with a 13-4 record, but losing to the Rams in the Divisional Round of the playoffs.

This coaching change is not even the biggest upheaval of the Bucs’ offseason, after the major drama of legendary quarterback Tom Brady announcing he was retiring on February 1, only to change his mind and return to the team on March 13.

The Bucs had odds around +1000 at the end of last season to win the 2023 Super Bowl, but drifted out to as big as +2800 when Brady retired, with no obvious successor ready to take over, as the choice appeared to be between veteran backup Blaine Gabbert and the untried Kyle Trask.

However, Brady’s return saw those odds drop right down to +800 as the Bucs looked set to go for one last Super Bowl run with this squad. That plan has changed slightly with Arians moving off the coaching field, but there has been no easing of their odds this time.

In fact, FanDuel Sportsbook and DraftKings Sportsbook both have the Bucs at +700 odds for the Super Bowl, behind only the Buffalo Bills (+650).

Perhaps reports of tension between Brady and Arians was indeed behind the QB’s departure and return, and even Arians’ change of role?

The Bucs’ prospects next season

Having looked to be in QB trouble themselves, the Bucs now have Brady back while the rest of the division has some mid-market passers at best. The Falcons have lost Matt Ryan to the Colts and brought in Marcus Mariota, the Saints are still searching for a true successor to Drew Brees and are looking to Jameis Winston, while the Panthers probably know they need to do better than Sam Darnold.

The Saints and Falcons both reportedly pursued Deshaun Watson before he was traded to the Browns, while the Panthers will surely make another move at QB, either in free agency, through a trade, or the draft.

With a stronger roster at his disposal in this opportunity and with apparent support both from those in the locker room and in the front office, it will certainly be interesting to see how far he can take the Buccaneers in the post-Arians era.

Pickswise is the home of NFL Picks. Be sure to check out all of our offseason coverage as we gear up for the 2022 campaign.