Chicago Bears: What will their 2020 record be? 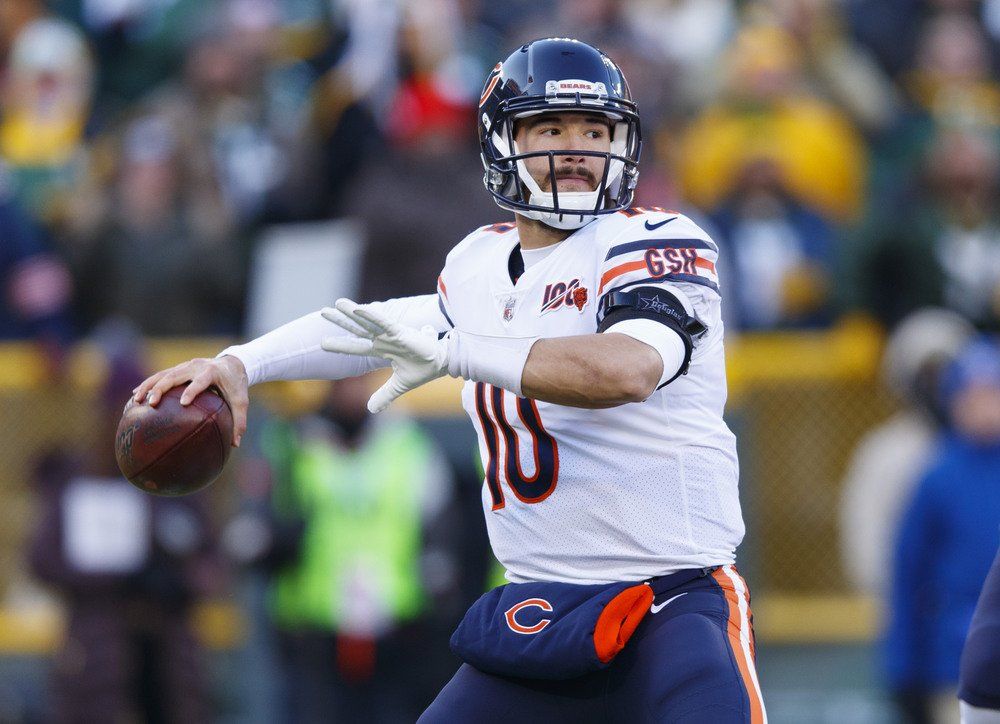 The Chicago Bears are looking forward to their brand new offense ran by QB Nick Foles as they look to finally compete in the NFC North. Does Foles still have some magic left in him? It clearly was not with him when he joined the Jacksonville Jaguars.

Let’s see if the Bears can finally have a passing offense as Pickswise takes a look at each game-by-game and predicts the outcome for the Chicago Bears this upcoming season.

An old school divisional game lands in favor of the Bears. Mostly part to the excellent defense Win

The veteran does just enough to get the victory here as the tough Bears defense shuts down Daniel Jones. Win

A perfect dream scenario would have the Bears at 3-0 after week three. However, this is no dream, welcome to reality. Loss

If trying to take down the Falcons was enough problems, wait until they face a more well rounded Colts team. Loss

QB Tom Brady struggled against the pass rush in 2019 as Chicago does exactly that. Win

A free win here as Chicago only has to stop CMC in order to control the game. Win

Last year did not bold well for the Bears in Los Angeles as there won’t be much different here. Loss

Can QB Nick Foles finally get his revenge on QB Drew Brees? Not this season. Loss

A tough road matchup as the Bears will need to utilize Nick Foles to his fullest. Luckily, he does so and takes down Tannehill. Win

Winning back to back road games is a hard task alone. Now add in the Vikings who could easily represent the North. Loss

QB Aaron Rodgers might be on borrowed time, but he’s easily the best on the field for a reason. Loss

A wonderful sweep for the Bears as they have their most dominant home win in week 13. Win

How will QB Deshaun Watson run the offense without top wide receiver Deandre Hopkins? It’s a question everyone is wondering. Win

Minnesota was one of the best home teams in 2019 and will surely not allow a rival to come in and mess up their playoff spot. Loss

QB Nick Foles returns to Jacksonville and throws for three touchdowns as Jags fans scratch their head in confusion. Win

Could the Bears be playing for a playoff spot here? Possible. Unfortunately, I think Chicago is a year or two away from reaching the playoffs. Loss

Taking an early look at the 2020 Chicago Bears season, I have them finishing with an 8-8 record. In 2019 they finished with an 8-8 record and finished third in the division. In 2020 I expect a slight improvement from Foles, but nothing drastic to see them making the playoffs.